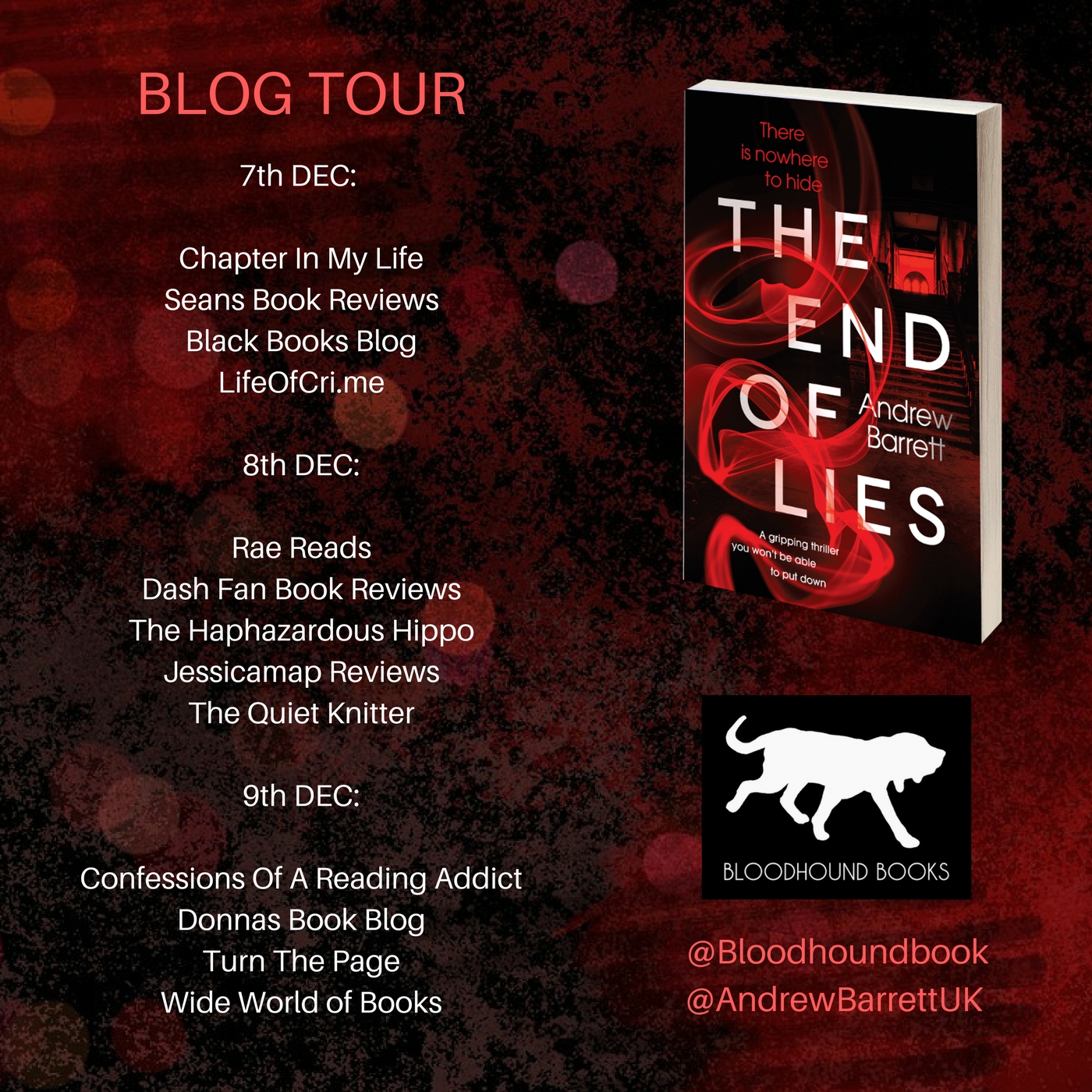 Thanks to Bloodhound Books and Andrew Barrett for the advanced ebook copy in exchange for my honest review!

THE END OF LIES by Andrew Barrett (out yesterday!)

Not only does it have a great cover (I’m a sucker for red and black) but it was a fantastic thriller. 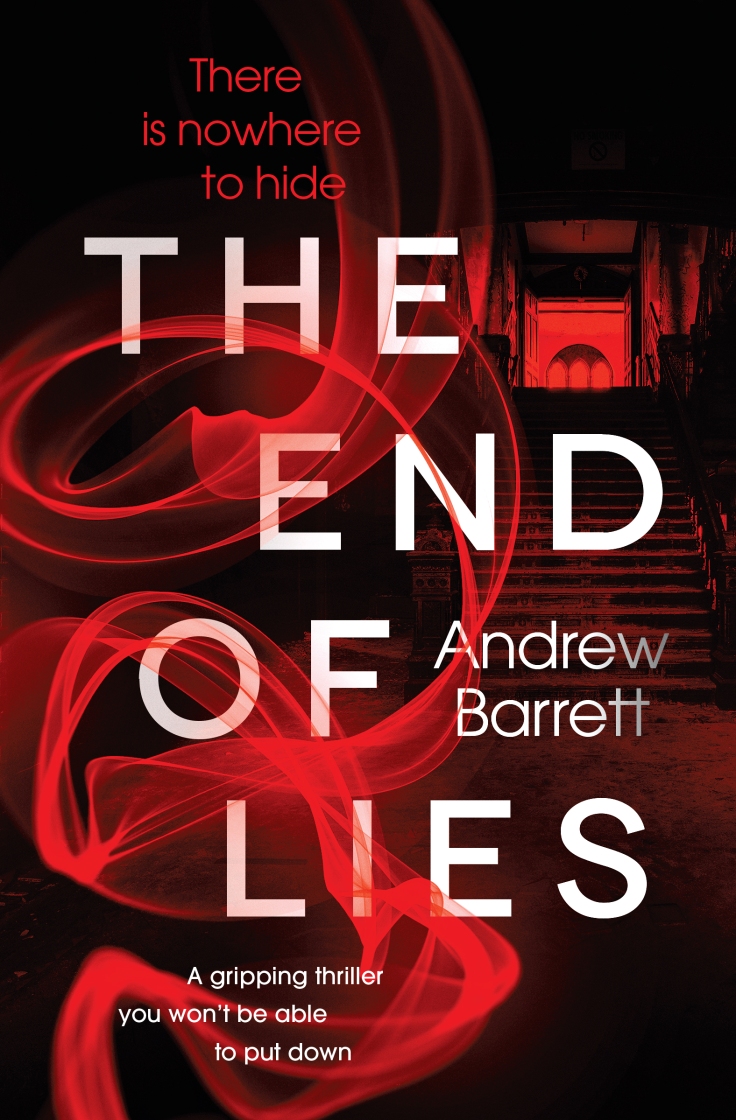 My name is Becky. I arrived home to find my husband, Chris, stabbed to death and a gang of men ransacking our house.

Turns out that Chris has something that belongs to them. And if I want to stay alive, I have to find it and return it. They have given me seven days. And a beating.

There is nowhere to hide and no time left to look. So I will stand my ground as the deadline approaches. All I have is a head full of lies and a very bad plan.

Do you like psychological thrillers that move at a fast pace and keep you guessing? Well, look not further. THE END OF LIES by Andrew Barrett was something I wasn’t expecting. When it says there’s a twist at the end, there definitely was! I love when a thriller goes in a completely different direction that I was expecting.

Becky is our main character – she’s a great female lead. She’s feisty and full of personality. She comes home to see that her husband, Chris, had been stabbed to death. What’s worse? There was a group of men destroying her home. Why would they be targeting her husband and their home – she quickly learns that he had something that the men were after. If she wants to stay alive, then she needs to find it and return it to them. She has 7 days to find it or she’s next.

I don’t want to give away too much more of the plot or what happens. This is another Bloodhound Books novel that is best to go into with just the info from the synopsis. Becky has a plan and she decides to stand her ground – but will that be enough?

Overall, if you want a unique thriller that will keep you turning the pages, then you need to pick up Andrew Barrett’s THE END OF LIES.

Today, Andrew is still producing high-quality, authentic crime thrillers with a forensic flavour that attract attention from readers worldwide. He’s also attracted attention from the Yorkshire media, having been featured in the Yorkshire Post, and twice interviewed on BBC Radio Leeds.

He’s best known for his lead character, CSI Eddie Collins, and the acerbic way in which he roots out criminals and administers justice. Eddie’s series is four books and two short stories in length, and there’s still more to come.

Where to Connect with the Author: