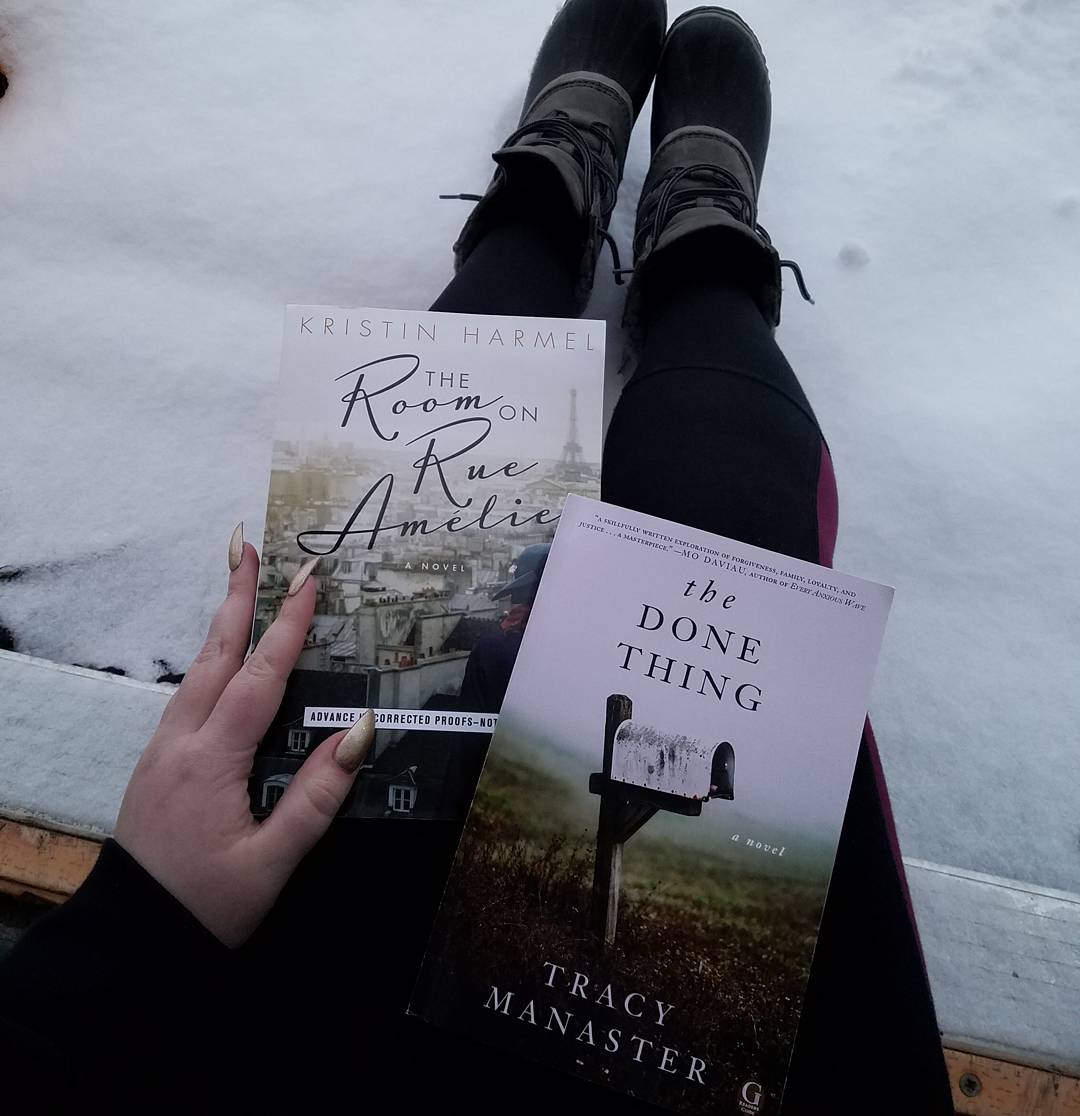 Snowy, cold days are always made better by book mail!

THE DONE THING by Tracy Manaster (out now!) 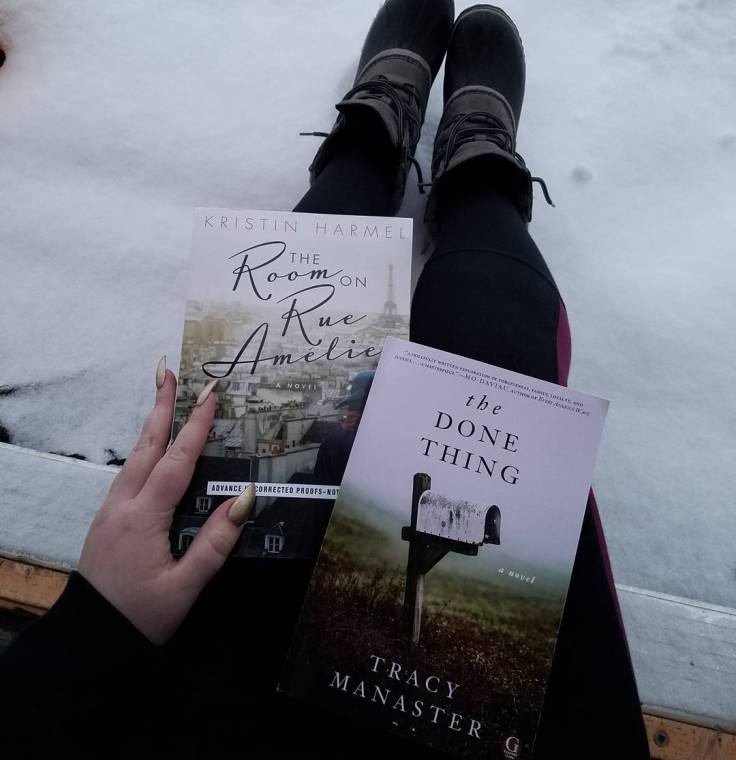 In the tradition of Olive Kitteridge and The Woman Upstairs, this “deeply human and morally saturated novel” (Library Journal, starred review) explores how a terrible crime changed one woman’s life forever.

Lida Stearl prides herself on always do the right thing—it has served her well throughout her life as she built a career as an orthodontist, maintained a happy marriage, and raised her young niece after the murder of her sister by her brother-in-law, Clarence Lusk. But now that she’s widowed, retired, and an empty nester, the small perfections of her orderly life aren’t enough to stop her from feeling adrift.

Then a well-intentioned birthday gift leads her to discover that Clarence, on death row for his crime, is seeking pen pals from the outside as he prepares for his final appeal. For the first time in her life, Lida crosses a line—she begins to write him, pretending to be a naïve, flirtatious twenty-three year old, in an effort to seek retribution. As letters pass steadily between Lida and Clarence, her obsession with revenge unfolds and she begins to question her morality.

The Done Thing is an utterly memorable and engrossing exploration of forgiveness, loyalty, and justice, and how a tragic event can suddenly change a life’s course.

For fans of Kristin Hannah’s The Nightingale and Martha Hall Kelly’s Lilac Girls, this powerful novel of fate, resistance, and family—by the international bestselling author of The Sweetness of Forgetting and When We Meet Again—tells the tale of an American woman, a British RAF pilot, and a young Jewish teenager whose lives intersect in occupied Paris during the tumultuous days of World War II.

When newlywed Ruby Henderson Benoit arrives in Paris in 1939 with her French husband Marcel, she imagines strolling arm in arm along the grand boulevards, awash in the golden afternoon light. But war is looming on the horizon, and as France falls to the Nazis, her marriage begins to splinter, too.

Charlotte Dacher is eleven when the Germans roll into the French capital, their sinister swastika flags snapping in the breeze. After the Jewish restrictions take effect and Jews are ordered to wear the yellow star, Charlotte can’t imagine things getting much worse. But then the mass deportations begin, and her life is ripped forever apart.

Thomas Clarke joins the British Royal Air Force to protect his country, but when his beloved mother dies in a German bombing during the waning days of the Blitz, he wonders if he’s really making a difference. Then he finds himself in Paris, in the shadow of the Eiffel Tower, and he discovers a new reason to keep fighting—and an unexpected road home.

When fate brings them together, Ruby, Charlotte, and Thomas must summon the courage to defy the Nazis—and to open their own broken hearts—as they fight to survive. Rich with historical drama and emotional depth, this is an unforgettable story that will stay with you long after the final page is turned.

Anyone else looking forward to these great titles?