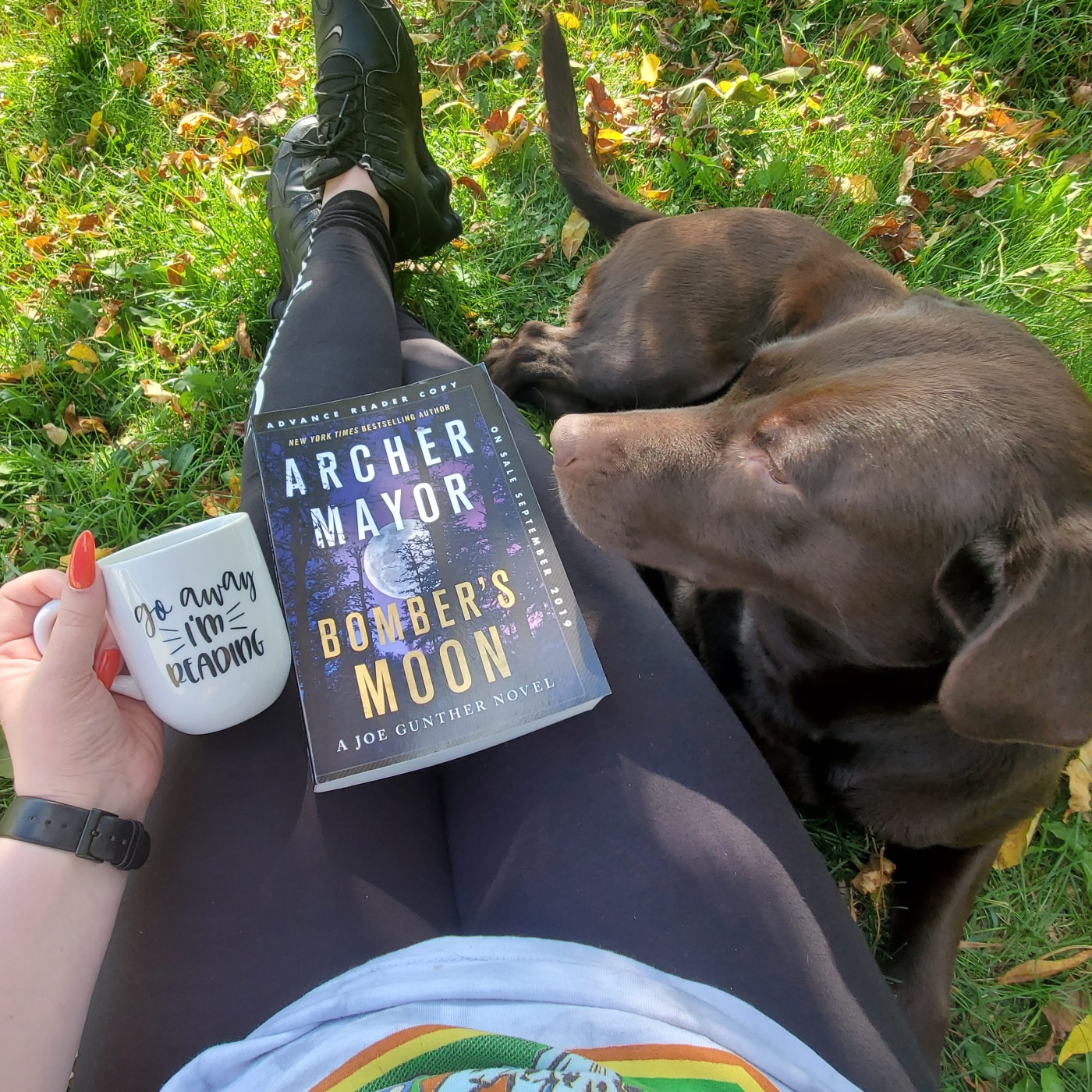 Let’s see how many more I can sneak in before the end of September!

You can see my thoughts for Archer Mayor’s other book, BURY THE LEAD, here 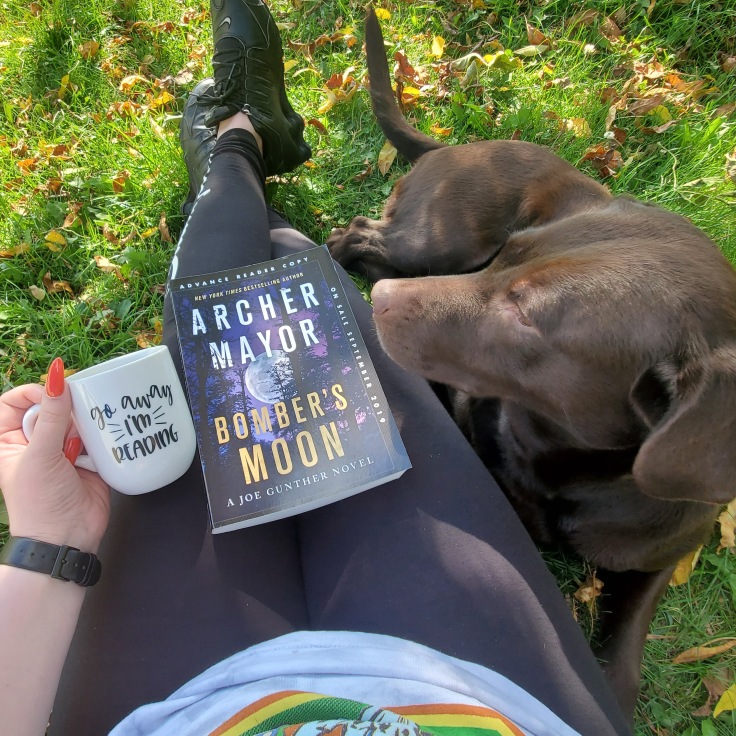 The murder of a small-time drug dealer snowballs into the most complex case ever faced by Joe Gunther and his VBI team.

It is said a bright and clear bomber’s moon is the best asset to finding one’s target. But beware what you wish for: What you can see at night can also see you. Often with dire consequences.

Bomber’s Moon is Archer Mayor’s latest entry in the Joe Gunther series and it may just be his best yet.

Two young women form the heart of this tale. One, an investigative reporter, the other a private investigator. Uneasy allies from completely different walks of life, they work together–around and sometimes against Joe Gunther and his VBI cops–in an attempt to connect the murders of a small town drug dealer, a smart, engaging, fatally flawed thief, and the tangled, political, increasingly dark goings on at a prestigious prep school.

While Gunther and the VBI set about solving the two murders, Sally Kravitz and Rachel Reiling combine their talents and resources to go where the police cannot, from working undercover at Thorndike Academy, to having clandestine meetings with criminals for their insider’s knowledge of Vermont’s unexpectedly illicit underbelly.

But there is a third element at work. A malevolent force, the common link in all this death and chaos, is hard at work sowing mayhem to protect its ancient, vicious, very dark roots.

My introduction to the Joe Gunther series was last year, with book #29. I didn’t have too many difficulties keeping up with everything and everyone, so I ready to continue into the series with book #30! BOMBER’S MOON was another solid police procedural. I do think that it would be beneficial to read some of the previous books in the series to fully understand the dynamics and relationships, BUT it isn’t necessary. You’ll still be able to follow along with the mystery with no issue.

We focus less on Joe Gunther and his colleagues, and more on two young women that are working together to solve a case. A private investigator and an investigative journalist team up to solve a murder as Gunther and his team are trying to solve the same case. The relationship between Sally and Rachel is great – they created an unlikely pairing but they grew stronger together as they became entangled with a prestigious prep school and their dark secrets.

Overall, a solid police procedural that brought us new characters to the series. If you’re a long-time fan of the Joe Gunther series, then you’ll enjoy this breath of fresh air the author brings. I can’t wait to see where the next book brings us and if we get more of these newly introduced characters.