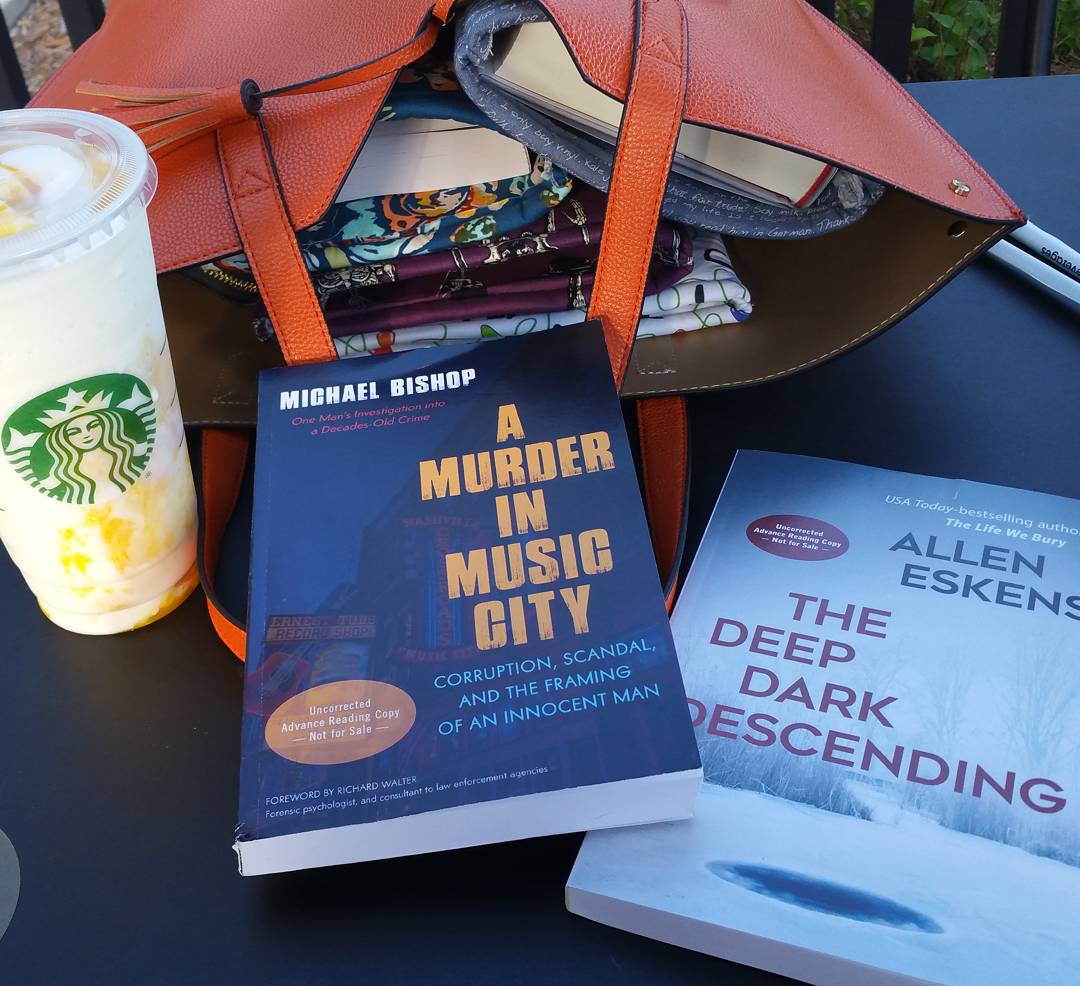 Prometheus is one of those publishers that I love. Consistently great suspense, thrillers, and crime books. (A WELCOME MURDER, CAST THE FIRST STONE, and all of Allen Eskens’ novels…just to name a few)

These are two future #allthebookreviews titles – one for September and one for October! 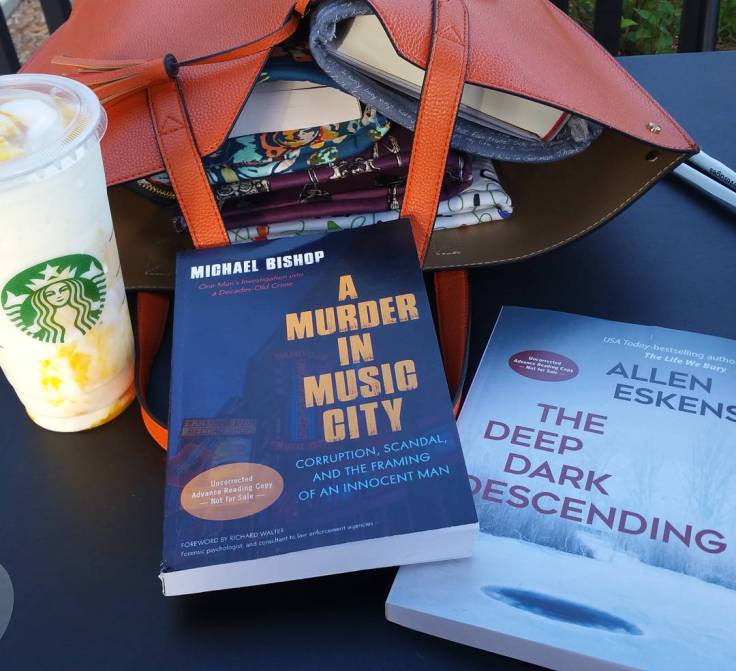 A MURDER IN MUSIC CITY: CORRUPTION, SCANDAL, AND THE FRAMING OF AN INNOCENT MAN by Michael Bishop – Releasing September 5th, 2017

Nashville 1964. Eighteen-year-old babysitter Paula Herring is murdered in her home while her six-year-old brother apparently sleeps through the grisly event. A few months later a judge’s son is convicted of the crime. Decades after the slaying, the author stumbles upon a secret file related to the case and with the help of some of the world’s top forensic experts–including forensic psychologist Richard Walter (aka -the living Sherlock Holmes-)–he uncovers the truth. What really happened is completely different from what the public was led to believe.

In this true-crime page-turner, the author lays out compelling evidence that a circle of powerful citizens were key participants in the crime and the subsequent cover-up. The ne’er-do-well judge’s son, who was falsely accused and sent to prison, proved to be the perfect setup man. The perpetrators used his checkered history to conceal the real facts for over half a century.

Now, for the first time, the author reveals the true story. Including interviews with the original defense attorney and a murder confession elicited from a nursing-home resident, the information presented here will change Nashville history forever.

Homicide Detective Max Rupert never fully accepted his wife’s death, even when he believed that a reckless hit and run driver was the cause. But when he learns that in fact she was murdered, he devotes himself to hunting down her killers. Most of his life he had thought of himself as a decent man. But now he’s so consumed with thoughts of retribution that he questions whether he will take that last step and enact the vengeance he longs for.

On a frozen lake near the US-Canadian border, he wrestles with a decision that could change his life forever, as his hatred threatens to turn him into the kind of person he has spent a career bringing to justice.

Can’t wait to start these ones – thank you to Prometheus Books for the advanced copies in exchange for my honest reviews!