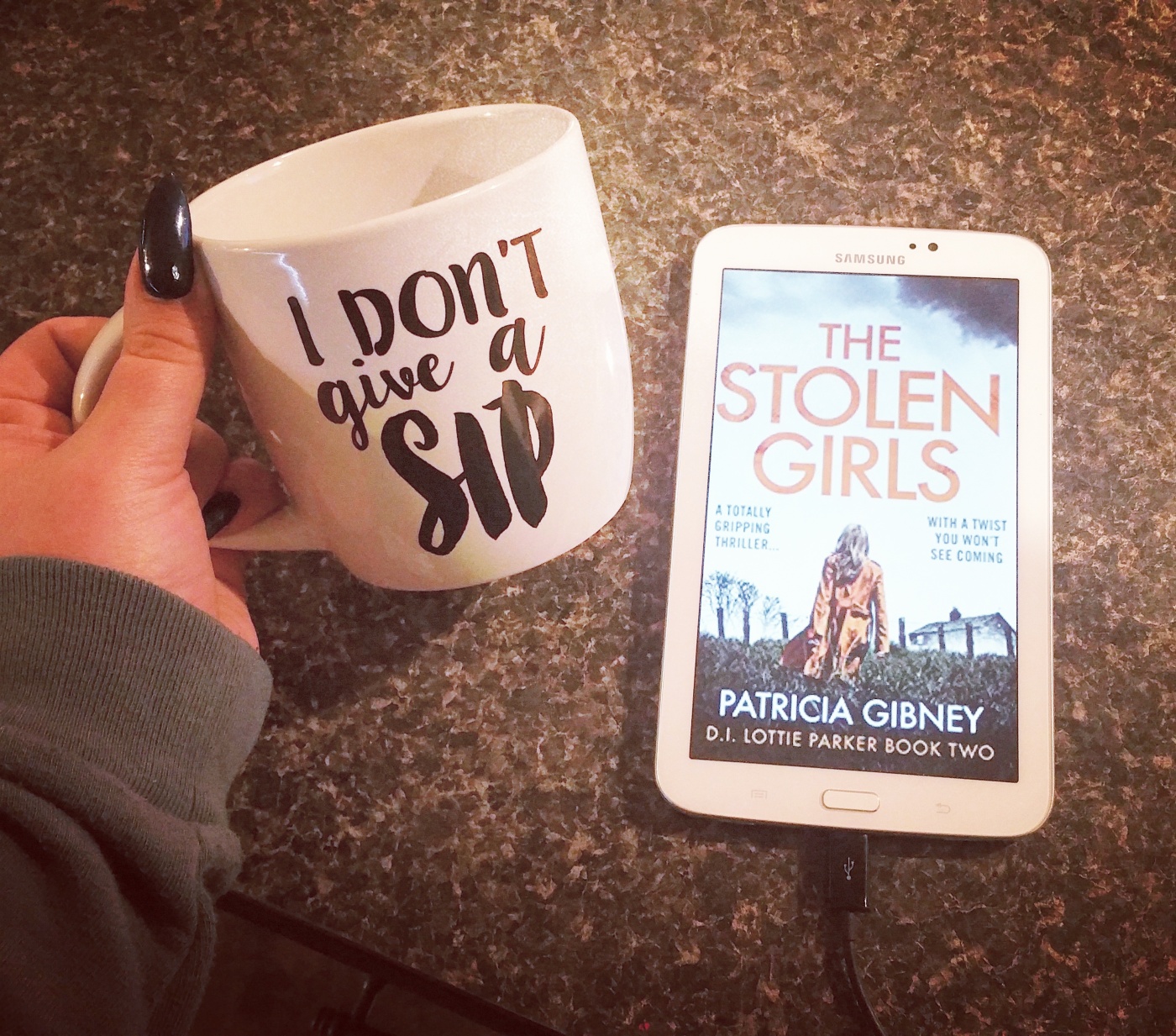 A few months ago I had read Patricia Gibney’s phenomenal debut – THE MISSING ONES and had given it 5/5 stars! Well, her highly anticipated sophomore novel, and second book in the Detective Lottie Parker series.

THE STOLEN GIRLS (releasing July 6th, 2017) was just as great! It was much darker than her first novel, which made me love it even more.

THE STOLEN GIRLS picks up shortly after when THE MISSING ONES ended, but book two of the Detective Lottie Parker series, Patricia Gibney touches on much darker topics than she did in the first book. Lottie deals with human trafficking, organ farming, rape, self-harm, and a serial killer at large.

Lottie Parker is a hard worker and caring mother of three, and she tries her best to keep business and personal life separate. However, when strangers, a woman and her son, show up on her doorstep asking for help in finding her friend, Lottie’s world flips. Later that same day the body of a pregnant woman is discovered and she can’t help but wonder if this is the friend the woman and son were looking for. Later a second victim is discovered by the same man that found the pregnant woman, and all of his injuries are the same. Looks like Lottie has a serial killer on her hands. When two more girls go missing she must race against the clock to find them before he kills again.

I really enjoy Gibney’s writing style. The chapters are short so the book reads incredibly fast. One of those “just one more chapter” books. I read chapter to chapter, so I’m so guilty of counting to see how long the next chapter is before I start it! Not only are the killings brutal, but the other elements that Lottie uncovers are gruesome and add another layer to this thriller. Then when her daughter is thrown into the mix and is clearly keeping secrets from her mom, that adds to the tension. The characters are great and the build up was so worth the end! I cant wait for more Detective Lottie Parker in the future.

A big thanks to Bookouture and Netgalley for the advanced copy in exchange for my honest review!

Stay tuned for Chandra’s review for our #allthebookreviews collective thoughts 🙂

One thought on “The Stolen Girls – Patricia Gibney”