Hello everyone! I’m excited to be a stop today on the LITTLE BIRD blog tour!

Big thanks to Bloodhound Books and author, Sharon Dempsey, for the advanced ebook copy in exchange for my honest review. 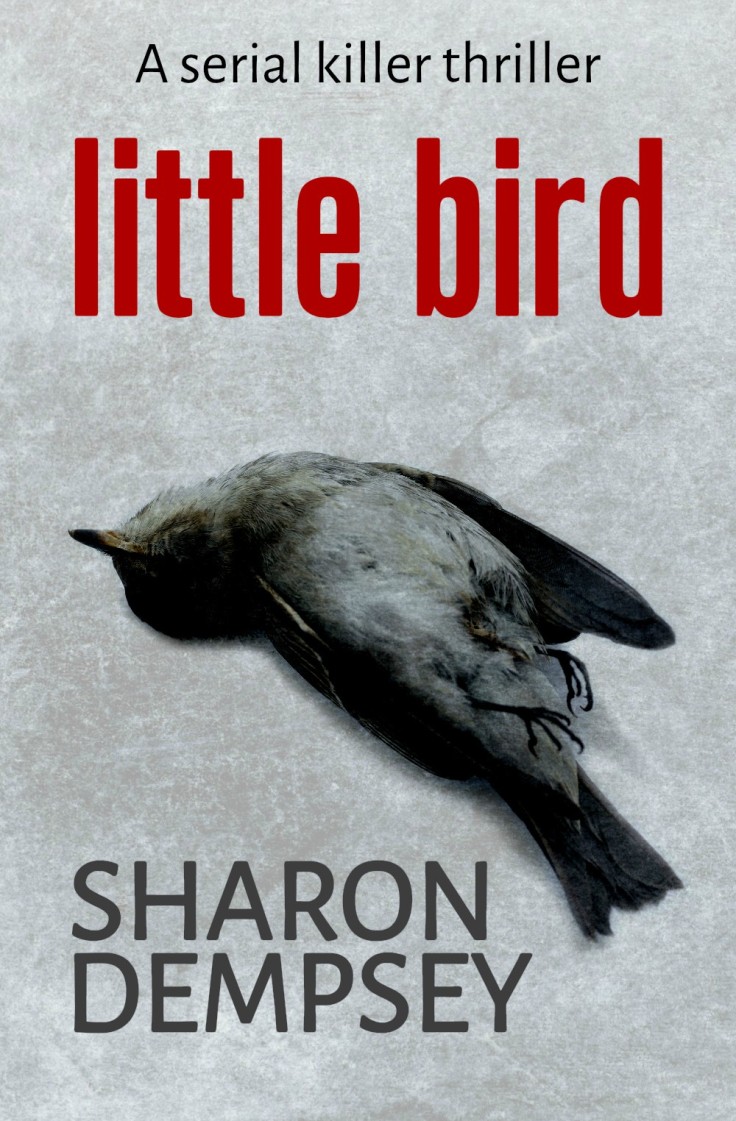 Some secrets are best kept quiet.

Declan Wells, a forensic psychologist, has a lot on his plate. He has been struggling with the aftermath of a car bomb, which has left him in a wheelchair, his wife has been dutiful but Declan is certain she is having an affair, and his eldest daughter Lara’s new property developer husband, has dubious business practices.

Meanwhile, Anna Cole is running away from her mother’s death and a stale relationship. On secondment to the Police Service of Northern Ireland from Wales, Anna hopes that she can throw herself into work to distract herself from her guilt.

Then the murders begin and the killer leaves behind some very strange messages.

Can Anna and Declan work together to catch this deranged murderer?

Will either of them be able to get over their turbulent pasts?

Talk about a crazy debut serial killer thriller! I find it hard to believe that LITTLE BIRD is Sharon Dempsey’s first crime thriller. Here’s a great police procedural that alternates between the detective and the killer. Will they be able to catch the killer before more bodies turn up?

Belfast is no longer safe, there’s a serial killer on a rampage with a very unique calling card – birds. Not just any kind of birds but ones that are eyeless, stuffed in mouths, very macabre and taunting to the detectives. Enter in Detective Anna Cole. She’s on the case and she is out to prove herself to her partner and then to Delcan (the father of the first victim).

Delcan is a very unique character. Typically in these kinds of police procedurals and murder mysteries the families of the victims don’t always have a huge role in the book – unless it’s just at an emotional capacity. Well, Delcan has a history as a forensic psychologist and he brings his skills to the table in trying to help solve his daughter’s murder. However, Anna seems to be the only one that wants to listen to him and what he wants to contribute. Is this crossing a line having the victim’s father involved and Anna is a whole other story when it comes to the baggage she brings to the table.

We alternate between Anna’s perspective and that of the serial killer. I will always love a serial killer thriller if we can go into the dark and twisted minds of the killers themselves. Dempsey spares no details in how he became the sadistic killer that he now is – as well as the planning of the murders that awaits these young women. Dempsey did an incredible job developing these characters and then throwing the readers into the mix with them. We also get to experience the procedures of Ireland’s police throughout this investigation.

This was a great debut and I’m definitely going to be looking for more from Sharon Dempsey! If you want a good and well-detailed serial killer thriller and police procedural, then do yourself a favor and pick up LITTLE BIRD.

Sharon Dempsey is a Belfast based writer of fiction and non-fiction books, with four health books published. She facilitates therapeutic creative writing classes for people affected by cancer and other health challenges and runs a creative writing group for young people, called Young Scribblers, at the Crescent Arts Centre.

Sharon studied Politics and English at Queen’s University and went on to City University, London to do a postgraduate diploma in journalism.  She has written for a variety of publications and newspapers, including the Irish Times.

Through the Arts Council NI’s Support for the Individual Artist Programme (SIAP), Sharon was awarded funding, which she used to acquire mentoring from, bestselling Irish crime writer, Louise Phillips. Louise was a great support while Sharon was writing Little Bird, her first crime novel.

I look forward to more from this author! Thanks again to Bloodhound Books for the blog tour spot and the advanced copy of this great serial killer thriller!