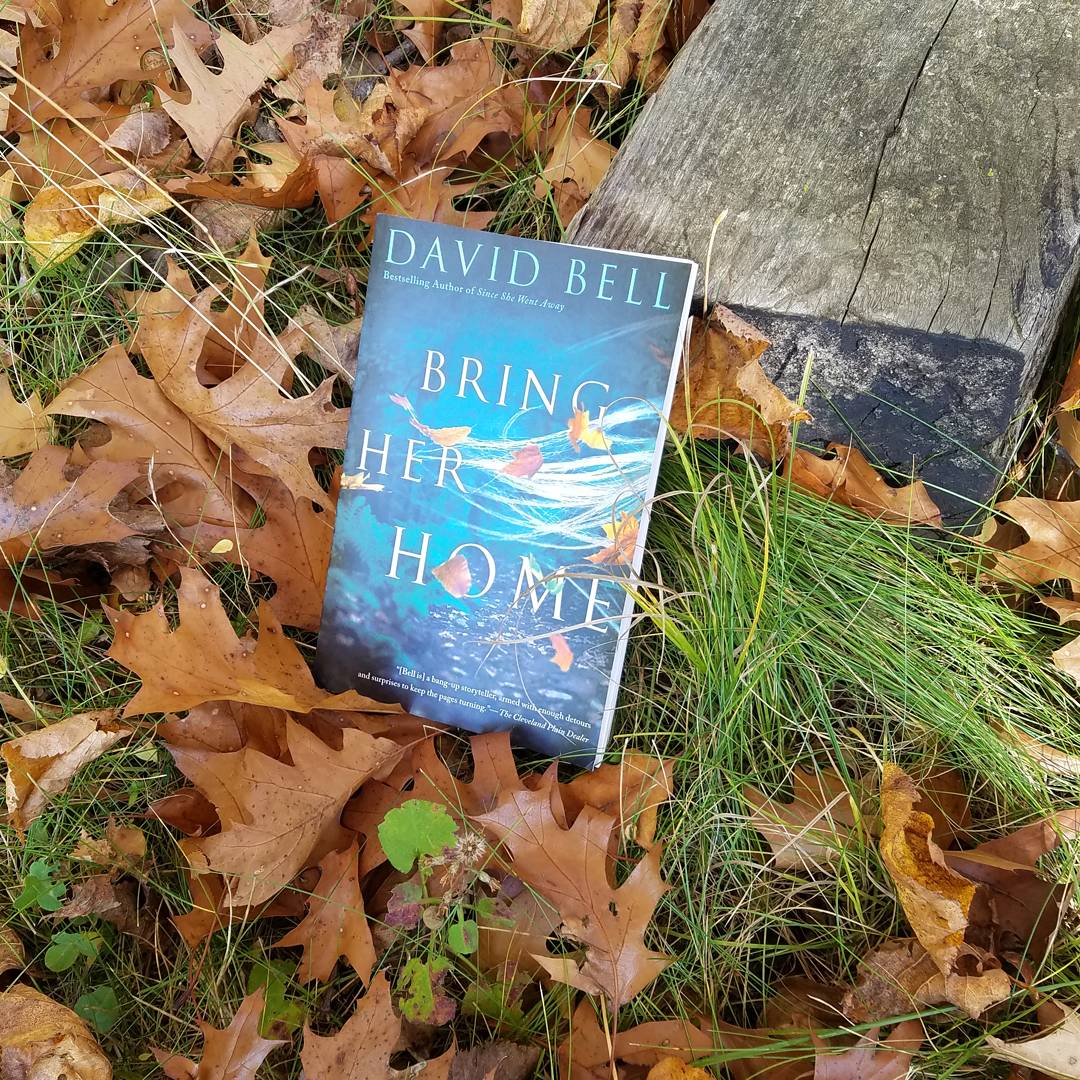 Looking for some great fall reads to get you in the mood for Halloween?

BRING HER HOME by David Bell

Not only does this cover scream fall and autumn, but what will happen when a father realizes his worst nightmare?

Just a year and a half after the tragic death of his wife, Bill Price’s fifteen-year-old daughter, Summer, and her best friend, Haley, disappear. Days later, the girls are found in a city park. Haley is dead at the scene, while Summer is left beaten beyond recognition and clinging to life.

As Bill holds vigil over Summer’s bandaged body, the only sound the unconscious girl can make is one cryptic and chilling word: No. And the more time Bill spends with Summer, the more he wonders what happened to her. Or if the injured girl in the hospital bed is really his daughter at all.

When troubling new questions about Summer’s life surface, Bill is not prepared for the aftershocks. He’ll soon discover that both the living and the dead have secrets. And that searching for the truth will tear open old wounds that pierce straight to the heart of his family…

This was my introduction to David Bell’s writing – I’ve always heard great things and I was not disappointed with this one! BRING HER HOME is a thriller being described as tense, twisty, and completely immersive. I couldn’t agree more with this! This was one that I picked up and didn’t want to put down (but responsibilities made it so I had to take an intermission)

This story is about Bill Price’s worst nightmare. His daughter, Summer, and her best friend, Haley, go missing. Days later, they’re found. Haley is dead at the scene while Summer is left for dead and nearly unrecognizable. As the days pass after they’re found, Bill begins to wonder if this is really his daughter. She will only repeat the chilling word, “no”, over and over again.

As questions arise about Summer and what the girls endured, Bill finds himself unprepared for the answers. He quickly discovers that everyone, living or dead, has secrets that can tear families apart.

I thought this was a great thriller. It was a slower build up, but it was so worth it. Bell does a great job pulling in the readers and making them want more. Bill was so well developed – he felt real, like someone you knew. As for the twists and turns, they were unexpected and kept me guessing throughout the book. This is something that feels like it could really happen, which made it even more unsettling.

If you’re a fan of a more real life thriller with a main character you can really get invested in, then this the book for you! If you like a thriller that keeps you thinking then this is one you’ll have to pick up! I’ll be out finding more of Bell’s novels now.

I read this back in July with my #CJSReads2017 ladies and we all loved it!

One thought on “Bring Her Home – David Bell”