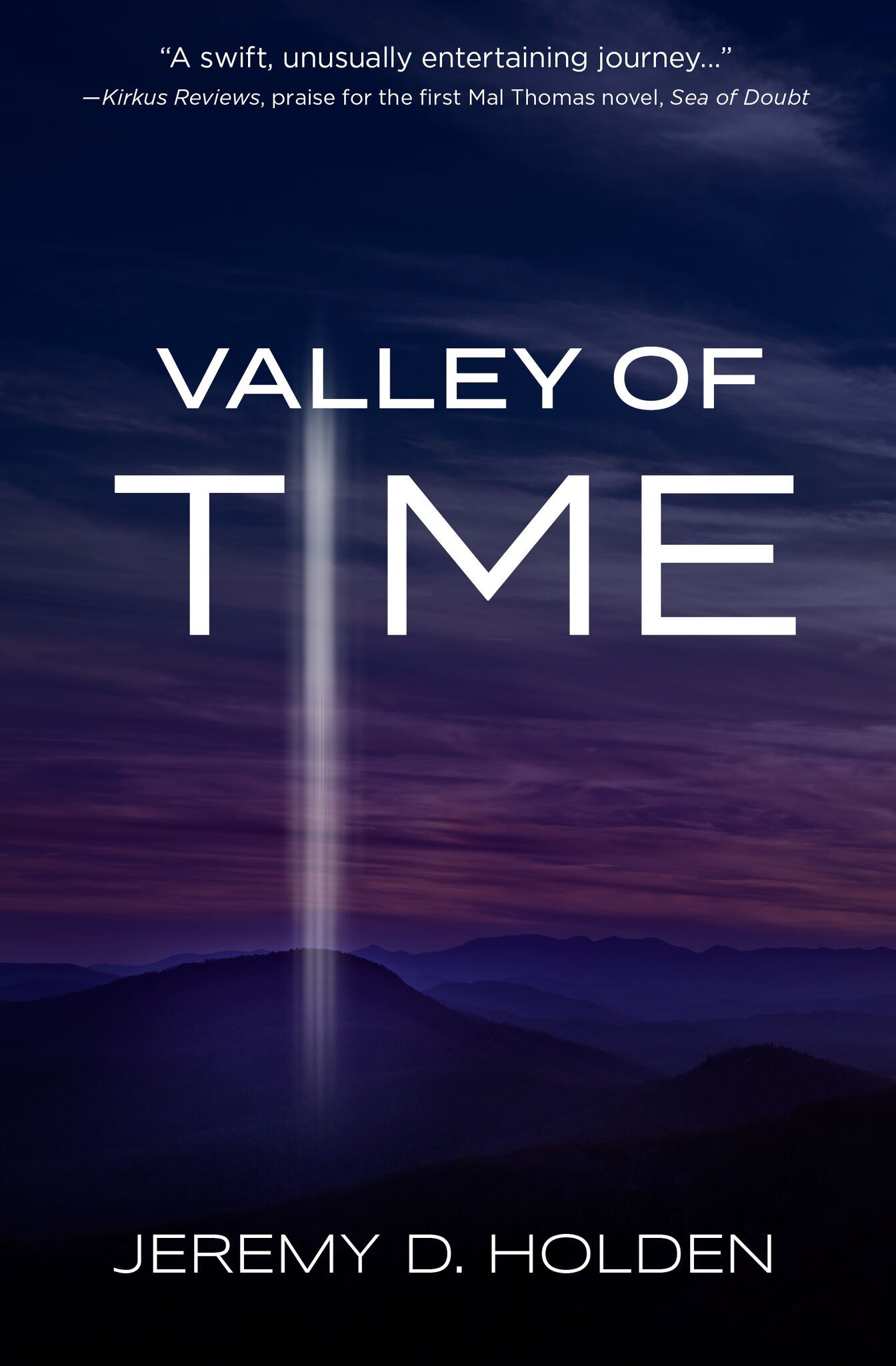 Thanks to Smith Publicity for the advanced copy and blog tour spot in exchange for my honest review. 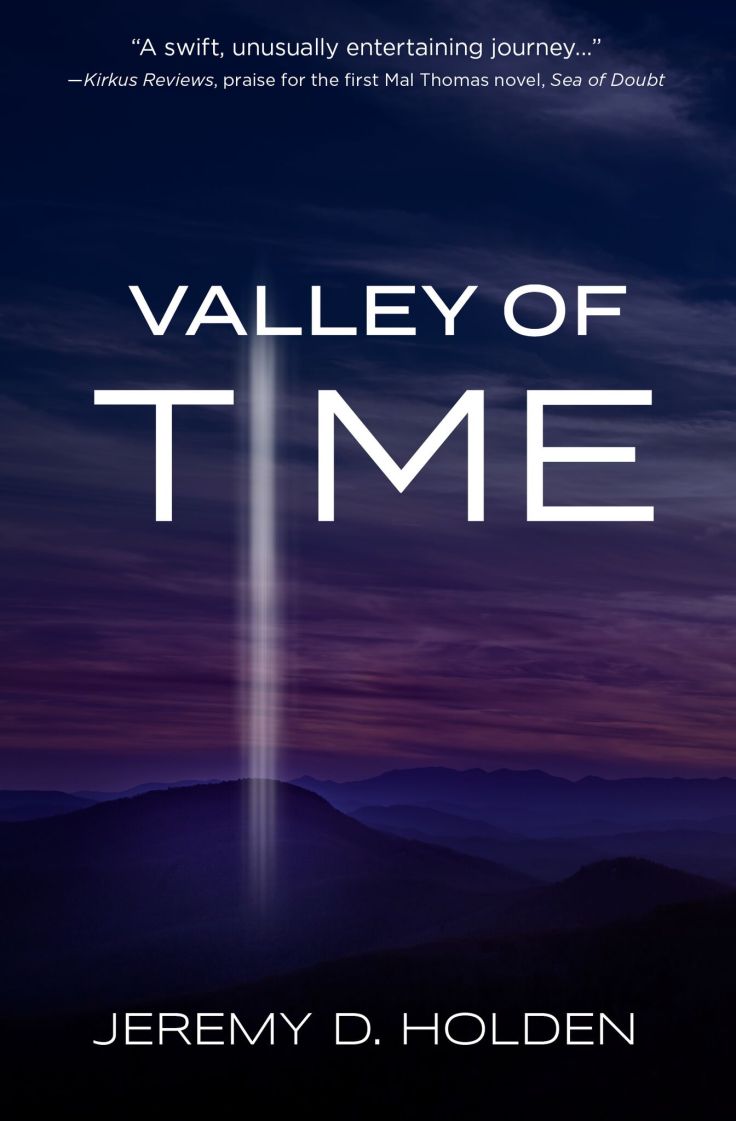 Here’s an Excerpt from the Book!

Not a tremendous amount happens in Llandderfel in the county of Denbighshire in North Wales. The undulating valleys that decorate the countryside are beautiful as I recall from a school hiking trip I took when I was a boy. The people are warm and welcoming, it rains a lot, and of course they love their rugby and to sing in celebration of their victories.

Huw Hudson was undoubtedly the most famous person ever to come from Llandderfel, where he was born in 1970, a few years after me, but a world away from the relatively privileged upbringing I’d experienced across the border in England.

The Welsh name Huw—more commonly spelled Hugh by Saesons (or Saxons) like me—derives from the German name Hugo, which means simply heart, mind, and spirit. And no three nouns could have better captured the life and the character of the man who would rise to international wealth and notoriety as the visionary leader of Space Rider.

The people who knew Huw best variously described him as driven, combative, and charismatic, and it was these qualities combined with his blazing intelligence that elevated him from the humblest of beginnings to the apex of the global business world.

Huw’s mother had died tragically while giving birth to her only child, and he’d been raised by his devoted father and best friend, Llewellyn, who was a gamekeeper at the nearby Palé Hall country estate. Llewellyn taught his son to track and hunt and had tutored him into becoming an expert shot with a rifle while still a young boy.

Palé Hall is situated in the nearby county of Glyndwr, which takes its name from Owain Glyndwr. He was either the rightful Prince of Wales in the time of King Henry IV, or the treacherous leader of the Welsh rebellion, depending on who taught you history, after his patron King Richard II was deposed.

In his time, Owain Glyndwr was a Renaissance man, educated in law, a committed supporter of the arts, a diplomat, and a soldier. A legendary Welsh hero also known as the Prince of Powys Fadog, the Lord of Glyndyfrdwy, he was ultimately defeated by the English forces and incarcerated in the Tower of London, never to be seen or heard from again.

Some say he escaped, others that he was executed, but what isn’t in dispute is that the grandson of one of his descendants, Owen Tudor, ultimately ascended to the throne of England becoming Henry VII, and the Tudor dynasty was born. Perhaps Braveheart should have profiled the life of Owain Glyndwr rather than William Wallace, if the producers had wanted to tell a story of equal bravado, as well as engineer a happier ending.

Although born of humble stock, to many in North Wales, Huw Hudson was a modern-day manifestation of their ancient hero, Owain Glyndwr. He bled for Ddraig Goch, the Red Dragon, and for many they saw him as the hallowed Mab Darogan, the Man of Destiny.

A product of the grammar school system in the United Kingdom, which selected the brightest working class children to receive a more academically challenging education. Huw excelled in math, science, philosophy, and the arts, as well as on the rugby field, and he was offered a combined academic and sporting scholarship by Oxford University.

Unlike myself, he accepted his place at Christ Church College and went on to achieve a double first in astrophysics, in the process becoming an Oxford Blue three years in succession, playing scrum-half for its celebrated rugby team. While Huw distributed the ball for the dark blues, the team never lost a match to the light blues of Cambridge.

On leaving Oxford, Huw was variously recruited by organizations as prestigious and as diverse as NASA, GE, and a Seattle-based online retail start-up called Amazon. But ultimately, in a move that didn’t surprise his friends in the slightest, he opted to join the Royal Air Force, having always wanted to fly jets.

He rose to the rank of flight lieutenant in record time and flew one of the earliest Eurofighter 2000 jets, latterly known as the Typhoon, on several covert missions over the Persian Gulf and received the Distinguished Flying Cross.

Having fulfilled his lifelong ambition of becoming a jet fighter pilot, Huw left the RAF with the characteristically modest goals of both becoming the richest person on the planet and changing the face of aviation. 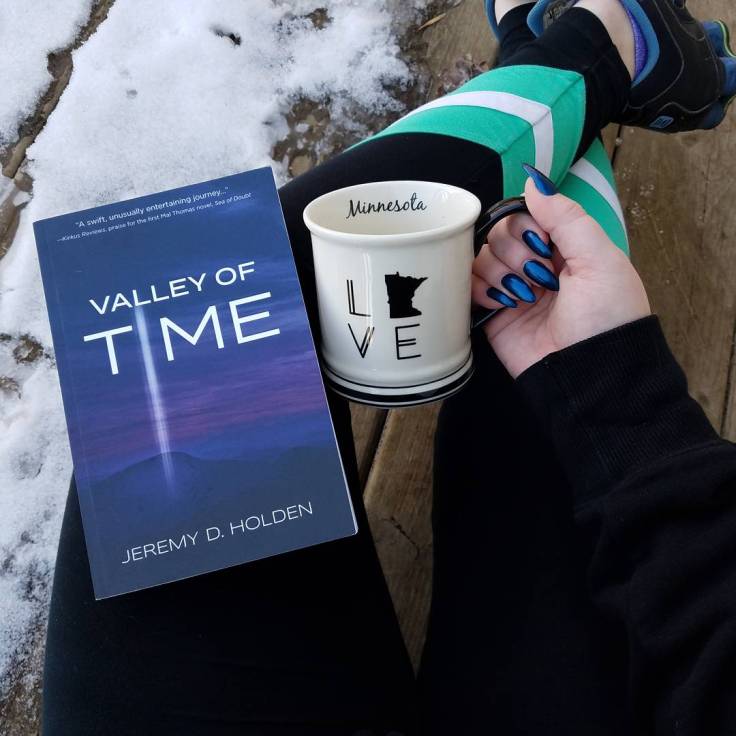 Mal Thomas is back in a new advertising challenge. Unlike SEA OF DOUBT, Mal must promote space travel and the great possibility of encountering life outside of Earth. VALLEY OF TIME is another book that will make you question your beliefs and truly wonder, what would happen if we made our first contact?

Mal is contacted by Huw Hudson, who is said to be the modern-day Howard Hughes, about advertising for his company, Space Rider, and wants to be known as the top company in space tourism. Interesting concept. Huw has one twist for Mal and his team – he has alleged evidence of extraterrestrial life but he thinks it could hurt his business. So he wants Mal to investigate and keep the news story under wraps. His researching takes him across the globe and must keep this extraordinary secret to himself and away from the FBI and his close friends. What he finds out will have him questioning all that he believes when it comes to space and time.

It’s rare that I read books in a series back to back. Usually I have a book or two in between (or I’m anxiously waiting for the next one to release), so it was very different reading SEA OF DOUBT and VALLEY OF TIME so close together. The openings of both books are very similar to each other – which isn’t necessarily a bad thing, but it definitely felt familiar as you begin the next journey. Once again, some great character development and focus – Holden captures the relationship between Mal and his wife perfectly. The support between the two and their dynamic felt very genuine (I recommend reading the author’s notes at the end!).

What I enjoyed better about this book was the subject. Aliens and space travel keep my interest better than the potential of the second coming of the Messiah – but that’s just me! This did have a good pace to it and kept my interest. I’d say this could be read as standalone, but it does have a couple references to book one. Like I mentioned about book one, it will always amaze me how authors can intertwine the use of social media in their stories – it’s so prevalent in today’s society.

Overall, I liked this concept better than SEA OF DOUBT, but I would highly recommend both books in the series if you want a unique story. It keeps a steady pace and will have you thinking about it long after.

Jeremy D. Holden is the author of the Mal Thomas Mystery Series, which to date includes the critically acclaimed novels Sea of Doubt (2016) and Valley of Time (2017) – with a third release planned for 2018. An award-winning creative professional and accomplished author, Jeremy has earned many of the advertising industry’s top honors, including the prestigious “Gold Effie” (the Golden Globe of the ad world). His first book, Second That Emotion: How Decisions, Trends, and Movements Are Shaped [Prometheus Books, 2012], explores how movements are created in the political, cultural, and commercial realms, and received attention from national media outlets, including Fast Company, The Huffington Post, CNN, and NPR.

A UK native, Jeremy currently lives and works in Raleigh, North Carolina where he is President and Chief Strategy Officer of Clean, an award-winning integrated branding agency. He also teaches at the University of North Carolina at Chapel Hill in the School of Media and Journalism. A popular speaker and facilitator, Jeremy has run workshops with fellow authors Malcolm Gladwell and Professor Dan Ariely.

Find Jeremy D. Holden on Twitter, Goodreads and at https://jeremydholden.com/

More About the Series:

In October 2016, author Jeremy D. Holden introduced readers to one of contemporary fiction’s most charismatic new protagonists with Sea of Doubt: The Greatest Story Ever Sold – A Mal Thomas Mystery. An “oddly believable […], swift, unusually entertaining journey through present-day public relations” (Kirkus Reviews), Sea of Doubt followed Mal and his team of mad men and women as they embarked upon an extraordinary assignment – promoting the alleged second coming of the Messiah at the behest of a powerful and mysterious industrialist – and brought to bookshelves a laugh-out-loud funny, eerily timely story about the media, alternative facts, and modern society’s endless obsession with fame.

On November 5, 2017 – not incidentally the day our clocks “fall back” per Daylight Savings Time! – Holden continues Mal Thomas’s adventures with the release of Valley of Time: The Greatest Journey Ever Taken [Clean Publishing], the second book in the ‘Mal Thomas Mystery’ series.
A sequel that also works as a standalone novel, Valley of Time sees Mal approached by another enigmatic billionaire with an incredible proposition: Huw Hudson – think Richard Branson meets Elon Musk plus a dash of Howard Hughes – wants to position his company, Space Rider, as the leader in commercial space tourism.

Of course, there’s a twist: Hudson has evidence of an alleged UFO encounter, which he thinks could damage his business plans, and needs Mal and his team to investigate and manage the breaking news story.

Mal discovers a deeper purpose at work as he crisscrosses Sao Carlos, Miami, London, and Dubai in furtherance of Hudson’s audacious ambition while being forced to keep an unbelievable secret from the FBI, and even his closest friends.

A page-turning thriller that follows the launch of a massive global PR campaign to promote one of the most seismic events in human history, Valley of Time ultimately corners Mal into confronting his deepest fears – and takes readers on a journey that will challenge the very core of our beliefs about space and time.

What do you think of the possibility of space travel and the potential of meeting extraterrestrial life?