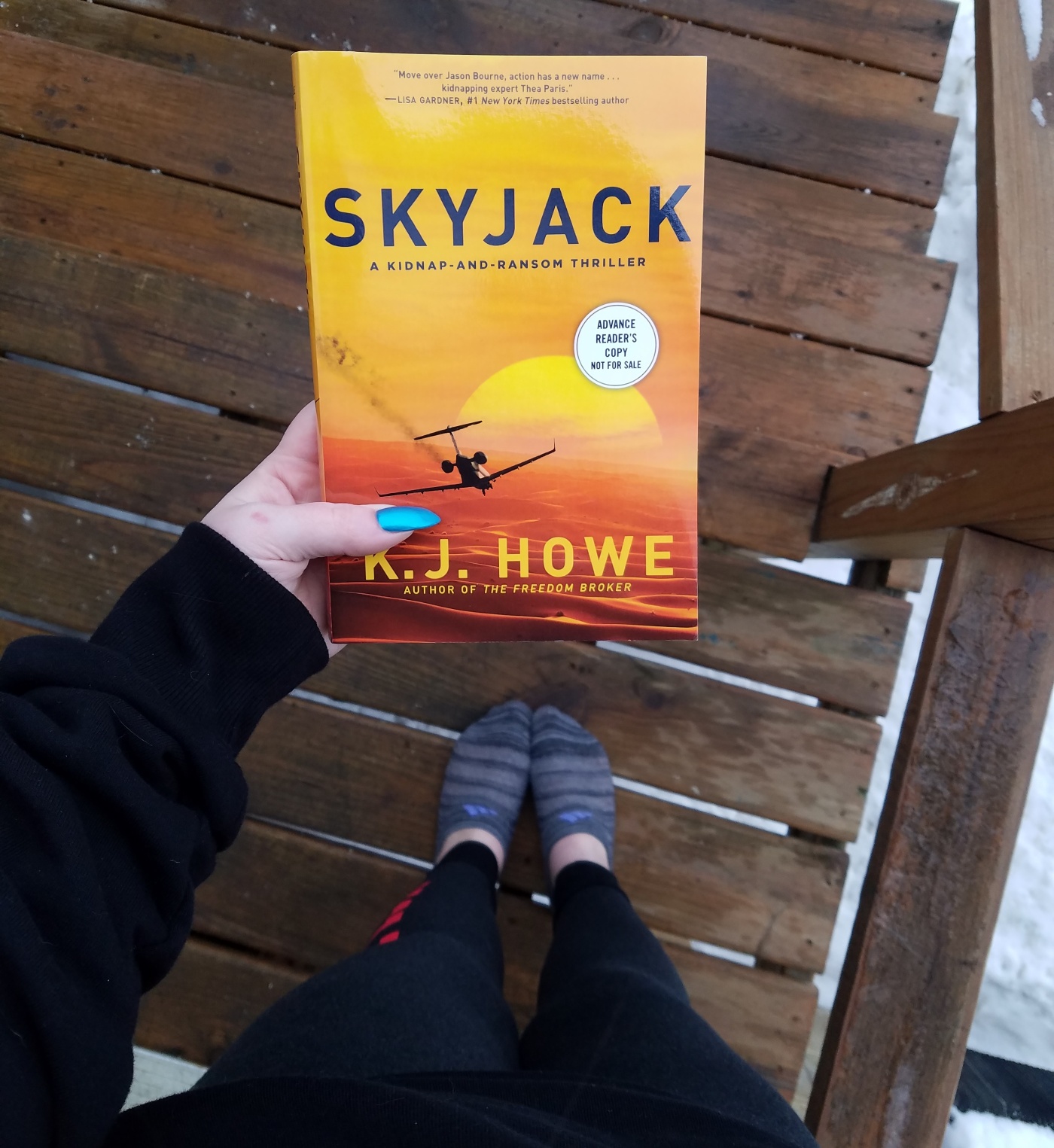 I’m a sucker for orange. A thriller with a beautiful orange cover? Count me in!

Thanks to Quercus for the advanced copy in exchange for my honest review.

Last year I read THE FREEDOM BROKER (book one in the Thea Paris series), so I was very excited to see that book two was on its way! 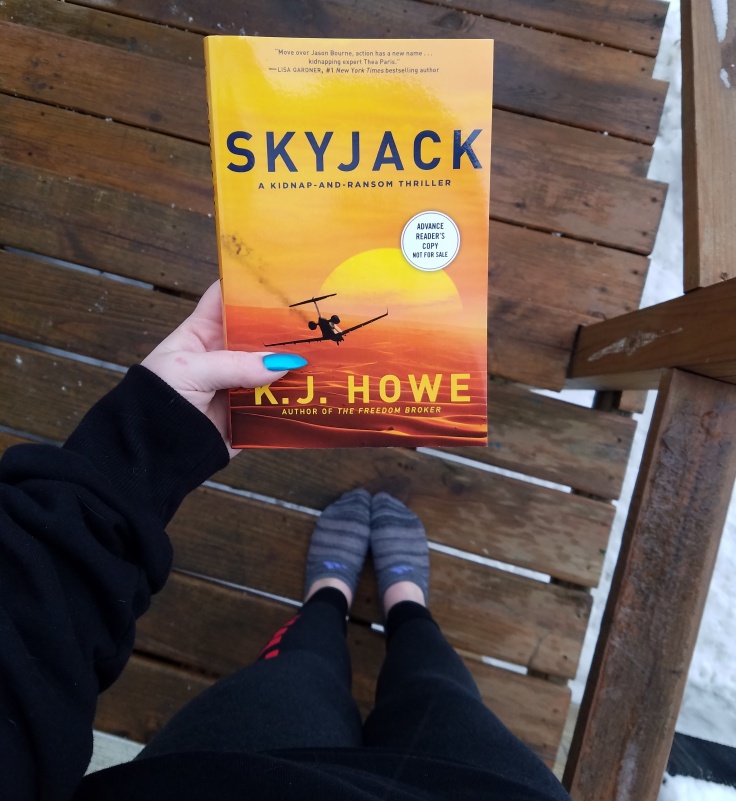 International kidnap expert Thea Paris is escorting two former child soldiers on a plane flying between Africa and London when the Boeing Business Jet is highjacked. The pilot has locked himself into the cockpit and diverts the plane to a deserted airstrip in Libya.

Forced to leave the jet to investigate, Thea comes face-to-face with a former nemesis, an Italian who is part of Gladios, a secret stay-behind army created after the Second World War to fight communism. Her old foe imprisons her in the hangar, and the plane takes off with the boys, the passengers, and the kidnapper aboard.

The kidnapper makes a strange demand for the return of the hostages: Thea must deliver a truckload of weapons and other material to a destination in Europe. Despite Thea’s efforts to read the tea leaves, the motives of the kidnapper remain a mystery.

While negotiating for the release of the passengers, Thea, Rif, and the Quantum team travel to Budapest to secure the supply truck. But the situation soon escalates, and the true stakes are revealed: her old nemesis is battling another private army for control of a genetically targeted bioweapon. When the bioweapon is stolen from under the noses of the competing shadow armies, Thea and Rif race to find the thieves first.
Revealing a conspiracy that connects the CIA, the Vatican, and the dark legacy of World War II, this case will bring all parties to an explosive conclusion at the Blue Mosque in Istanbul.

Anyone else like these kinds of International intrigue type thrillers?