So this is a mystery/thriller and it takes place in Minnesota. Count me in!

This is the newest installment in the Jonathan Stride series. 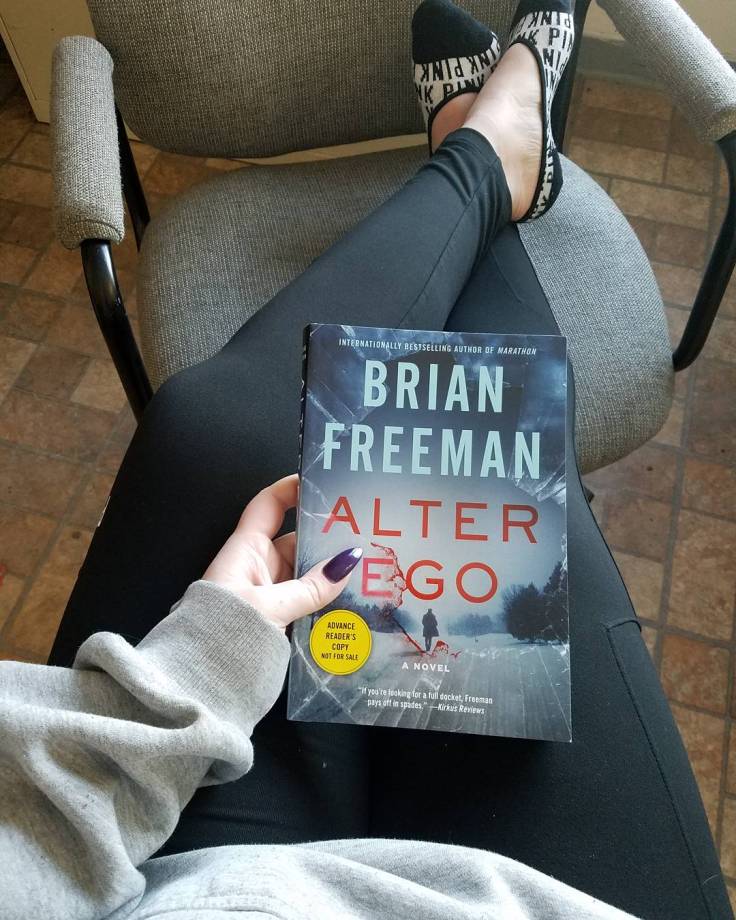 When a freak auto accident kills a driver on the remote roads outside Duluth, Jonathan Stride is disturbed to discover that the victim appears to be a “ghost,” with a false identity and no evidence to suggest who he really was. What’s worse, the man has a gun locked in the trunk- and the gun has recently been fired.

The next day, Stride learns that a Duluth college student has vanished, and he worries that the two incidents are related. But what would have put an ordinary young woman in the cross-hairs of a man who has all the hallmarks of an assassin-for-hire?

Stride’s investigation of the girl’s disappearance leads him onto the set of a film crew in Duluth, where a movie is being made based on a case in Stride’s own past. The actor playing Stride is Hollywood royalty, an award-winning icon who has charmed his way to the top of the box office.

But Stride soon hears whispers that his alter ego has a dark side . . . and in trying to expose the truth, he discovers that he has made a powerful enemy who will stop at nothing to protect his reputation.

Do you like books set in your home state?

One thought on “Book Mail – Alter Ego by Brian Freeman”