August 7th is a powerhouse day for releases!

Thanks to St. Martin’s Press for the free advanced copies in exchange for our honest reviews.

Check out the 5 star reviews from the #allthebookreviews duo 🙂 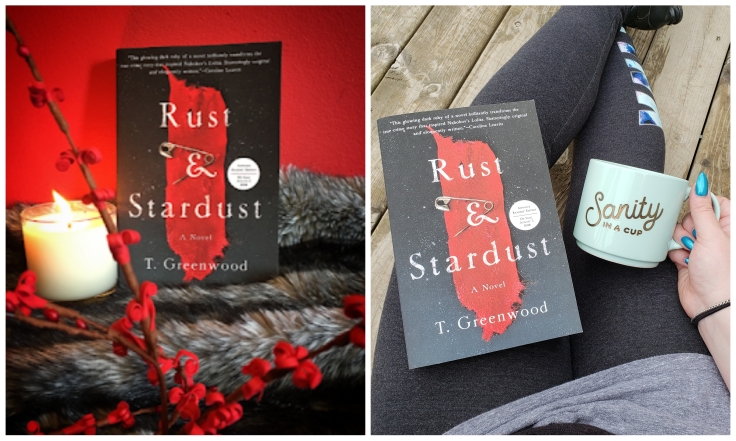 I don’t think a book has hit me this hard in quite some time.  It’s important to realize that while this is based on true events, it is actually still a work of fiction.  Take some time and research the actual case to get a full idea of everything that happened.  I highly recommend that you read the author’s note at the end.

As the real life events that helped inspire Nabokov’s Lolita, we already know what to expect from this read.  It’s not a topic that’s easy to read about for some.  Greenwood writes with such poetic ease, that this story just jumps off the pages and you find yourself turning page after page after page.

The thing that stand out is that we have to remember this happened in 1958.  While I was reading I kept wondering HOW did he get away with this?  Why wasn’t anyone helping Sally?!  Of course, things were different then and it was harder to trace a person.  What Sally endured during her two years of abduction was terrifying and the author does an amazing job of letting Sally be heard.

Told through various POVs: Sally, her family, those who came into contact with her and made her feel somewhat safe at the various locations she ended up at… while fictionalized, Greenwood gives us a full view of what might have been based on the facts that are available.

Educate your children.  This was so heart breaking.  It actually makes me somewhat glad I don’t have any children so I won’t have to worry about this to a daughter of my own.  I’m ever grateful now for the Amber Alerts that help to make catching these monsters a bit easier.

I could go on and on and on and on.  Instead, I’ll stop here and just tell you to read this.  Once you pick this up, it’ll be hard for you to put this down.  I know this will be sticking with me for quite some time.

Sally, I heard you.

This book. I will honestly say that I had no idea what to expect going into this one. RUST & STARDUST by T. Greenwood was the exact thing I needed. This has an element of impending doom and there’s an intensity about it that kept me sucked in. I will warn – this does depict physical and mental abuse to children.

Sally is 11 years old and wants to be friends with a group of girls in her class. They have an initiation they make her do in order to joint their club – she must steal something from a local store. As Sally is on her way out of the store, a man grabs her by the arm claiming to be with the FBI and that she needs to come with him. This begins Sally’s new nightmare – she is now on the run with the man that has kidnapped her.

This goes between different perspectives and brings us on their journey as they jump from city to city to avoid being caught. We get to see through the eyes of Sally, her mother, her sister, her brother-in-law, and others that she comes in contact with throughout the months of her being on the run.

I couldn’t even imagine being in Sally’s shoes. At her age, you don’t want to disobey what a police officer, or FBI agent, is telling you to do (especially after being caught doing something illegal). So to have that trust completely taken advantage of just made my stomach turn. This is about the true events that inspired LOLITA by Vladimir Nabokov, but this is still fiction. After reading this I went back and did some research about the actual events and I couldn’t believe it.

Greenwood writes this so beautifully and in a style that was so fluid. I could not stop turning those pages. I had to know what was happening to Sally and what her family was doing. I highly recommend picking this one up – just remember that it’s not an easy topic to read about.

Have you read LOLITA? I haven’t yet but feel like I need to now that I’ve read this.