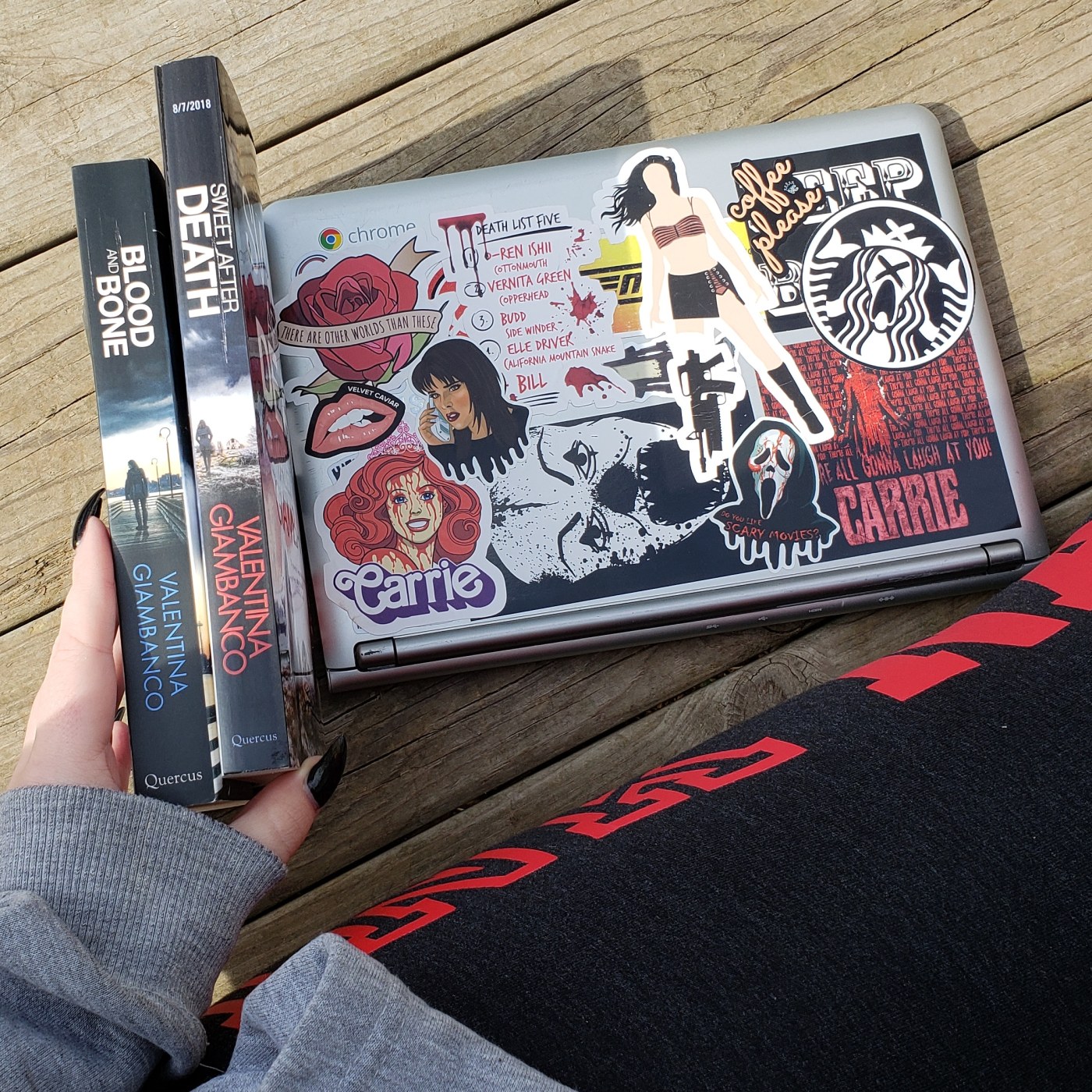 Good afternoon! With September coming to an end I wanted to share an interesting excerpt from author Valentina Giambanco about writing children in crime fiction novels. I have read a couple of her books now and you can check out my reviews below 🙂

SWEET AFTER DEATH Review and Excerpt

Thank you to Quercus Books for sharing this with me! I found it very intriguing to read through and I know a lot of crime fiction fans will feel the same way. 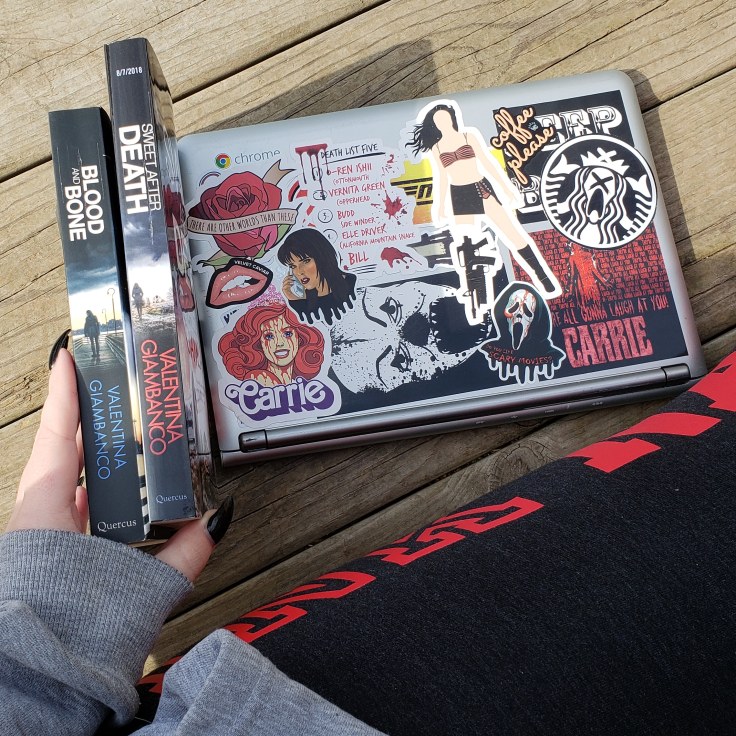 It’s a curious starting point that when I wrote the words ‘Children in Crime Fiction’ in the search engine box to see what examples it would bring up, 99.9% of the results were about crime fiction aimed at children as opposed to children as characters.

I tried a number of different permutations of the search but still, Google just didn’t want to talk about it…the fact that children, for better or for worse, are often present as witnesses, victims and sometimes agents of the tragedies brought to life in crime fiction. Maybe it is an unpalatable truth but it is a truth nevertheless.

Children can be central characters in the landscape of a crime fiction story. I don’t mean the child as victim who’s going to springboard the sequence of events into action – God knows, there’s enough of it happening in real life. I mean that the child, as a voice in a story that has to do with the extremes of human behavior and the moral dilemmas that go with it, can be a complex and revealing character/artifice and it can bring so much to the whole – I think that the child as a helpless victim of crime is a deceptively easy device to grab the reader’s attention and sympathy, and it takes a powerful and unusual story to make this cliché worthwhile.

Here’s five ways in which children can be at the heart of a crime fiction narrative.

The shared childhood with a deeply traumatic episode that still haunts the life of one or more adult characters in the story.

I love MYSTIC RIVER by Dennis Lehane and I thought it absolutely nailed the tangled relationships of three men who were close as children but have grown up to lead very different lives. What happened to one of them as a boy still echoes in their adult lives and kicks off the twisty and compelling story. Yes, the boy is a victim of crime but Lehane has created a multifaceted individual not a cypher for lost innocence. Lehane also cuts between the present and the past using the flashbacks to the children as clues to what’s happening in the present. And, to make the point that human beings can and are utterly messed up at any age, teenage boys in the present are responsible for a death – two deaths you might say – and they are portrayed with all their fears, passions, frustrations, and only half-formed maturity. No one gets a free pass in this fantastic book.

The teenage kids caught up in a story bigger than they are as the way into the investigation of a crime and a town on the edge.

In ALL THE WICKED GIRLS by Chris Whitaker the disappearance of a fifteen year old girl is linked to other missing girls and the girl’s twin sister decides to investigate because she doesn’t trust the grown-ups who should be in charge, and are doing such a poor job of it. This was one of my favourite reads this year. So much comes into play in this book: the good sister/bad sister dynamic; the close bonds between teenage boys and the desire to belong, and yet be an individual; kids watching the world around them eroded by an economic downturn; and a ruthlessly accurate take on courage, loss, and desire.

The bad child, the twisted kid who comes from bad blood and was always destined to fulfil her fate. Or was she?

In GOOD ME, BAD ME Ali Land gives us a fifteen year old girl who informs on her serial killer mother and thus begins a story of bullying, jealousy, delusions, and greed. There is no place to hide in this world because the children (so very young) are either victims of a serial killer or (as teens) master manipulators and drug-taking instigators of the bullying of other children. It is not a relief that the adults are equally lost, deluded or plain liars. This is the child in a world with neither hope nor the energy to look for hope, and it makes for a very dark read indeed.

The child as a catalyst for the action and as a witness for how the story unfolds.

THE LOVELY BONES by Alice Sebold is unique because although a girl is murdered at the beginning of the book, we stay with her as she sees her family cope with what happened and as she makes sense of the after-life. Here the child is both participant and observer, a still point in space while everyone else around her moves on. It’s heartbreaking and full of love in spite of the darkness of the murder, an unusual story which makes for unusual crime fiction – and again it confirms how boundaries between genres can be fluid.

For me the best example of this by far is in RED DRAGON by Thomas Harris. You empathise with the little boy while aware that there are already in him all the elements that will lead him to kill as an adult. What’s really interesting for me is that Thomas Harris got it so right in RED DRAGON and yet so wrong in HANNIBAL RISES. The problem is this: Hannibal Lecter is an all-knowing, all-seeing kind of psychopath – he says to Clarice Starling in THE SILENCE OF THE LAMBS that she cannot dissect him with her blunt little tools and that she shouldn’t worry about what happened to him, that he happened. And that’s perfect, because the minute you begin to take apart what makes Lecter tick, he becomes a collection of psychological consequences like the rest of us, and where’s the fun in that? So, for my two cents, if you want to humanize your villain, by all means go ahead and show his dreadful childhood. However, if you want to keep him the enigma he could be, do not show his little sister being killed and eaten by starving bandits because your villain will be diminished by the blunt reminiscence and your reader will wonder why you took a pickaxe to the wonderful creation of your earlier book.

I will finish this jumble of thoughts on writing children in crime fiction with the most hopeful, beloved, warm character living through one of the hardest, most complex periods in history. Scout Finch in TO KILL A MOCKINGBIRD is witness to a great injustice, to the best and the worst in people, and yet she doesn’t get lost because her father’s principles give her enough of a moral compass to find her way back to the safety of home. My favourite moment in the story is when Scout – with Jem and Dill – happens on the mob trying to get to the man in the prison cell to lynch him. What a horrendous word that is, even just writing it gives me the chills. And what this little girl does – completely unware of the men’s intentions – is for an instant she brings them back to their own humanity by calling them out by name, interacting with them, and thus yanking them out of the mob. It works, and just for that night the man is saved.

I guess when it comes down to it the truth is that writing about children in crime fiction reveals more about the author, in my opinion, than writing just about any other character. And maybe that’s true about all genres anyway.