Thanks to TLC Book Tours and Minotaur Books for the free copy in exchange for my honest review. 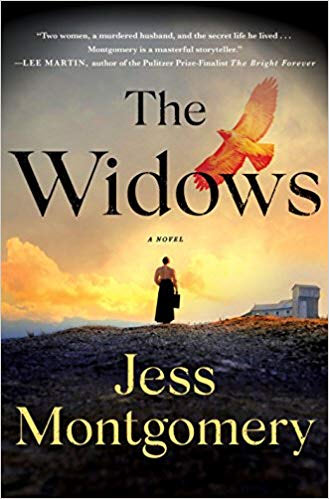 “The Widows kept me on the edge of my seat. Montgomery is a masterful storyteller.” –Lee Martin, author of Pulitzer Prize-Finalist The Bright Forever

Kinship, Ohio, 1924: When Lily Ross learns that her husband, Daniel Ross, the town’s widely respected sheriff, is killed while transporting a prisoner, she is devastated and vows to avenge his death.

Hours after his funeral, a stranger appears at her door. Marvena Whitcomb, a coal miner’s widow, is unaware that Daniel has died, and begs to speak with him about her missing daughter.

From miles away but worlds apart, Lily and Marvena’s lives collide as they realize that Daniel was not the man that either of them believed him to be–and that his murder is far more complex than either of them could have imagined.

Inspired by the true story of Ohio’s first female sheriff, this is a powerful debut about two women’s search for justice as they take on the corruption at the heart of their community. 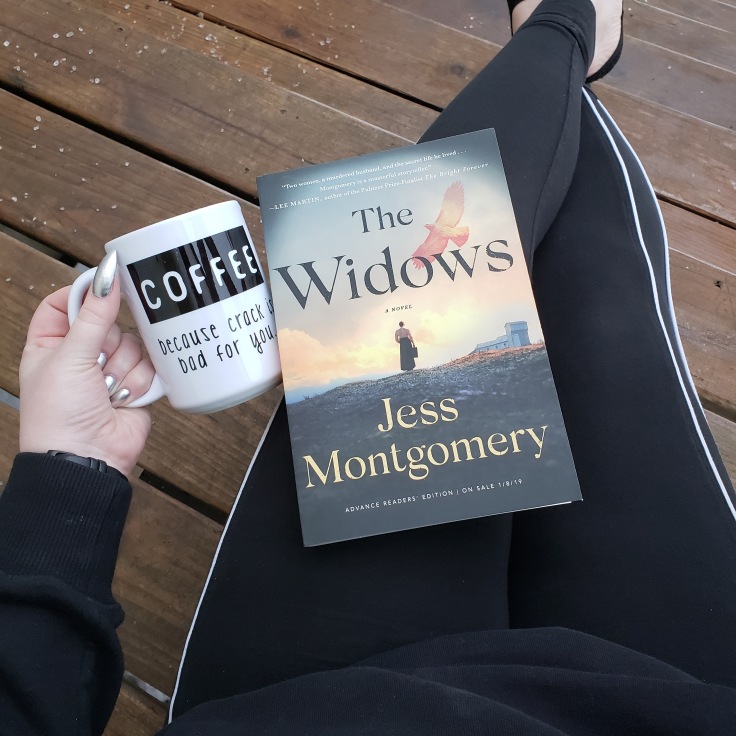 I’ve said it many times before, but I’m a huge fan of historical fiction. Throw in a mystery and that’s a combination I’m sure to enjoy! THE WIDOWS by Jess Montgomery was an incredibly engrossing read – the descriptions and writing were so detailed without being bogged down. You actually feel like you’re there with these women and experiencing everything alongside them.

What’s better than a strong female lead? Well, two of them, obviously. Montgomery intertwines the lives of Lily Ross and Marvena Whitcomb. What do they have in common? Lily’s husband, Daniel Ross, was the town’s respected sheriff that was tragically killed while transporting a prisoner. Marvena arrives at their doorstep after the funeral demanding to speak with him.

Secrets about Daniel Ross begin to unfold leading both women to realize that he was not the man they thought he was. As they try to solve his murder together, they quickly find themselves digging into a corruption that goes deeper than they could have imagined.

If anything, I would highly recommend this book for the writing alone. The detail and thought that went into this shows and I’m stunned that this is a debut!

JESS MONTGOMERY is the Literary Life columnist for the Dayton Daily News and Executive Director of the renowned Antioch Writers’ Workshop in Yellow Springs, Ohio. Based on early chapters of The Widows, Jess was awarded an Ohio Arts Council individual artist’s grant for literary arts and the John E. Nance Writer-in-Residence at Thurber House in Columbus. She lives in her native state of Ohio.

5 thoughts on “TLC Book Tours – The Widows by Jess Montgomery”