Some black and red beauties to feast your eyes on!

Thanks to Gallery Books for the free advanced copies in exchange for my honest reviews. 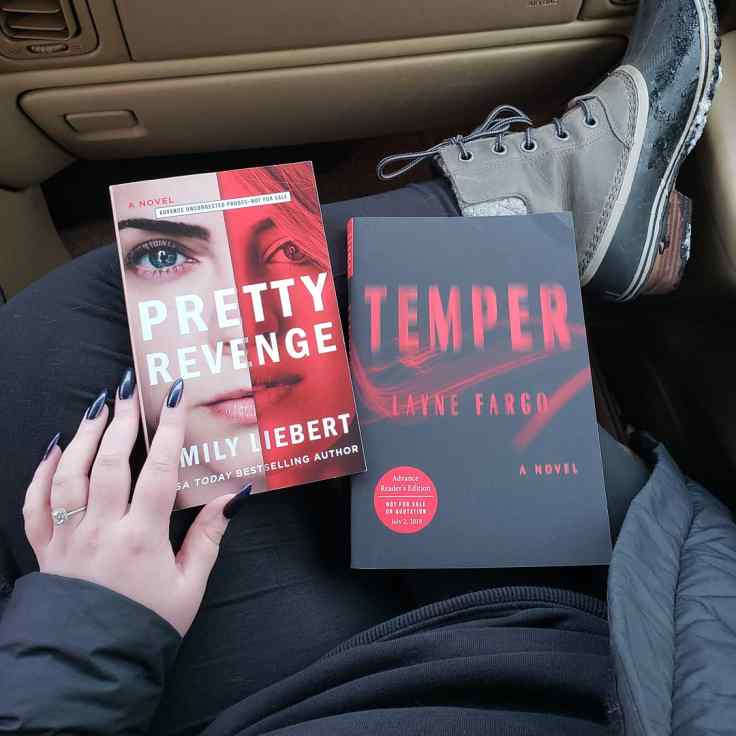 The name of the game is revenge—no matter the cost—in this emotionally charged thriller reminiscent of The Wife Between Us and The Perfect Nanny.

Kerrie O’Malley, jobless and in an unfulfilling relationship, can isolate the singular moment in her life when things veered off course—the night she was irrevocably wronged by someone she looked up to. Eighteen years later, when Kerrie sees the very woman who destroyed her life on television, a fire ignites inside her. The stakes are high. The risks are perilous. But she’ll stop at nothing to achieve the retribution she deserves.

Jordana Pierson is a gilded New Yorker who appears to have it all: wealth, glamour, a successful and handsome husband, and a thriving wedding concierge business. Her record is spotless. Her business is flourishing. No one knows the truth about her and the dark shadows of her past.

No one, that is, except Kerrie.

Exploring just how far someone will go for vengeance, Pretty Revenge is a riveting, compulsively readable novel bursting with twists and turns and plenty of suspense.

For fans of the high-stakes tension of the New York Times bestsellers Luckiest Girl Alive and The Lying Game, a razor-sharp page-turner about female ambition and what happens when fake violence draws real blood.

After years of struggling in the Chicago theater scene, ambitious actress Kira Rascher finally lands the role of a lifetime. The catch? Starring in Temper means working with Malcolm Mercer, a mercurial director who’s known for pushing his performers past their limits—on stage and off.

Kira’s convinced she can handle Malcolm, but the theater’s co-founder, Joanna Cuyler, is another story. Joanna sees Kira as a threat—to her own thwarted artistic ambitions, her twisted relationship with Malcolm, and the shocking secret she’s keeping about the upcoming production. But as opening night draws near, Kira and Joanna both start to realize that Malcolm’s dangerous extremes are nothing compared to what they’re capable of themselves.

An edgy, addictive, and fiendishly clever tale of ambition, deceit, and power, Temper is a timely, heart-in-your-throat psychological thriller that will leave you breathless.