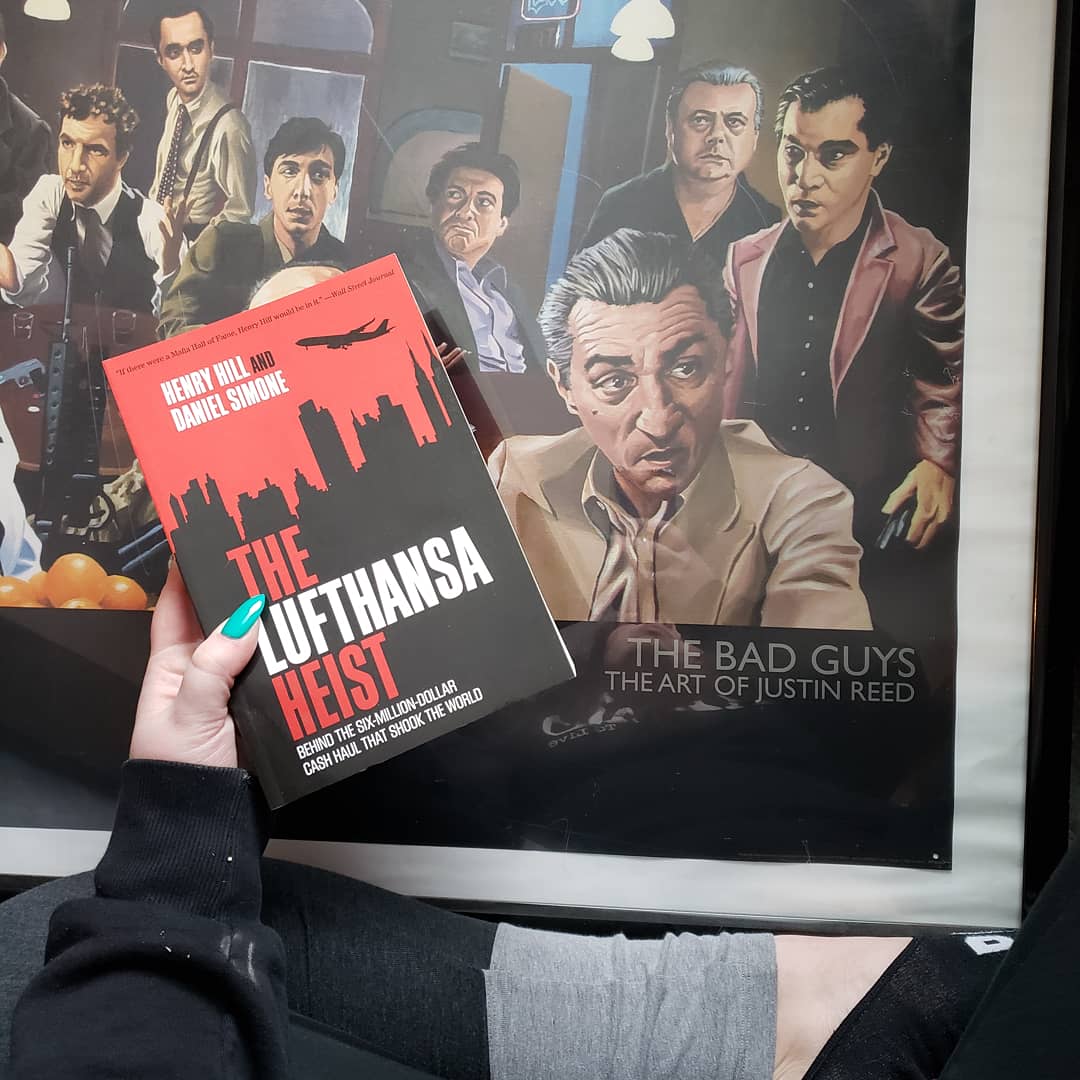 Goodfellas is, hands down, my favorite movie. I remember watching the opening scene with my dad at the age of 10 or 11 and my mom freaking out, “Richard! Why are you letting her watch this?!” This was also the movie I chose for Jeremy and I to watch on our first date (followed by Gangs of New York – there’s a pattern to the films I love)

When I was browsing through my local Barnes & Noble I was looking through the true crime section. When you see the name Henry Hill on the spine of a book, you have to investigate! For those of you that have seen the movie or read Nicholas Pileggi’s novel WISEGUY, then you already know a little bit about the Lufthansa Heist that they were able to pull off. Then there are also those that got to live through it and see it unfold in the news. I love these kinds of history lessons that involve the mafia/organized crime.

I’m so excited to read this one and get a better history of the heist – how it was planned, executed, and then the following murders carried out by Jimmy “The Gent” Burke. 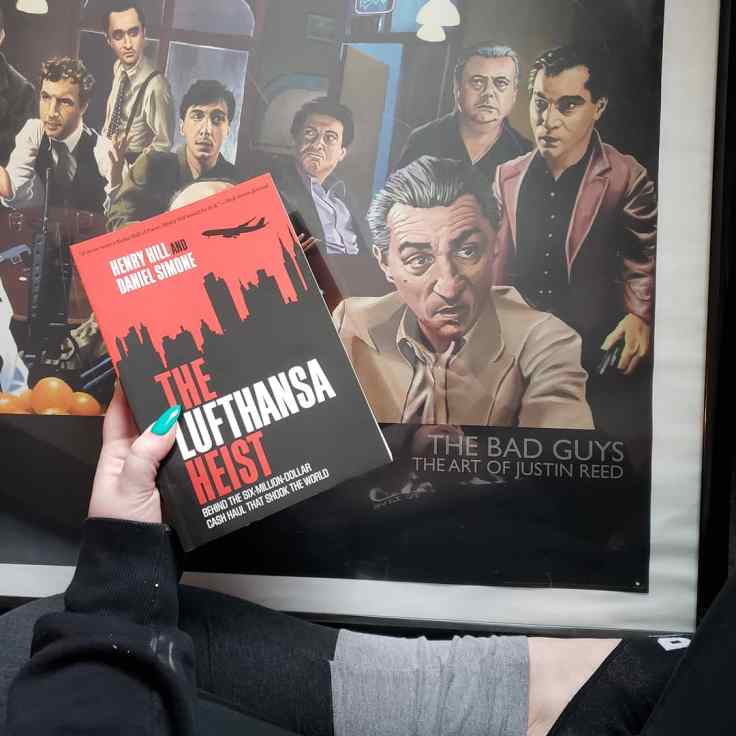 The inside story—from the organizer himself–of the largest unrecovered cash haul in history. This full account brings readers behind the heist memorialized in Goodfellas, a crime that has baffled law enforcement for decades. From Henry Hill himself, The Lufthansa Heist is the last book he worked on before his 2012 death.

On December 11th, 1978, a daring armed robbery rocked Kennedy Airport, resulting in the largest unrecovered cash haul in world history, totaling six million dollars. The perpetrators were never apprehended and thirteen people connected to the crime were murdered in homicides that, like the crime itself, remain unsolved to this day. The burglary has fascinated the public for years, dominating headlines around the globe due to the story’s unending ravel of mysteries that baffled the authorities.One of the organizers of the sensational burglary, Henry Hill, who passed away in 2012, in collaboration with Daniel Simone, has penned an unprecedented “tell-all” about the robbery with never-before-unveiled details, particulars only known to an insider.