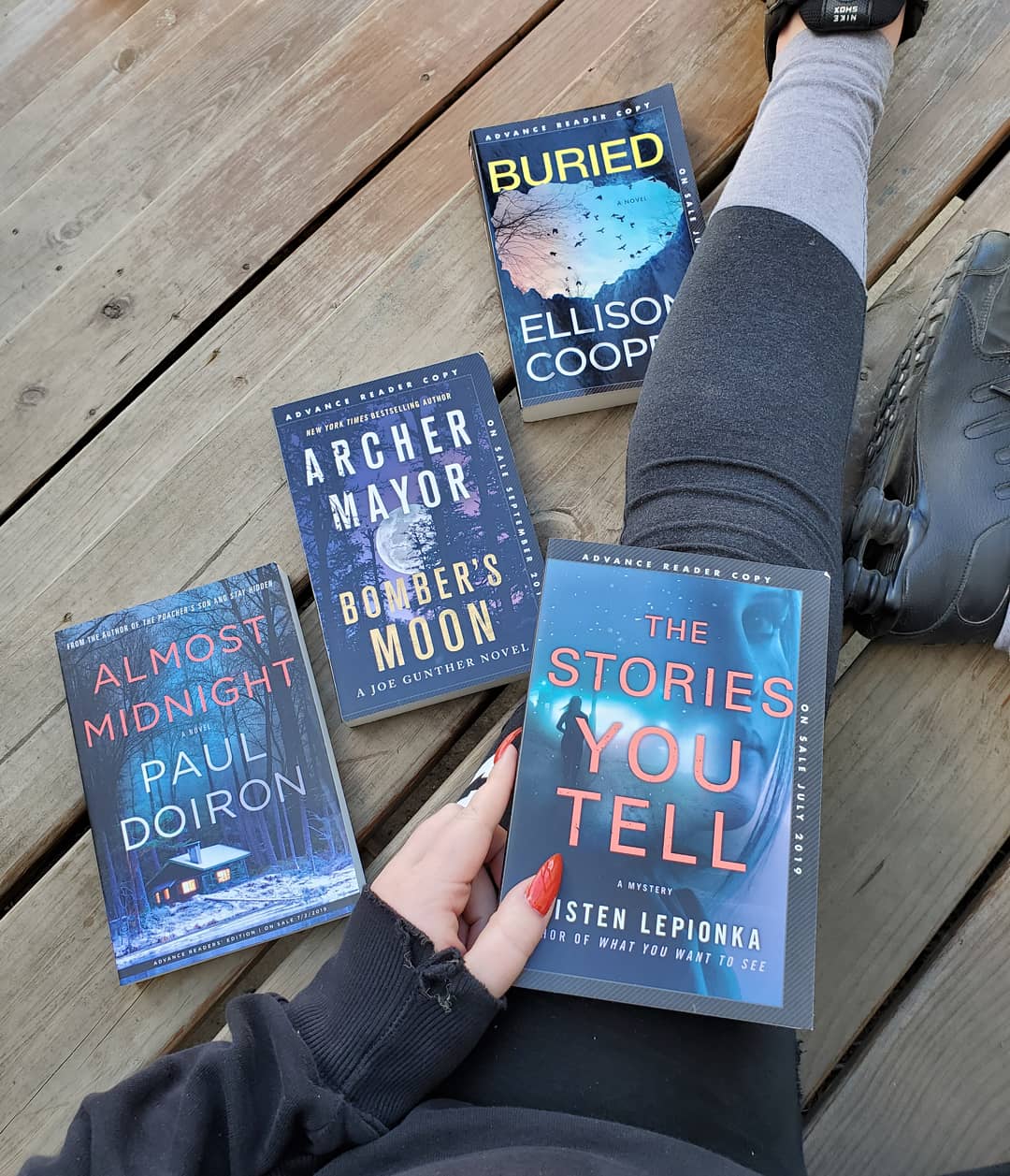 Thanks to Minotaur for the free advanced copies in exchange for my honest reviews.

I’m so excited for all of these – I’ve loved the other books of theirs that I’ve read. 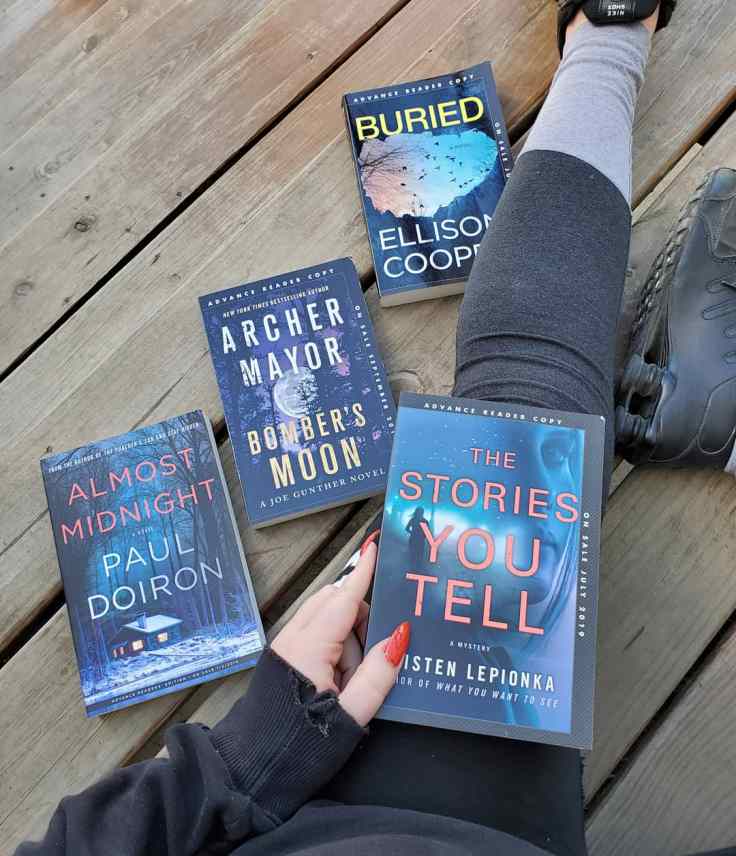 THE STORIES YOU TELL – Kristen Lepionka

The Stories You Tell is Shamus Award-winning and Anthony and Macavity Award-nominated author Kristen Lepionka’s heart-pounding third novel that will keep listeners on the edge of their seats with her signature twists and mile-high stakes.

A late-night phone call is never good news, especially when you’re Roxane Weary. This one is from her brother Andrew whose evening was interrupted by a visit from Addison, a hip young DJ he knows from the hotel bar where he works. She was drunk, bloody, and hysterical, but she wouldn’t say what was wrong. After using his phone, she left as quickly as she appeared, and Andrew is worried. That’s when he calls Roxane.

But another late-night call occurs as well: Addison’s father calls the police after getting a panicked voicemail from his daughter. The only thing he could understand is the address she gave in the message—Andrew’s. Before long, the police are asking Andrew all about why there’s blood in his apartment and what he did to Addison. Meanwhile, another cop is found dead on the opposite side of town, leading to a swirl of questions surrounding a dance club whose staff—which includes Addison—has suddenly gone AWOL.

In Ellison Cooper’s suspense thriller Buried, an FBI neuroscientist is on the trail of a serial killer who’s turned up the heat on a cold case…

Senior Special Agent Sayer Altair studies the minds of psychopaths. But even she didn’t expect to uncover a killer within the Federal Bureau of Investigation. Rooting him out and exposing internal corruption got her a bullet wound and six months of desk duty. Now, she’s finally back in the field, called in when an off-duty FBI agent and his cadaver dog fall into a sinkhole filled with human bones.

Found deep in Virginia’s Shenandoah National Park, the skeletal remains date back almost two decades, the same time a beloved local teen disappeared. The cold case quickly heats up when Sayer’s team finds two fresh corpses among the bones. When a gruesome clue ties these new bodies to a woman recently kidnapped along with her young daughter, Sayer has to uncover the connection between the old bones and the new bodies before the mother and child become the next victims.

But the killer is one step ahead, attacking her team and sabotaging their efforts. With Sayer’s investigation compromised and unsure of who to trust, she receives unwanted help from Subject 037, one of the anonymous psychopaths she is currently studying. She has the chilling realization that he’s someone powerful in Washington D.C.–and he is not about to let a mundane serial killer jeopardize his own ominous agenda for Sayer..

The murder of a small-time drug dealer snowballs into the most complex case ever faced by Joe Gunther and his VBI team.

It is said a bright and clear bomber’s moon is the best asset to finding one’s target. But beware what you wish for: What you can see at night can also see you. Often with dire consequences.

Bomber’s Moon is Archer Mayor’s latest entry in the Joe Gunther series and it may just be his best yet.

Two young women form the heart of this tale. One, an investigative reporter, the other a private investigator. Uneasy allies from completely different walks of life, they work together–around and sometimes against Joe Gunther and his VBI cops–in an attempt to connect the murders of a small town drug dealer, a smart, engaging, fatally flawed thief, and the tangled, political, increasingly dark goings on at a prestigious prep school.

While Gunther and the VBI set about solving the two murders, Sally Kravitz and Rachel Reiling combine their talents and resources to go where the police cannot, from working undercover at Thorndike Academy, to having clandestine meetings with criminals for their insider’s knowledge of Vermont’s unexpectedly illicit underbelly.

But there is a third element at work. A malevolent force, the common link in all this death and chaos, is hard at work sowing mayhem to protect its ancient, vicious, very dark roots.

Warden Investigator Mike Bowditch already has a troubling mystery on his hands: finding the archer who mortally wounded Maine’s only wild wolf. Then he learns his best friend, Billy Cronk, has been released from prison after heroically defending a female guard from a stabbing. Mike comes to believe the assault was orchestrated by a wider criminal conspiracy. When the conspirators pursue Billy’s wife and children to a “safe” cabin in the woods, Mike rushes to their defense only to find himself outnumbered, outgunned―and maybe out of options.