Released yesterday! So many books out on July 2nd this year!

She was the greatest nemesis of d’Artagnan and the Three Musketeers–but Milady de Winter was so much more than just a villain in their swashbuckling adventures.

I’ve gone by many names though you know me as Milady de Winter: Villainess, seductress, a secondary player in The Three Musketeers story.

But we all know history was written by men, and they so often get things wrong.

So before you cast judgment, let me tell you of how a girl from the countryside became the most feared woman in all of Europe. A target for antipathy, a name whispered in fear or loathing.

I don’t need you to like me. I just need to be free.

It’s finally time I tell my own story. The truth isn’t tidy or convenient, but it’s certainly more interesting. 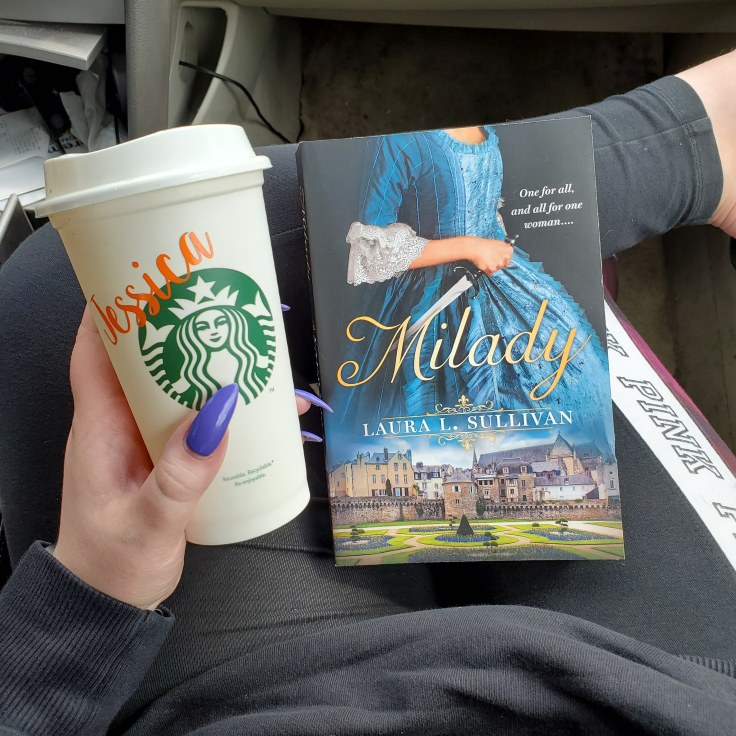 Who here knows the story of The Three Musketeers? Well, if you’re familiar with it then you’ll remember their nemesis Milady de Winter. A villainess that was more of a secondary character throughout The Three Musketeers, but now, we get to hear her side of the story. As the synopsis says, “But we all know history was written by men, and they so often get things wrong.”

Milady de Winter is a force to be reckoned with and quite the female lead! This is more than just historical fiction – there’s adventure, action, love, betrayal, and even murder. There’s something for everyone in this tale and I thought it was easy to follow along with even though I haven’t read The Three Musketeers (I think I need to remedy that, because reading some of the classics is good to do).

The author’s research shines through in this book. You’re immediately transported back in time – the setting, the dialogue, and so much more felt so authentic. If you’re a fan of historical fiction then I think you’ll enjoy this one. Who doesn’t love hearing the side from the villain’s point of view?