Thanks to Silvertail Books for the free ebook copy in exchange for my honest review!

PURSUED BY RUTHLESS KILLERS AND TORMENTED BY HIS OWN DEMONS, WILL JACKIE SHAW GET OUT OF JAPAN ALIVE?

‘DRY RIVER captures a sense of place with such vivid, visceral, and violent detail that you can smell the sweat, the blood, and the wasabi.’ RAYMOND BENSON

When ex-undercover agent Jackie Shaw visits northern Japan for a holiday, he is in search of relaxation, an escape from the brutality and tragedy of his past.
But when a local man is butchered as he spies on a young woman in the seedy heart of Sapporo’s entertainment district, Jackie is dragged into the hunt for a terrifying serial killer and begins a long and bloody battle with vicious yakuza gangs.
From the twisted underbelly of one of Japan’s largest cities to the vast, unforgiving wilderness of the northern territories of Hokkaido, DRY RIVER is a uniquely menacing and compulsive thriller which will take you to places you’ve never been before.

If you like Barry Eisler, Mark Dawson, Adrian McKinty or James Clavell, you’ll love John Steele’s books. DRY RIVER is the third book in John’s Jackie Shaw series and the most gripping yet!

‘John Steele’s picture-perfect depiction of the yakuza world in Japan is not only accurate, it is frightening.’ Raymond Benson, author of Blues in the Dark and the five-book The Black Stiletto

If you’re looking for a crazy, action packed ride, then you need to get this on your TBR! I saw another reviewer compare the action to Kill Bill and I was all for this – I mean, the Yakuza and bloody battles, I can’t disagree to getting those vibes. While this is the third book in a series, I didn’t feel like I was missing a lot and could easily follow along.

We switch between perspectives and I personally loved the ones from the Demon’s point of view. Who doesn’t love to get into the mind of a ruthless killer? Half the fun was trying to figure out who this character could be – which character is causing all this death and destruction? I will say, the big reveal at the end was fantastic and shocking. I wasn’t anticipating that and as an avid crime fiction fan that’s always a major plus.

Overall, if you want gore and blood and action, then this is the book for you. This book flew by considering the ebook was just over 500 pages. 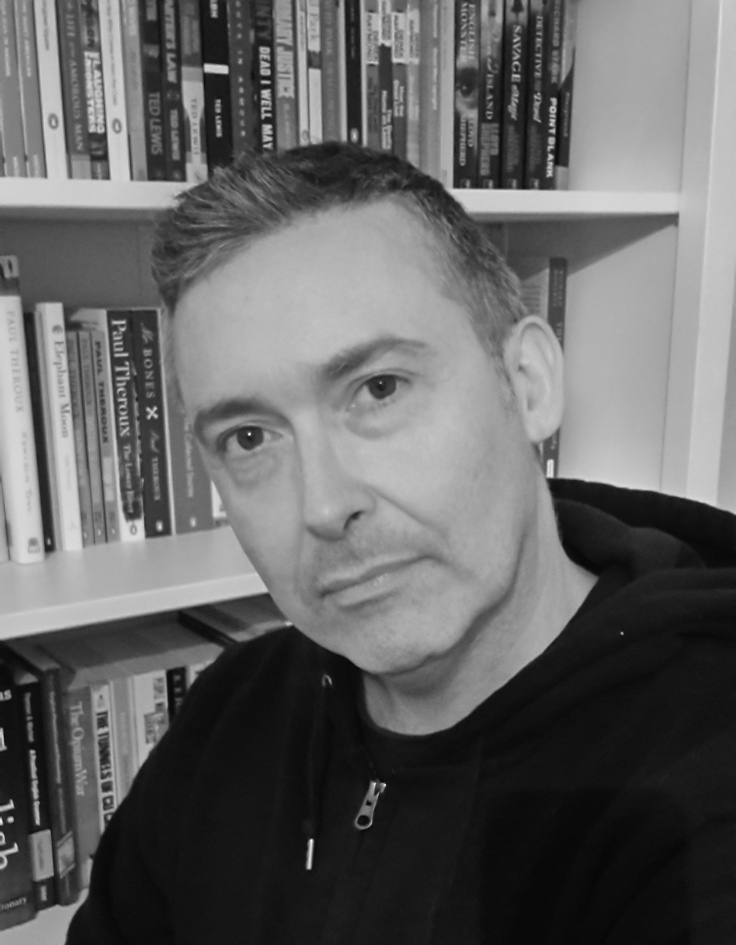 John Steele was born and raised in Belfast, Northern Ireland. In 1995, at the age of twenty-two he travelled to the United States and has since lived and worked on three continents, including a thirteen-year spell in Japan which i

nspired Dry River. Among past jobs he has been a drummer in a rock band, an illustrator, a truck driver and a teacher of English. He now lives in England with his wife and daughter. He began writing short stories, selling them to North American magazines and fiction digests. Dry River is his third novel and the third Jackie Shaw book. The first two, Ravenhill and Seven Skins, are published by Silvertail Books.