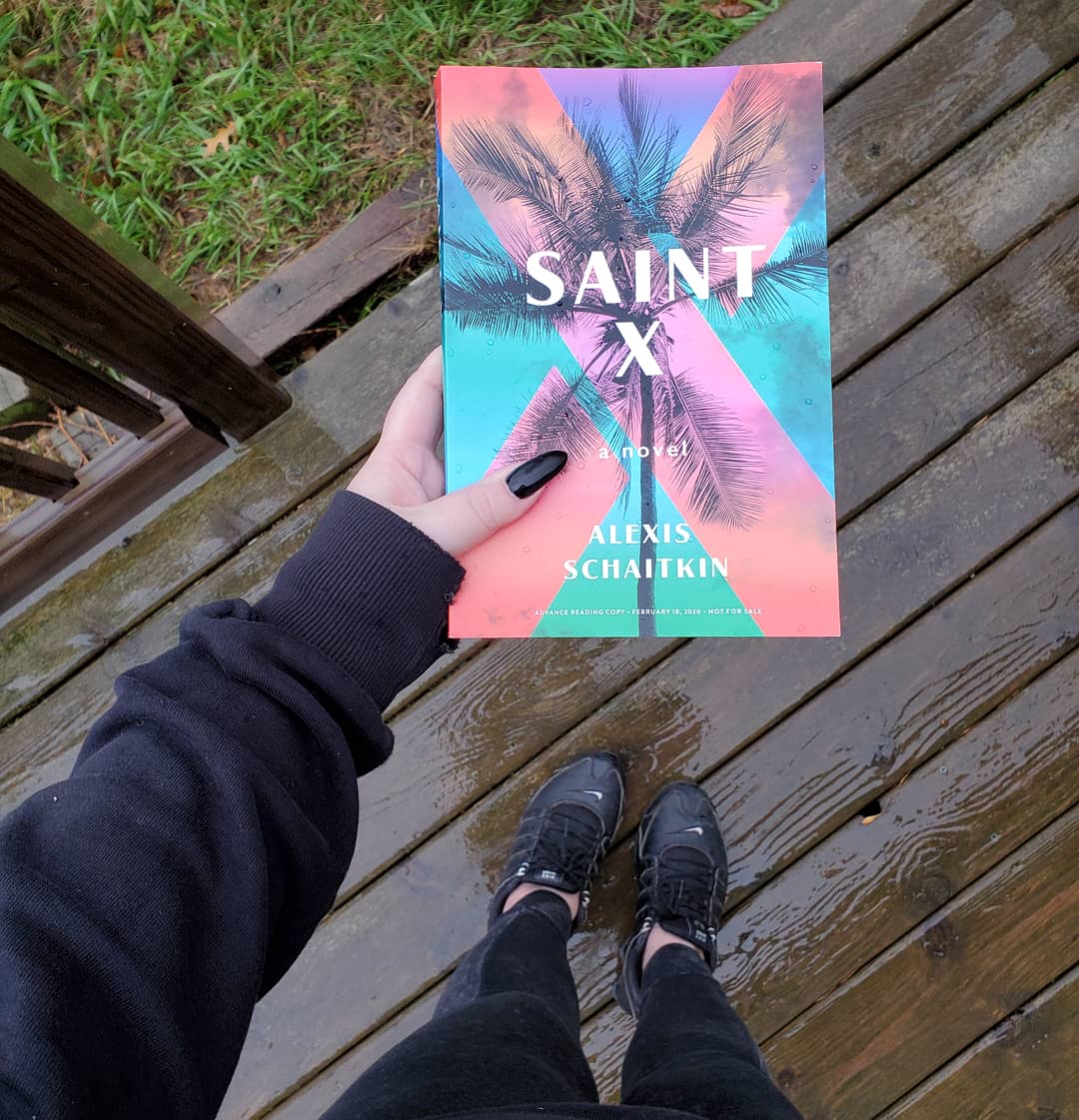 Its been solid rain today and I’m loving this beautiful bright cover.

This also came with a recipe for rum punch and some fun drink mixing sticks. I can’t wait to try out the recipe! 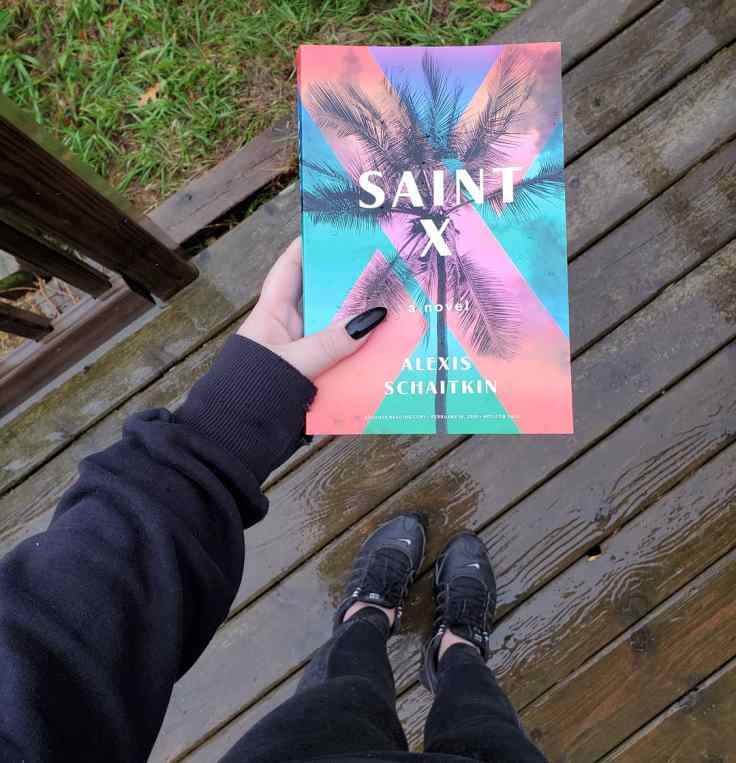 Hailed as a “marvel of a book” and “brilliant and unflinching,” Alexis Schaitkin’s stunning debut Saint X is a haunting portrait of grief, obsession, and the bond between two sisters never truly given the chance to know one another.

Claire is only seven years old when her college-age sister, Alison, disappears on the last night of their family vacation at a resort on the Caribbean island of Saint X. Several days later, Alison’s body is found in a remote spot on a nearby cay, and two local men―employees at the resort―are arrested. But the evidence is slim, the timeline against it, and the men are soon released. The story turns into national tabloid news, a lurid mystery that will go unsolved. For Claire and her parents, there is only the return home to broken lives.

Years later, Claire is living and working in New York City when a brief but fateful encounter brings her together with Clive Richardson, one of the men originally suspected of murdering her sister. It is a moment that sets Claire on an obsessive pursuit of the truth―not only to find out what happened the night of Alison’s death but also to answer the elusive question: Who exactly was her sister? At seven, Claire had been barely old enough to know her: a beautiful, changeable, provocative girl of eighteen at a turbulent moment of identity formation.

As Claire doggedly shadows Clive, hoping to gain his trust, waiting for the slip that will reveal the truth, an unlikely attachment develops between them, two people whose lives were forever marked by the same tragedy.

For readers of Emma Cline’s The Girls and Lauren Groff’s Fates and Furies, Saint X is a flawlessly drawn and deeply moving story that culminates in an emotionally powerful ending.