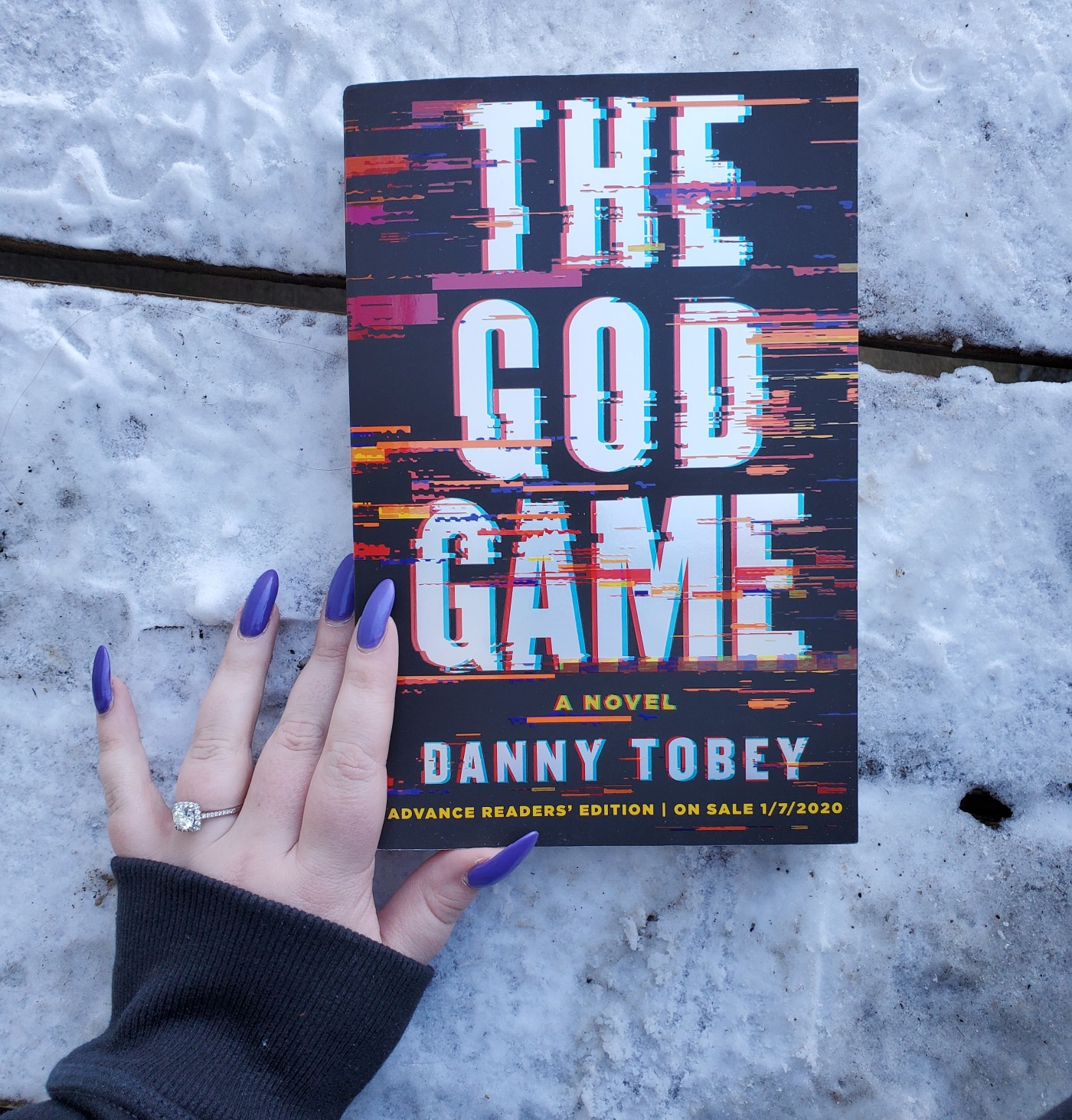 This cover has so many amazing colors to it – I love it!

Thanks to St. Martin’s Press for the free early copy in exchange for my honest review 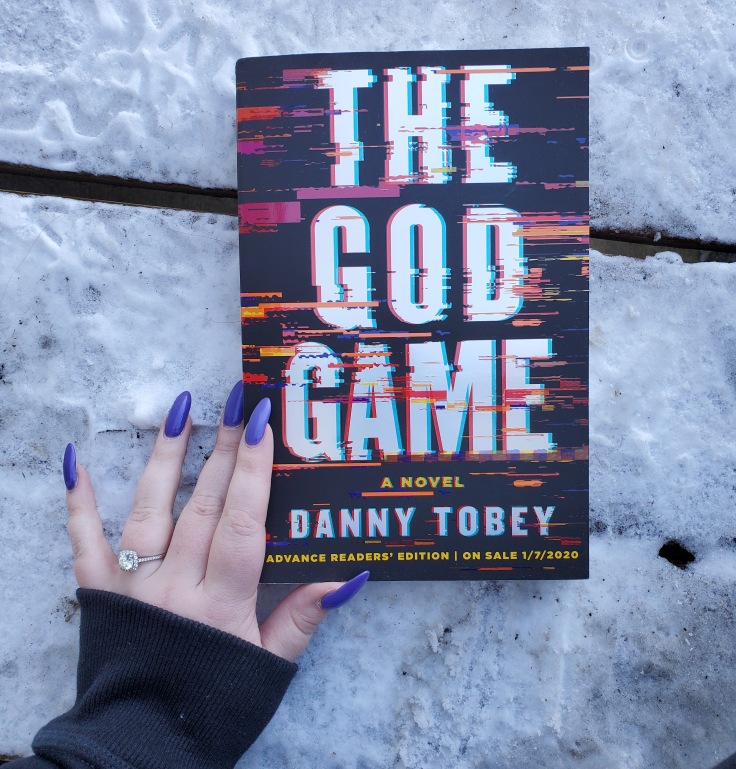 You are invited!
Come inside and play with G.O.D.
Bring your friends!
It’s fun!
But remember the rules. Win and ALL YOUR DREAMS COME TRUE.™ Lose, you die!

With those words, Charlie and his friends enter the G.O.D. Game, a video game run by underground hackers and controlled by a mysterious AI that believes it’s God. Through their phone-screens and high-tech glasses, the teens’ realities blur with a virtual world of creeping vines, smoldering torches, runes, glyphs, gods, and mythical creatures. When they accomplish a mission, the game rewards them with expensive tech, revenge on high-school tormentors, and cash flowing from ATMs. Slaying a hydra and drawing a bloody pentagram as payment to a Greek god seem harmless at first. Fun even.

But then the threatening messages start. Worship me. Obey me. Complete a mission, however cruel, or the game reveals their secrets and crushes their dreams. Tasks that seemed harmless at first take on deadly consequences. Mysterious packages show up at their homes. Shadowy figures start following them, appearing around corners, attacking them in parking garages. Who else is playing this game, and how far will they go to win?

And what of the game’s first promise: win, win big, lose, you die? Dying in a virtual world doesn’t really mean death in real life—does it?

As Charlie and his friends try to find a way out of the game, they realize they’ve been manipulated into a bigger web they can’t escape: an AI that learned its cruelty from watching us.

God is always watching, and He says when the game is done.

2 thoughts on “Book Mail – The God Game by Danny Tobey”