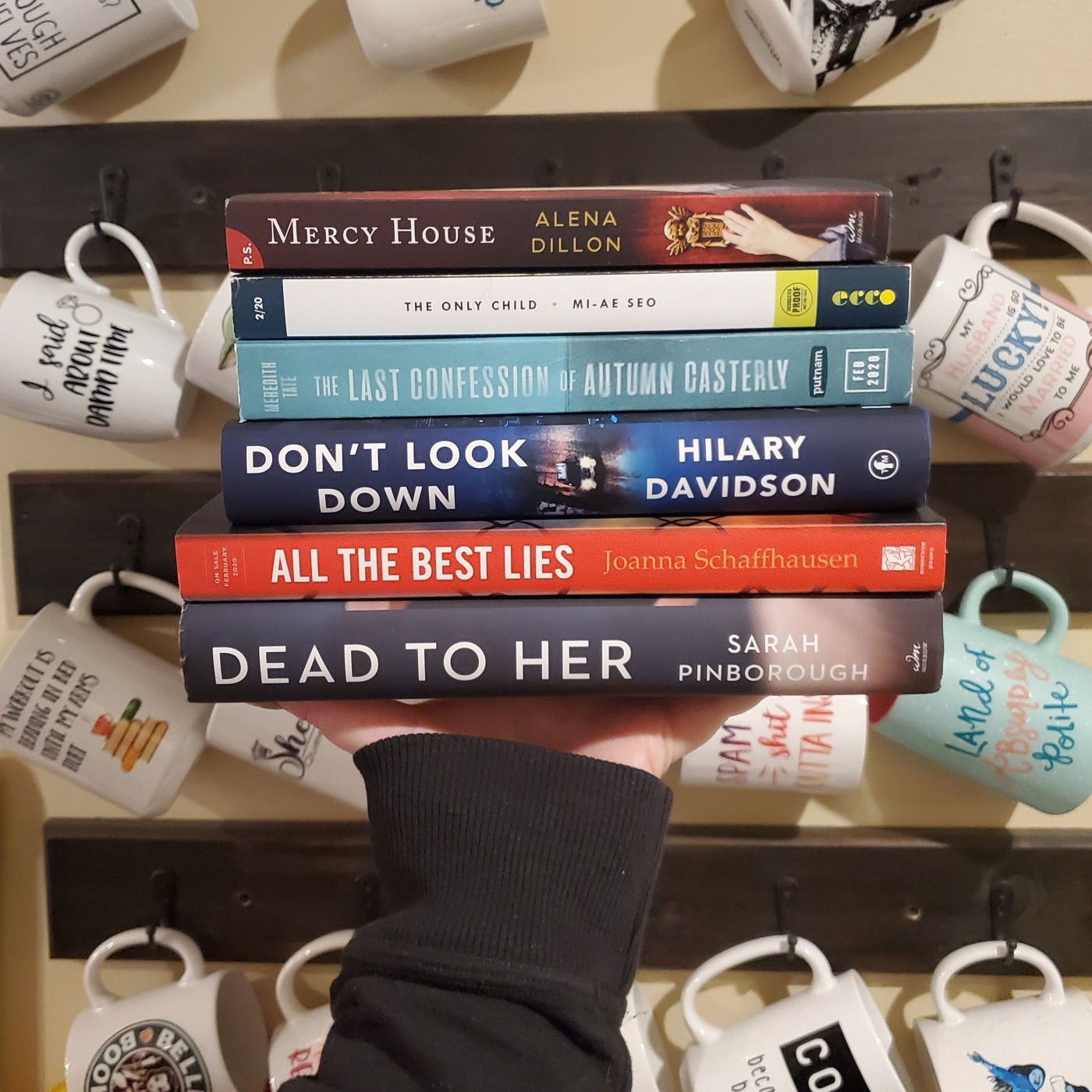 It’s that time of the week again – #NewBookTuesday

ALL THE BEST LIES – Joanna Schaffhausen

FBI agent Reed Markham is haunted by one painful unsolved mystery: who murdered his mother? Camilla was brutally stabbed to death more than forty years ago while baby Reed lay in his crib mere steps away. The trail went so cold that the Las Vegas Police Department has given up hope of solving the case. But then a shattering family secret changes everything Reed knows about his origins, his murdered mother, and his powerful adoptive father, state senator Angus Markham. Now Reed has to wonder if his mother’s killer is uncomfortably close to home.

Unable to trust his family with the details of his personal investigation, Reed enlists his friend, suspended cop Ellery Hathaway, to join his quest in Vegas. Ellery has experience with both troubled families and diabolical murderers, having narrowly escaped from each of them. She’s eager to skip town, too, because her own father, who abandoned her years ago, is suddenly desperate to get back in contact. He also has a secret that could change her life forever, if Ellery will let him close enough to hear it.

Far from home and relying only on each other, Reed and Ellery discover young Camilla had snared the attention of dangerous men, any of whom might have wanted to shut her up for good. They start tracing his twisted family history, knowing the path leads back to a vicious killer—one who has been hiding in plain sight for forty years and isn’t about to give up now.

From the Amazon Charts bestselling author of One Small Sacrifice, a gripping mystery about a sinister murder that everyone wants to stay buried—except one dogged NYPD detective.

Jo Greaver is a model of success. Young and ambitious, she’s built a thriving beauty business from nothing. But she has secrets she’ll do anything to keep buried. When her blackmailer offers to meet, Jo expects to pay him off—but gets a bullet instead. Bleeding and in shock, Jo flees with no one to turn to.

When NYPD detective Sheryn Sterling and her partner, Rafael Mendoza, find Andray Baxter murdered in his own home—shot through the heart—everything points to Jo as the killer. Her blood is at the scene, and so are disturbing photos of her taken as a young teen. But Sheryn has doubts. Was the kindhearted Andray really a criminal? Why did he repeatedly report finding spyware in his apartment? Was there something shady about Jo’s sister dying a year earlier?

Something’s not right, and it’s up to Sheryn to piece together the sinister puzzle, no matter the cost.

When band-geek Ivy and her friends get together, things start with a rousing board game and end with arguments about Star Wars.

But Autumn might not be tough enough. After a drug deal gone wrong, Autumn is beaten, bound, and held hostage. Now, trapped between life and death, she leaves her body, seeking help. No one can sense her presence–except her sister.

When Autumn doesn’t come home, Ivy just knows she’s in trouble. Unable to escape the chilling feeling that something isn’t right, Ivy follows a string of clues that bring her closer to rescuing her sister… and closer to danger.

Autumn needs Ivy to find her before time runs out. But soon, both sisters realize that finding her also means untangling the secrets that lead to the truth–about where they’re hiding Autumn, and what Autumn has been hiding.

DEAD TO HER – Sarah Pinborough – #currentlyreading

For fans of Liane Moriarty, Liv Constantine and Lisa Jewell, a twisty psychological thriller about a savvy second wife who will do almost anything to come out on top from the New York Times bestselling author of Behind Her Eyes.

Being the second wife can be murder . . .

“Once a cheat, always a cheat,” they say. Marcie Maddox has worked hard to get where she is after the illicit affair that started her new life a few years ago. But her world of country clubs, yachts and sumptuous houses in Savannah, Georgia, isn’t easy to maintain, no matter how hard she tries. Nor is keeping her husband, Jason, truly interested.

So, when Jason’s boss brings home a hot new wife from his trip to London, the young Mrs William Radford IV isn’t quite the souvenir everyone expected. Sexy, drop-dead gorgeous and black—Keisha quickly usurps Marcie’s place as the beautiful second wife. But when Marcie sees the extra spark in the room when Keisha and Jason are together and their obvious, magnetic attraction, the gloves come off.

Revenge is best served cold, but in the steamy Savannah heat, blood runs so hot that this summer it might just boil over into murder.

THE ONLY CHILD – Mi-ae Seo

Criminal psychologist Seonkyeong receives an unexpected call one day. Yi Byeongdo, a serial killer whose gruesome murders shook the world, wants to be interviewed. Yi Byeongdo, who has refused to speak to anyone until now, asks specifically for her. Seonkyeong agrees out of curiosity.

That same day Hayeong, her husband’s eleven-year-old daughter from a previous marriage, shows up at their door after her grandparents, with whom she lived after her mother passed away, die in a sudden fire. Seonkyeong wants her to feel at home, but is gradually unnerved as the young girl says very little and acts strangely.

At work and at home, Seonkyeong starts to unravel the pasts of the two new arrivals in her life and begins to see startling similarities. Hayeong looks at her the same way Yi Byeongdo does when he recounts the abuse he experienced as a child; Hayeong’s serene expression masks a temper that she can’t control. Plus, the story she tells about her grandparents’ death, and her mother’s before that, deeply troubles Seonkyeong. So much so that Yi Byeongdo picks up on it and starts giving her advice.

Written with exquisite precision and persistent creepiness, The Only Child is psychological suspense at its very best

A powerful debut novel of a refuge in Brooklyn for women in trouble—and the one woman who will risk all to protect them.

In the Bedford-Stuyvesant neighborhood of Brooklyn stands a century-old row house presided over by renegade, silver-haired Sister Evelyn. Gruff and indomitable on the surface, warm and wry underneath, Evelyn and her fellow sisters makes Mercy House a safe haven for the abused and abandoned.

Women like Lucia, who arrives in the dead of night; Mei-Li, the Chinese and Russian house veteran; Desiree, a loud and proud prostitute; Esther, a Haitian immigrant and aspiring collegiate; and Katrina, knitter of lumpy scarves… all of them know what it’s like to be broken by men.

Little daunts Evelyn, until she receives word that Bishop Robert Hawkins is coming to investigate Mercy House and the nuns, whose secret efforts to help the women in ways forbidden by the Church may be uncovered. But Evelyn has secrets too, dark enough to threaten everything she has built.

Evelyn will do anything to protect Mercy House and the vibrant, diverse women it serves—confront gang members, challenge her beliefs, even face her past. As she fights to defend all that she loves, she discovers the extraordinary power of mercy and the grace it grants, not just to those who receive it, but to those strong enough to bestow it.