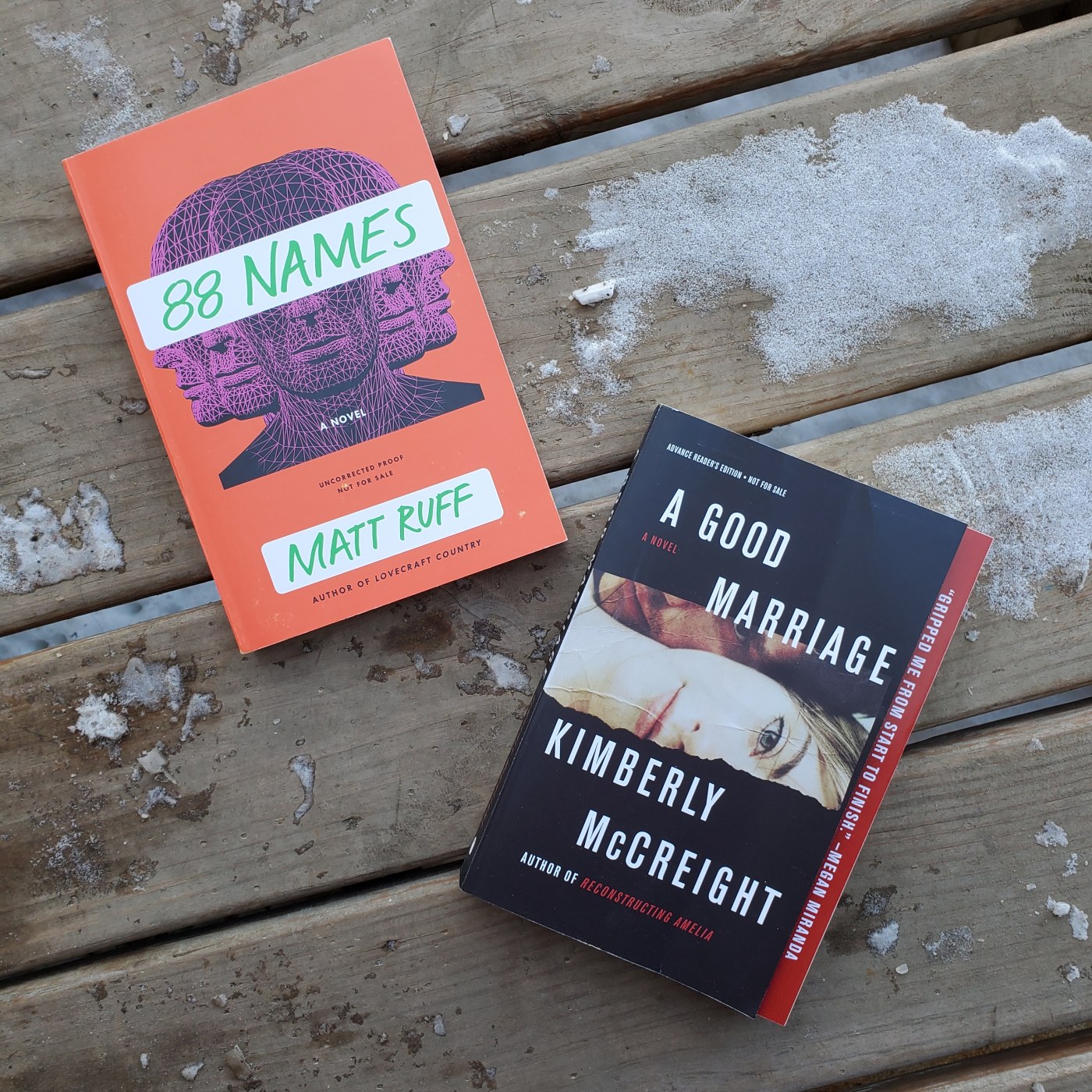 I’ve enjoyed McCreight’s Outliers series, so I’m ready to give one of her standalones a try! 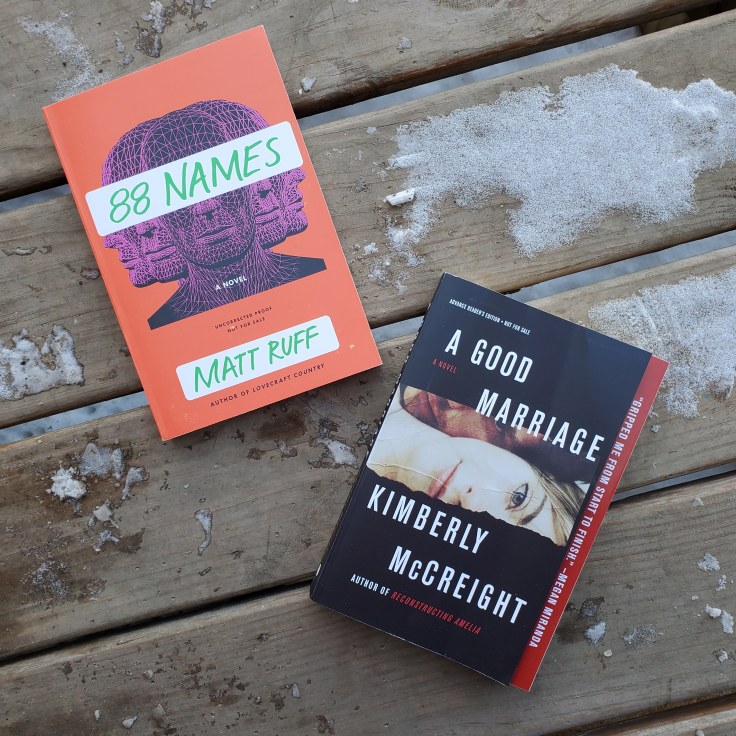 Big Little Lies meets Presumed Innocent in this riveting novel from the New York Times bestselling author of Reconstructing Amelia, in which a woman’s brutal murder reveals the perilous compromises some couples make—and the secrets they keep—in order to stay together.

Lizzie Kitsakis is working late when she gets the call. Grueling hours are standard at elite law firms like Young & Crane, but they’d be easier to swallow if Lizzie was there voluntarily. Until recently, she’d been a happily underpaid federal prosecutor. That job and her brilliant, devoted husband Sam—she had everything she’d ever wanted. And then, suddenly, it all fell apart.

No. That’s a lie. It wasn’t sudden, was it? Long ago the cracks in Lizzie’s marriage had started to show. She was just good at averting her eyes.

The last thing Lizzie needs right now is a call from an inmate at Rikers asking for help—even if Zach Grayson is an old friend. But Zach is desperate: his wife, Amanda, has been found dead at the bottom of the stairs in their Brooklyn brownstone. And Zach’s the primary suspect.

As Lizzie is drawn into the dark heart of idyllic Park Slope, she learns that Zach and Amanda weren’t what they seemed—and that their friends, a close-knit group of fellow parents at the exclusive Grace Hall private school, might be protecting troubling secrets of their own. In the end, she’s left wondering not only whether her own marriage can be saved, but what it means to have a good marriage in the first place.

The critically acclaimed author of Lovecraft Country returns with a thrilling and immersive virtual reality epic—part cyberthriller, part twisted romantic comedy—that transports you to a world where identity is fluid and nothing can be taken at face value.

John Chu is a “sherpa”—a paid guide to online role-playing games like the popular Call to Wizardry. For a fee, he and his crew will provide you with a top-flight character equipped with the best weapons and armor, and take you dragon-slaying in the Realms of Asgarth, hunting rogue starships in the Alpha Sector, or battling hordes of undead in the zombie apocalypse.

Chu’s new client, the pseudonymous Mr. Jones, claims to be a “wealthy, famous person” with powerful enemies, and he’s offering a ridiculous amount of money for a comprehensive tour of the world of virtual-reality gaming. For Chu, this is a dream assignment, but as the tour gets underway, he begins to suspect that Mr. Jones is really North Korean dictator Kim Jong-un, whose interest in VR gaming has more to do with power than entertainment. As if that weren’t enough to deal with, Chu also has to worry about “Ms. Pang,” who may or may not be an agent of the People’s Republic of China, and his angry ex-girlfriend, Darla Jean Covington, who isn’t the type to let an international intrigue get in the way of her own plans for revenge.

What begins as a whirlwind online adventure soon spills over into the real world. Now Chu must use every trick and resource at his disposal to stay one step ahead—because in real life, there is no reset button.