THE SPLENDID AND THE VILE: A SAGA OF CHURCHILL, FAMILY, AND DEFIANCE DURING THE BLITZ – Erik Larson (Releasing February 25th, 2020) 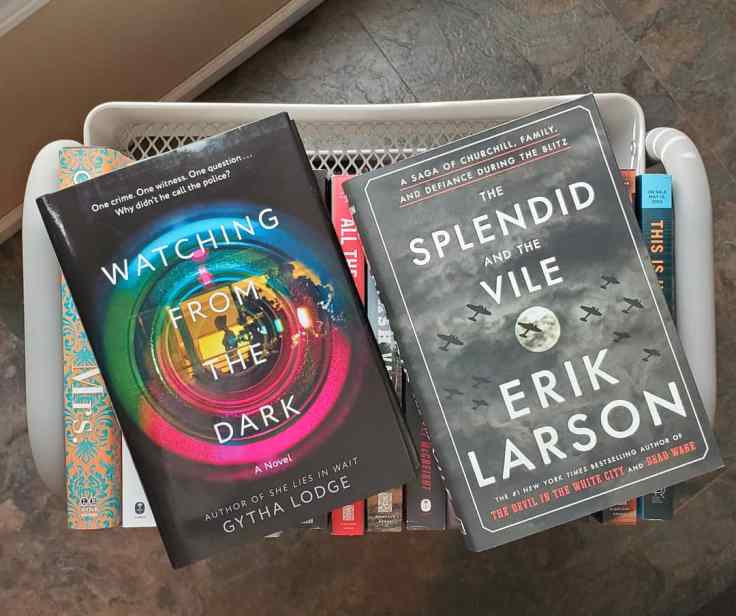 One crime. One witness. One question . . . Why didn’t he call the police?

When a vibrant young woman is murdered while on a video chat, a small-town detective wades into a circle of friends and lovers with dangerous secrets—in the new novel from the acclaimed author of the “enjoyably chilling”* She Lies in Wait.

Aidan Poole logs on to his laptop late at night to Skype his girlfriend, Zoe. To his horror, he realizes that there is someone else in her flat. Aidan can only listen to the sounds of a violent struggle taking place in the bathroom—and then the sound of silence. He is desperate to find out if Zoe is okay. But then why is he so hesitant to call the police?

When Aidan’s cryptic messages finally reach them, Detective Chief Inspector Jonah Sheens and his team take the case—and discover the body. They soon find that no one has a bad word to say about Zoe, a big hearted young artist at the center of a curious web of waifs and strays, each relying on her for support, each hiding dark secrets and buried resentments. Has one of her so-called “friends” been driven to murder? Or does Aidan have the biggest secret of them all?

THE SPLENDID AND THE VILE: A SAGA OF CHURCHILL, FAMILY, AND DEFIANCE DURING THE BLITZ – Erik Larson (Releasing February 25th, 2020)

On Winston Churchill’s first day as prime minister, Adolf Hitler invaded Holland and Belgium. Poland and Czechoslovakia had already fallen, and the Dunkirk evacuation was just two weeks away. For the next twelve months, Hitler would wage a relentless bombing campaign, killing 45,000 Britons. It was up to Churchill to hold his country together and persuade President Franklin Roosevelt that Britain was a worthy ally—and willing to fight to the end.

In The Splendid and the Vile, Erik Larson shows, in cinematic detail, how Churchill taught the British people “the art of being fearless.” It is a story of political brinkmanship, but it’s also an intimate domestic drama, set against the backdrop of Churchill’s prime-ministerial country home, Chequers; his wartime retreat, Ditchley, where he and his entourage go when the moon is brightest and the bombing threat is highest; and of course 10 Downing Street in London. Drawing on diaries, original archival documents, and once-secret intelligence reports—some released only recently—Larson provides a new lens on London’s darkest year through the day-to-day experience of Churchill and his family: his wife, Clementine; their youngest daughter, Mary, who chafes against her parents’ wartime protectiveness; their son, Randolph, and his beautiful, unhappy wife, Pamela; Pamela’s illicit lover, a dashing American emissary; and the advisers in Churchill’s “Secret Circle,” to whom he turns in the hardest moments.

The Splendid and the Vile takes readers out of today’s political dysfunction and back to a time of true leadership, when, in the face of unrelenting horror, Churchill’s eloquence, courage, and perseverance bound a country, and a family, together.