I’ve been awful at getting these reviews finished up this month with how crazy things have been. 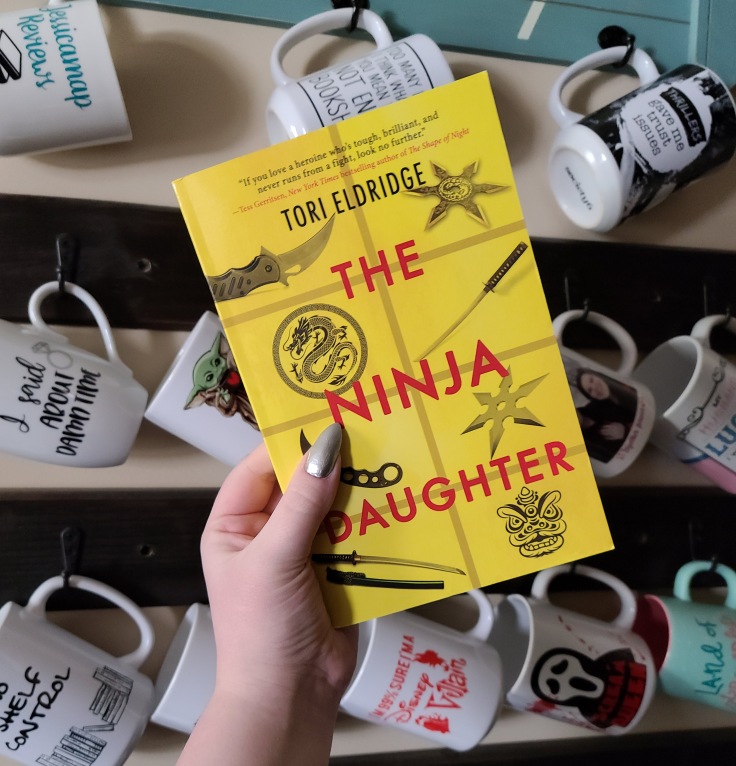 The Ninja Daughter is an action-packed thriller about a Chinese-Norwegian modern-day ninja with Joy Luck Club family issues who fights the Los Angeles Ukrainian mob, sex traffickers, and her own family to save two desperate women and an innocent child.

After her sister is raped and murdered, Lily Wong dedicates her life and ninja skills to the protection of women. But her mission is complicated. Not only does she live above the Chinese restaurant owned by her Norwegian father and inspired by the recipes of her Chinese mother, but she has to hide her true self from her Hong Kong tiger mom, who is already disappointed at her less-than-feminine ways, and who would be horrified if she knew what she had become.

But when a woman and her son she escorted safely to an abused women’s shelter return home to dangerous consequences, Lily is forced to not only confront her family and her past, but team up with a mysterious―and very lethal―stranger to rescue them

This is book one in the Lily Wong series and this was definitely an action packed debut! The title definitely caught my immediate attention, as someone that did martial arts for the majority of my life, I was really curious to see how this would be incorporated.

Lily is a Norwegian-Chinese woman that has taken it upon herself to become a vigilante of sorts. She is there to protect women and their children from any abusers. She’s a really fun character and we get a demonstration almost immediately of her skills as a ninja.

I enjoyed getting glimpses of her heritage and I think the author did a good job illustrating both sides of her family (the Norwegian side and Chinese side). While there was a bunch of action, there were a few parts where I felt it had a lull, but not enough to ruin the pacing entirely.

I think this is a solid debut and a great start to a new series. I would love to see where things continue with Lily Wong and to see what adventures the author takes us on!