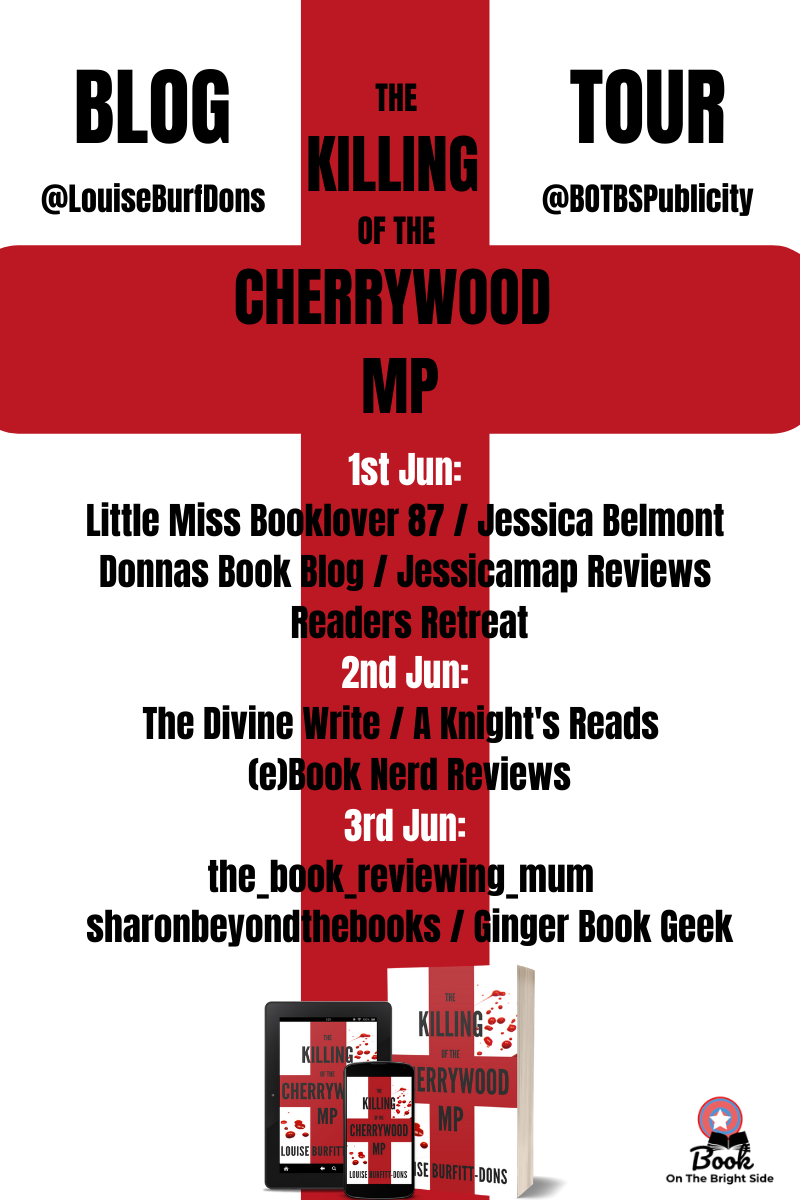 Blog Tour to kick off the month of June!

Thanks to the publisher and BOTBS for the free ebook copy in exchange for my honest review and blog tour spot.

You can see my thoughts on book one, THE MISSING ACTIVIST, here! 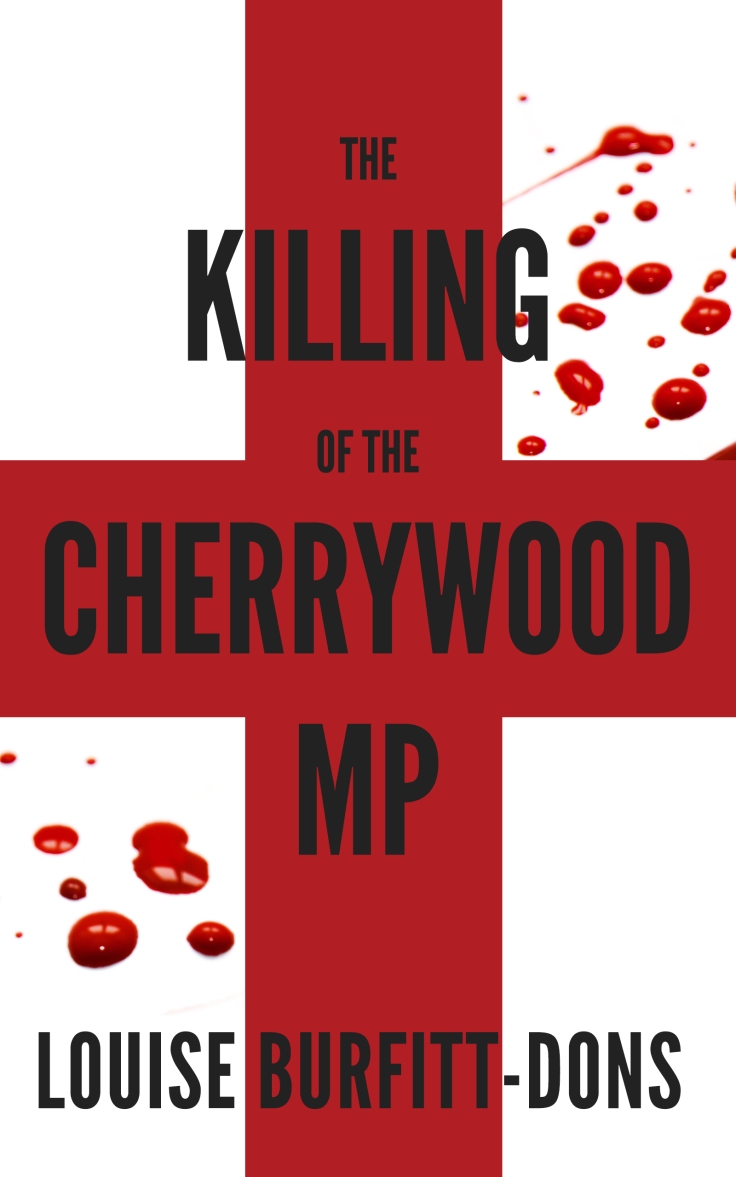 The Killing of the Cherrywood MP is the brilliant second book in the lauded Karen Andersen political thriller series by Louise Burfitt-Dons. In this fast-paced and gripping novel P I Andersen is once again immersed in the world of radical extremism in Britain and about to learn it’s as complicated as it’s deadly.”‘Taut, hardboiled, detailed and funny. This is thriller excellence!’ “Charlie Flowers

Jihadi brides return from Syria and deradicalised terrorists are released from prison. In reaction extremist right-wing groups proliferate across Europe. The Labour MP for Cherrywood is found murdered and police look for a lone wolf with a personal vendetta against ISIS.

P I Karen Andersen believes it’s not that simple. From the roulette tables of the Ritz to the respectable suburbs of Mainz, she searches for the truth. Does the home to one of Germany’s violent neo-Fascist cells hold the vital clue, or does it lie hidden in the leafy English countryside?

This is book two in the PI Karen Andersen series and I think this is the closest together I’ve ever read two books in a series. With THE MISSING ACTIVIST fresh in my mind it was a lot of fun diving right back in with Karen on a new case. That being said, this one could definitely be read as a standalone, but we do get some familiar faces from book one. I think it would be very easy to follow along if you start here though!

We have another fast paced read with plenty of twists and conspiracies to keep you on your toes. I’ve said what feels like a thousand times, but I love the thrillers with the politic elements or any kind of espionage and conspiracy. I know they don’t always work for everyone, but I’m here for all of them! What I loved about the first book was how real the situations felt. This isn’t completely out of the realm of possibility and that makes it even more thrilling and tense to read.

Even with this being book two in the series, the author does a great job creating these vivid characters and they just jump off the page. I think this is why you could pick this up as a standalone. You won’t feel like you’re missing a lot of background information and it is a new case. I will continue to pick up more in the Karen Andersen series and I’m anxious to see where things will go next. 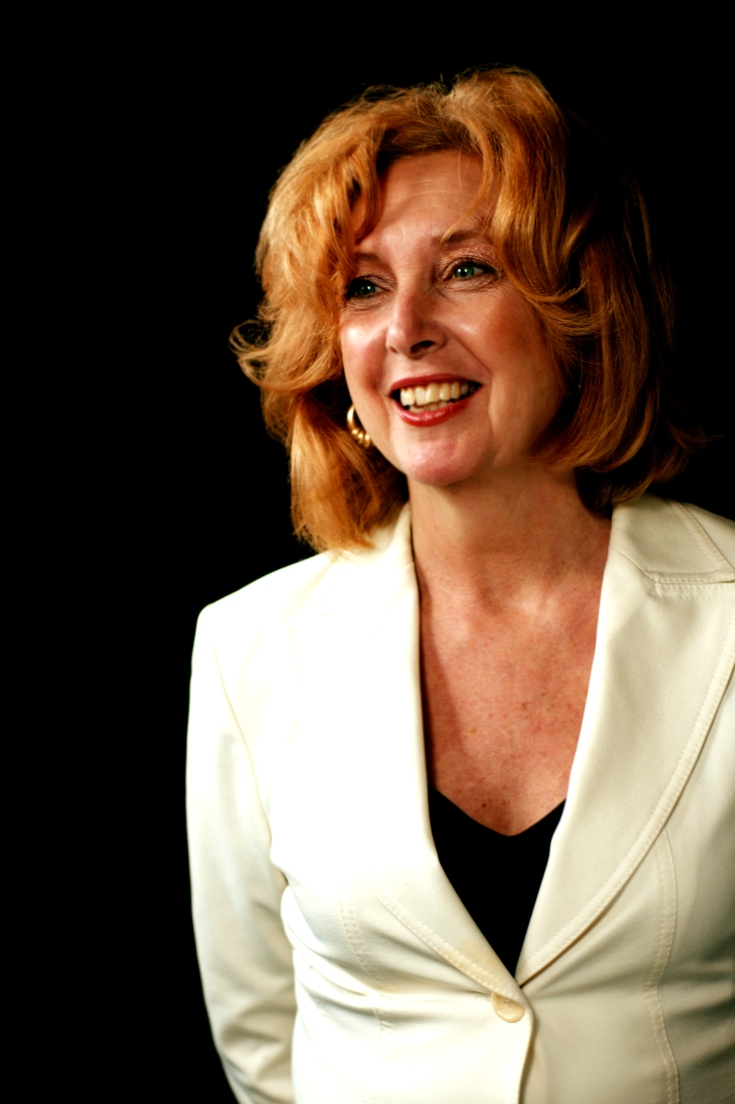 Louise Burfitt-Dons was first introduced to the idea of writing conspiracy fiction on meeting Ian Fleming when he visited her birth country of Kuwait in 1960 and befriended her father. Fast forward forty years to her founding the children’s charity Act Against Bullying in 2000. This had her advising police on the manipulation and cover up tactics of young people, girl gangs and junior cyber stalkers. She believes these are the same devices used by political parties, spies and crooks. They form the background to her thriller stories.

Her first novel (June 5th 2018) The Missing Activist (New Century) was the first in a series starring off the wall P I Karen Andersen.  The plot was inspired by her experiences as a Parliamentary candidate in the UK General Election of 2015. Sequel The Killing of the Cherrywood MP was published on March 18th 2020.  She is currently working on book three in the Karen Andersen series.

Louise is also a screenwriter who has worked with producers in the UK and the US.  Recent films screened on TV include Mother of All Secrets (2018), The Ex Next Door (2019, LifeTime) and Fame at a Deadly Cost (LifeTime 2020).  Not all her work has a dark tone. She loves British comedy and wrote the rom-com Christmas in the Highlands (2019) for Triventure Productions which has also made it on to the international television circuits.

She now lives in Chiswick, West London with her ex-pilot husband Donald. She has two grown up daughters and a seven-month year old granddaughter Dempsie Lee Williams.