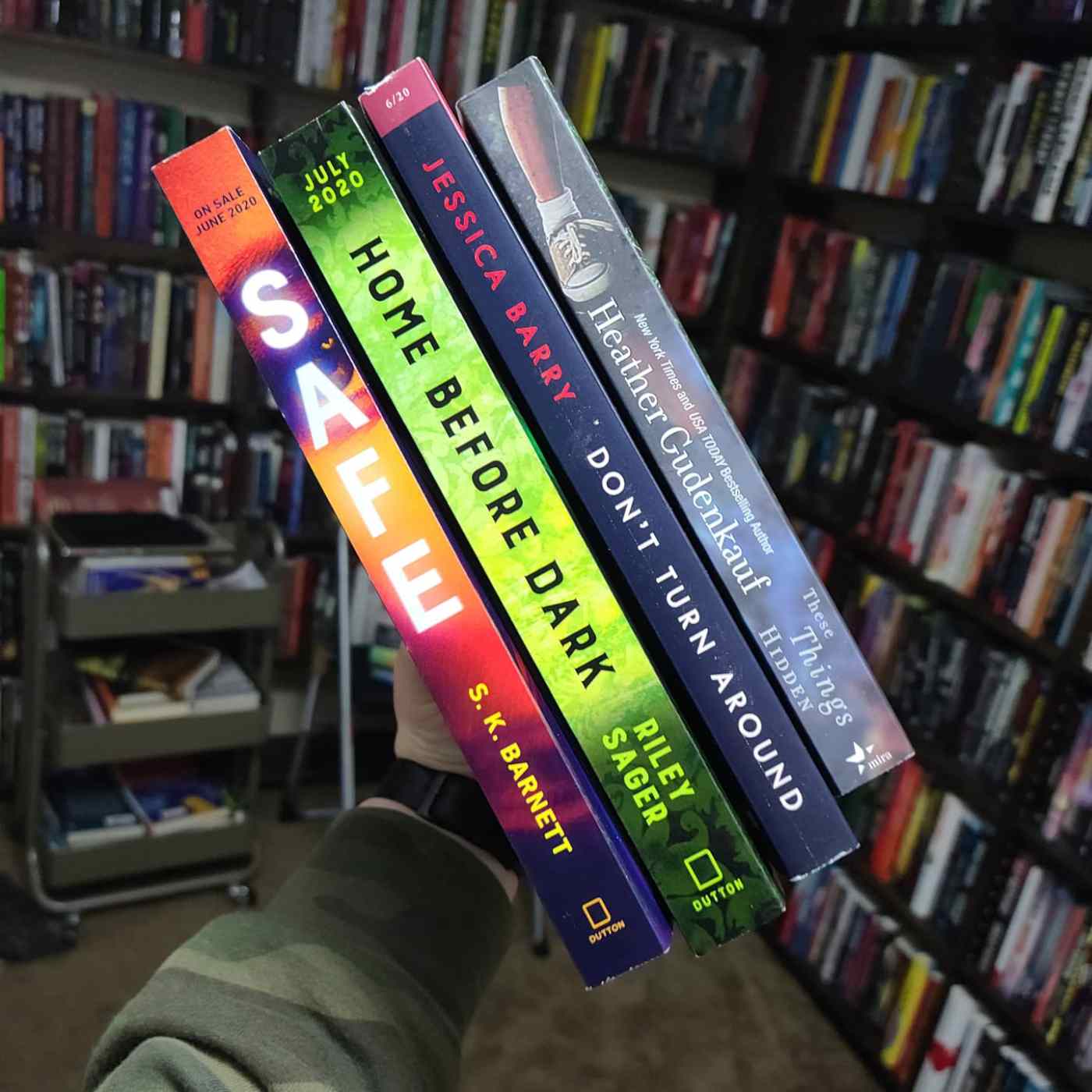 I haven’t done this in awhile!

#IMWAYR – It’s Monday, What Are You Reading?

A kidnapped girl survived twelve nightmarish years.
Now she’s safely back home . . . or is she?

Jenny Kristal was six years old when she was snatched off the sidewalk from her quiet suburban neighborhood. Twelve years later, she’s miraculously returned home after escaping her kidnappers—but as her parents and younger brother welcome her back, the questions begin to mount. Where has she been all these years? Why is she back now? And is home really the safest place for her . . . or for any of them?

Maggie Holt is used to such questions. Twenty-five years ago, she and her parents, Ewan and Jess, moved into Baneberry Hall, a rambling Victorian estate in the Vermont woods. They spent three weeks there before fleeing in the dead of night, an ordeal Ewan later recounted in a nonfiction book called House of Horrors. His tale of ghostly happenings and encounters with malevolent spirits became a worldwide phenomenon, rivaling The Amityville Horror in popularity—and skepticism.

Today, Maggie is a restorer of old homes and too young to remember any of the events mentioned in her father’s book. But she also doesn’t believe a word of it. Ghosts, after all, don’t exist. When Maggie inherits Baneberry Hall after her father’s death, she returns to renovate the place to prepare it for sale. But her homecoming is anything but warm. People from the past, chronicled in House of Horrors, lurk in the shadows. And locals aren’t thrilled that their small town has been made infamous thanks to Maggie’s father. Even more unnerving is Baneberry Hall itself—a place filled with relics from another era that hint at a history of dark deeds. As Maggie experiences strange occurrences straight out of her father’s book, she starts to believe that what he wrote was more fact than fiction.

The riveting follow up to Jessica Barry’s debut Freefall—a controversial, of-the-moment thriller about two women fighting for their right to live.

Midnight. Cait Monaghan and Rebecca McRae are on a desolate road that slices through the New Mexican desert. They’ve never met before tonight. Both have secrets to protect. Both of their lives are in danger.

When a truck pulls up fast behind them, they assume it’s punk teenagers or run-of-the-mill road rage, but it soon becomes clear that whoever is driving the truck is hunting them for sport—and they are out to draw blood.

As the miles unspool and the dangers mount, the pasts they’ve worked so hard to keep buried have come back to haunt them. Someone wants one of them dead. But which one? And given the lives the two women have been leading, that someone could be almost anyone.

If Cait and Rebecca are going to survive, they’ll have to learn to trust one another—and themselves. But trust is a costly business, and they’ve both paid the price before. . . .

When teenager Allison Glenn is sent to prison for a heinous crime, she leaves behind her reputation as Linden Falls’ golden girl forever. Her parents deny the existence of their once-perfect child. Her former friends exult her downfall. Her sister, Brynn, faces whispered rumors every day in the hallways of their small Iowa high school. It’s Brynn–shy, quiet Brynn–who carries the burden of what really happened that night. All she wants is to forget Allison and the past that haunts her. But then Allison is released to a halfway house, and is more determined than ever to speak with her estranged sister. Now their legacy of secrets is focused on one little boy. And if the truth is revealed, the consequences will be unimaginable for the adoptive mother who loves him, the girl who tried to protect him and the two sisters who hold the key to all that is hidden