Check back for my full reviews closer to release! 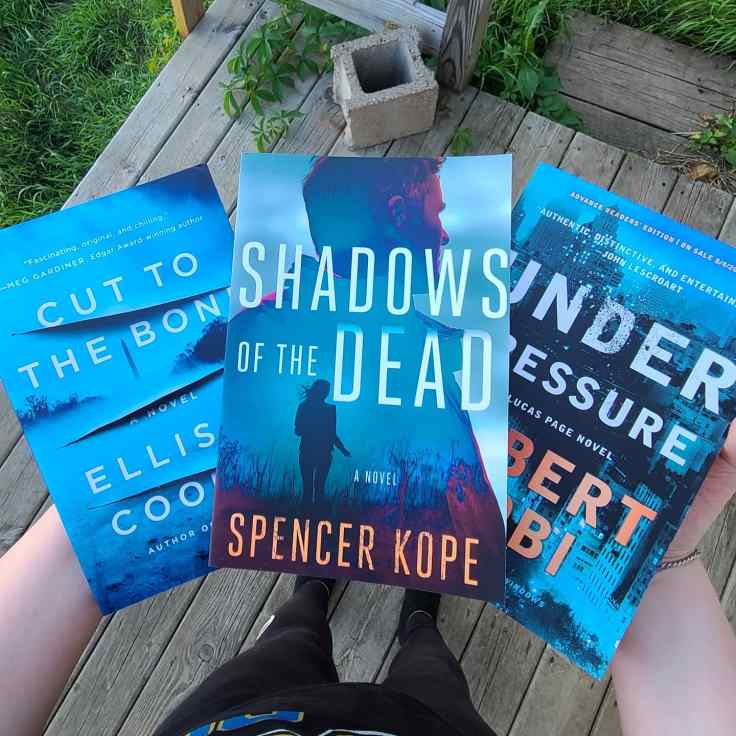 A bus full of high school students has disappeared from Washington D.C. and FBI neuroscientist Sayer Altair must hunt down the culprit who has a link to her own past.

After grieving the death of her fiancé and almost losing her job, Agent Sayer Altair is finally starting to rebuild her life. Her research into the minds of psychopaths is breaking new ground and her strange little family is thriving. But Sayer’s newfound happiness is threatened when she is called in to investigate a girl’s body left inside a circle of animal figurines below a cryptic message written in blood. When they discover that the dead girl is one of twenty-four missing high school students, Sayer quickly realizes that nothing in this case is what it seems.

As the investigation draws her in to a tangled web of fake identities and false leads, the trail soon begins to point directly to her own life. Now, Sayer must confront her painful past to uncover her connection to the deranged killer if she hopes to save the missing teens and protect everything that she loves.

The best tracker in the world, a man with a secret and a special set of skills, must find two nearly untraceable killers before time runs out for their victims, in Spencer Kope’s Shadows of the Dead.

A woman—abducted and found in the trunk of a car after a high-speed chase—regains consciousness in the ICU to reveal two crucial pieces of information: the man who kidnapped her is not the same as the man who left her in the woods, and she’s not the first victim—in fact, she is number eight.

Magnus “Steps” Craig is part of the elite three-man Special Tracking Unit of the FBI. Known for his ability to find and follow trails over any surface, Steps is called in on cases that require his unparalleled skills. But there’s a secret to his talent. Steps has a kind of synesthesia where he can see the ‘essence’ of a person—what he calls ‘shine’—on everything they’ve touched.

Brought in to track the driver through a dense forest after the blood hounds have lost his trail, Steps and his partner Jimmy find the driver laughing maniacally, babbling about souls, and hiding a pristinely maintained box of eight posed rats. Now the Special Tracking Unit must chase two villains—through not just the real world, but the dark web as well—tracking an enemy they can’t see, as time runs out for the unknown victims.

A series of deadly explosions rock the city of New York and with too many victims and no known motive, the F.B.I. turns once again to Dr. Lucas Page in Robert Pobi’s Under Pressure.

On a beautiful October evening, New York City’s iconic Guggenheim Museum is closed for a tech company’s private gala. Until an explosion rocks the night, instantly killing 702 people, including every single attendee—yet the damage to the building itself was minimal.

An explosion of that precision was no accident and, in response, the FBI mobilizes its entire team — but the sheer number of victims strains their resources. Were all 702 victims in the wrong place at the wrong time, or was there only one target and 701 unlucky bystanders? That many victim files is a staggering amount of data to sort through and Brett Kehoe, Special Agent in Charge of Manhattan, decides that he can’t do this without more computational power.

Dr. Lucas Page, astrophysicist, university professor, and former FBI agent, is uniquely gifted for the task at hand—he can visualize a crime scene as if he was a bystander and can break down any set of data at a glance. Even though Page wants nothing to do with the FBI, with his city under attack and his family at risk, he steps in to find a killer in a haystack before they strike again