Best way to end the week – with another great and creepy read!

You can see my thoughts on North’s debut, THE WHISPER MAN, here 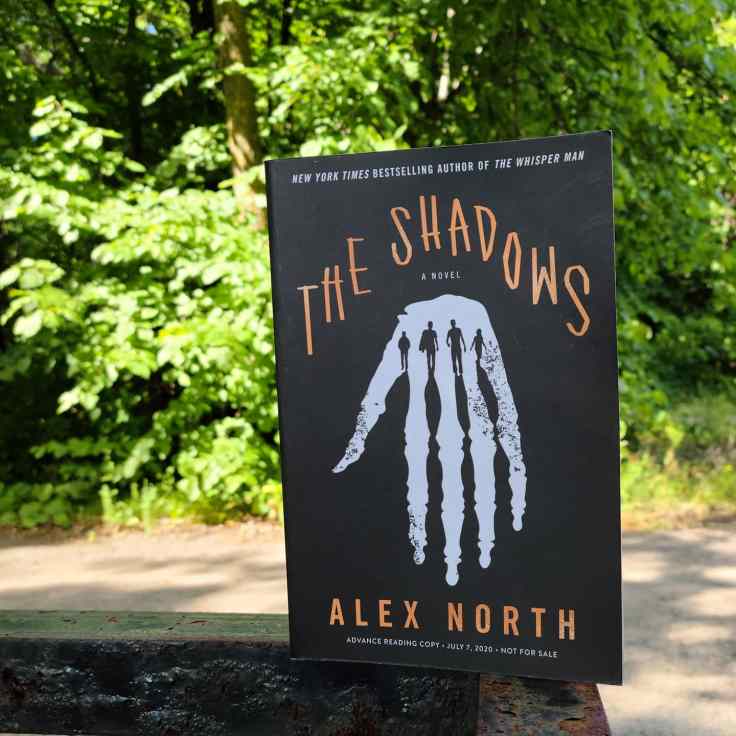 You knew a teenager like Charlie Crabtree. A dark imagination, a sinister smile–always on the outside of the group. Some part of you suspected he might be capable of doing something awful. Twenty-five years ago, Crabtree did just that, committing a murder so shocking that it’s attracted that strange kind of infamy that only exists on the darkest corners of the internet–and inspired more than one copycat.

Paul Adams remembers the case all too well: Crabtree–and his victim–were Paul’s friends. Paul has slowly put his life back together. But now his mother, old and senile, has taken a turn for the worse. Though every inch of him resists, it is time to come home.

It’s not long before things start to go wrong. Reading the news, Paul learns another copycat has struck. His mother is distressed, insistent that there’s something in the house. And someone is following him. Which reminds him of the most unsettling thing about that awful day twenty-five years ago.

It wasn’t just the murder.

It was the fact that afterward, Charlie Crabtree was never seen again…

It’s no secret that I’m incredibly intrigued with any and all urban legends that are similar to that of Slender Man. Something that has an exact date of conception on the internet, but people have done awful things for him. When I come across a book synopsis that has an entity that is reminiscent of this, then it’s immediately on the TBR. THE SHADOWS is the follow up novel to Alex North’s incredibly popular debut, THE WHISPER MAN (another one that I LOVED). This has been hit or miss for a lot of reviewers and I found this to be a hit.

When Paul was a kid he and his group of friends were experimenting with lucid dreaming. Their friend Charlie had convinced them all of a ghost in the woods, that they called The Shadows, by the name of Red Hands. They all knew that there was something dark about Charlie but they never thought that he would be capable of murder. Charlie and Billy had committed a horrific murder convinced that it would bring them into the dream world with Red Hands forever. The eerie part? While Billy emerged from the woods, Charlie really did disappear without a trace.

Now, twenty-five years later, Paul is forced to come back home. His mother’s health has taken a turn for the worse and he must come home to help her and face the past he tried to bury behind him. Paul quickly learns that there is a place on the internet that has become obsessed with the murder case and Charlie’s disappearance, so much so, that there have been multiple copycats.

We alternate between Paul’s present and past – as well as some chapters from Detective Amanda Beck. There were plenty of eerie and creepy parts, especially in the flashbacks as we are fed more information leading up to the murder. Paul is slowly starting to unravel as he tries to figure out the connection between his mother and what could have happened to Charlie. Did he really just disappear? Where did he go? Is he still alive? Could he be behind these copycats? So many questions!

I can see this not working for everyone because the pacing might feel a little on the slower side. I liked how North fed us details little by little because this kept my attention. I read half of the book in one sitting until it was almost 3am and I had to close the book. I wasn’t expecting it to take the turn that it did and that’s always a plus when it comes to the thriller/suspense genre (a lot of them get predictable). When picking this up, keep in mind that it is more of a slower building story and I think that will help a ton!

So far, both of Alex North’s books have been a hit for me and I can’t wait to see what comes out next. Hopefully more creepy books and more intense murder investigations!

One thought on “The Shadows – Alex North”