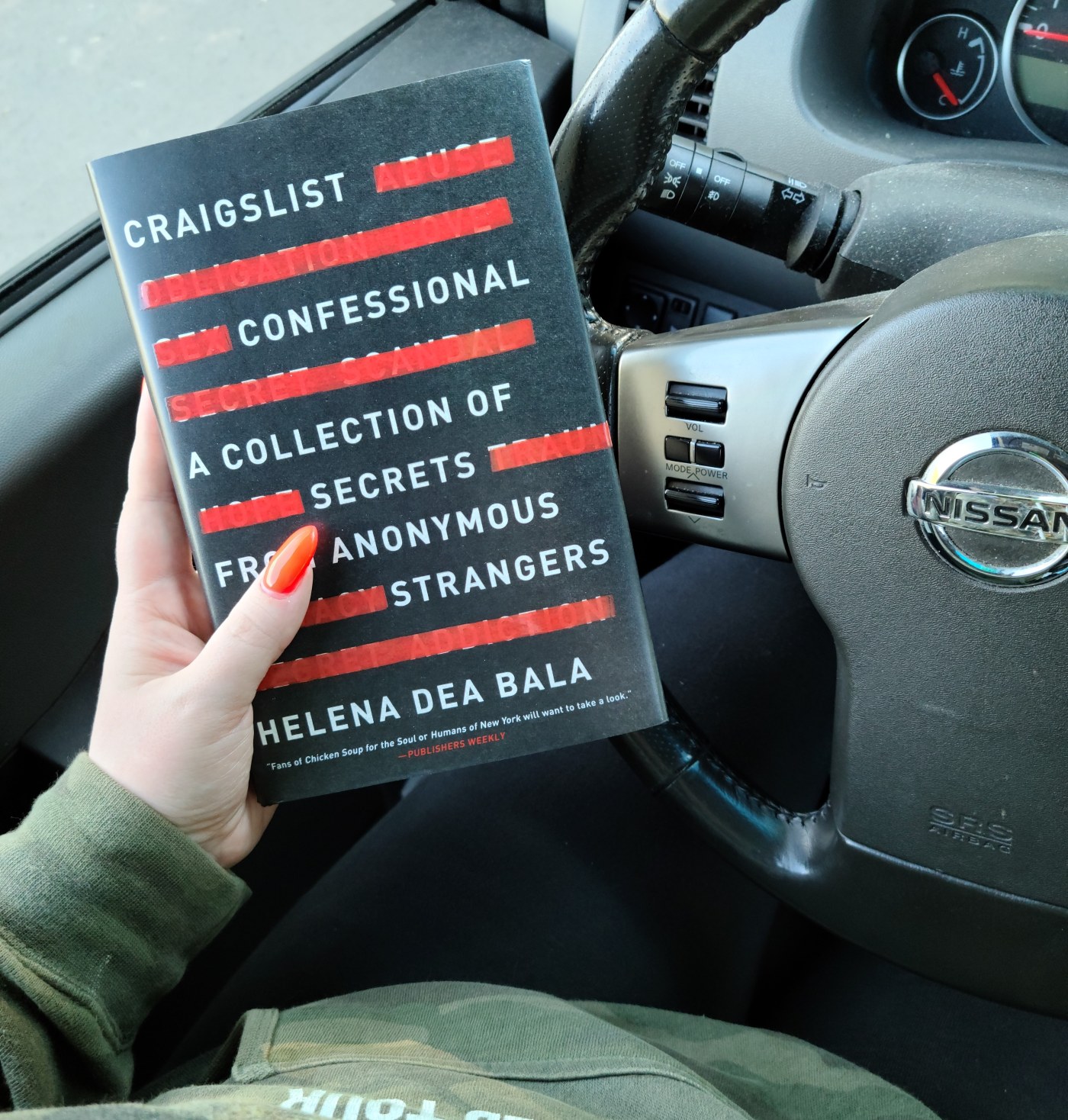 So happy this one came! And just in time to squeeze it in before the month ends.

For fans of Humans of New York and PostSecret, a collection of raw, urgent, and heartfelt stories, shared anonymously.

What would you confess if you knew it would never get back to your spouse, your colleagues, or your family? What story would you tell about your life if a stranger was willing to listen with no judgement, no stigma, and no consequences—just an unburdening and the relief of confession?

After graduating from law school, Helena Dea Bala was a lobbyist in Washington, DC, struggling to pay off her student loans. She felt lonely and unfulfilled but, after a chance conversation with a homeless man she often saw on her commute, she felt…better. Talking with a stranger, listening to his problems, and sharing her own made her feel connected and engaged in a way she hadn’t in a long time. Inspired, she posted an ad on Craigslist promising to listen, anonymously and for free, to whatever the speaker felt he or she couldn’t tell anyone else. The response was huge—thousands of emails flooded her inbox. People were desperate for the opportunity to speak without being judged, to tell a story without worrying it would get back to friends, family, or coworkers—and so Craigslist Confessional was born.

The forty confessions in Craigslist Confessional are vivid, intimate, and real. Each story is told in the confessor’s voice; they range from devastating secrets (like addiction, depression, and trauma), to musings on lost love and reflections on a lifetime of hard choices. Some confessions are shocking, like the husband who is hiding his crippling sex addiction from his wife. Others are painful, like the man who is so depressed he rarely leaves his hoarder apartment. Some give us a glimpse into a brief chapter of someone’s life—like the girl who discovered that her boyfriend was cheating on her with a mutual friend, or the college student who became a high-end call girl. Others are inspiring, such as the woman who lost her son too young, but sees his memory live on through the people who received his donated organs.

Every confession presents a point of view not often seen, not often talked about. Craigslist Confessional challenges us to explore the depth of our empathy and it’s a call to listen to one another