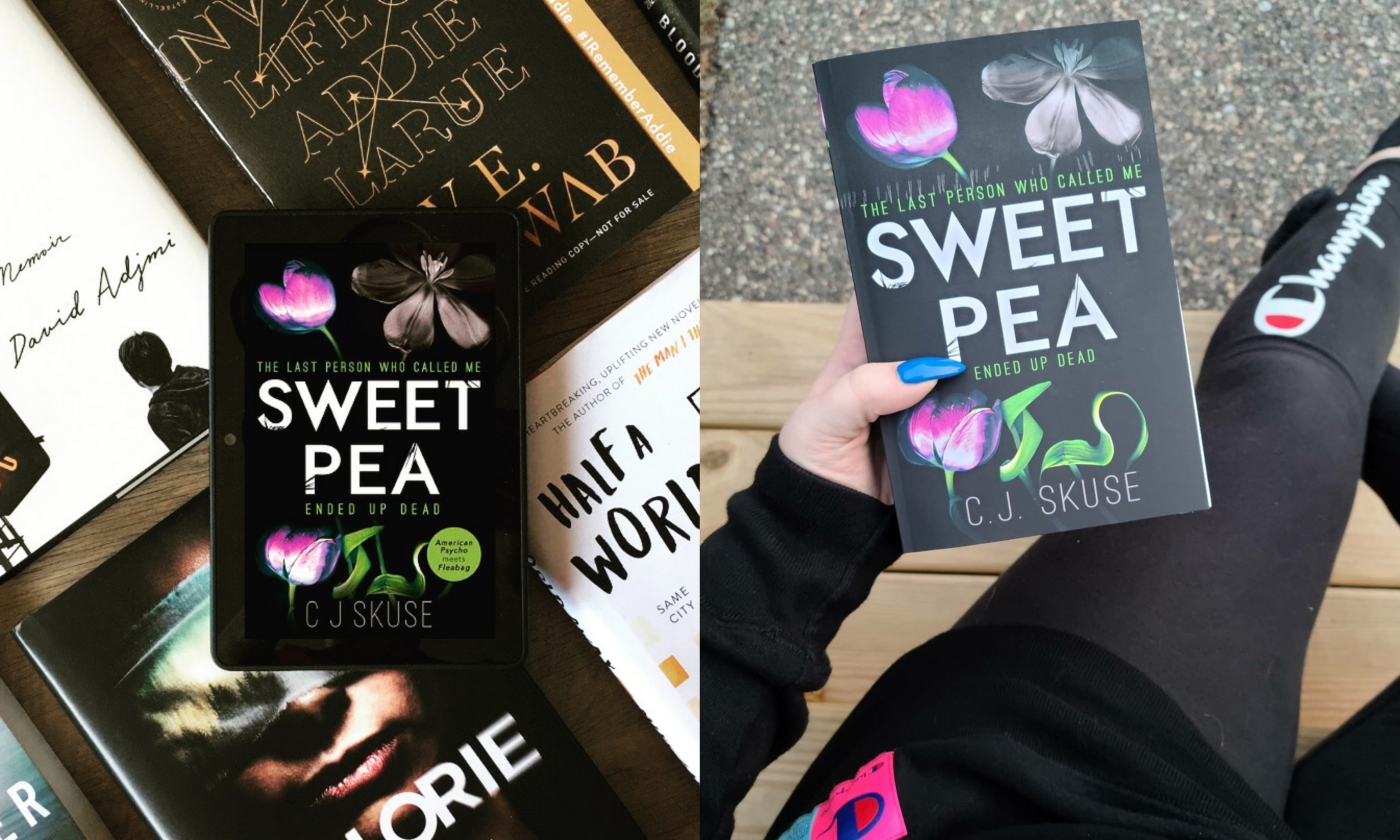 The September #BuddyReadsToDieFor selection was one we all had hiding on that TBR for far too long!

The last person who called me Sweetpea ended up dead…

I haven’t killed anyone for three years, and I thought that when it happened again I’d feel bad. Like an alcoholic taking a sip of whiskey. But no. Nothing. I had a blissful night’s sleep. Didn’t wake up at all. And for once, no bad dream either. This morning I feel balanced. Almost sane, for once.

Rhiannon is your average girl next door, settled with her boyfriend and little dog…but she’s got a killer secret.

Although her childhood was haunted by a famous crime, Rhiannon’s life is normal now that her celebrity has dwindled. By day, her job as an editorial assistant is demeaning and unsatisfying. By evening, she dutifully listens to her friends’ plans for marriage and babies while secretly making a list.

From the man at the grocery checkout who always mishandles her apples, to the driver who cuts her off on her way to work, to the people who have it coming, Rhiannon is ready to get her revenge.

“How many men does it take to tile a bathroom?  One – but only if you slice him veeeery thinly.”

This is my new favorite joke – thank you, Sweetpea!

This was definitely quite the interesting read.  If you have delicate sensibilities, then you’ll definitely be offended at times.  I, personally, had the best time.  However, there were definitely some things about this book that just didn’t quite work for me.  While I realize this is basically written in diary form, it makes sense that I felt like I was being told rather than shown – but since I visualize my reads, it felt like it was coming through in 2D form, rather than 3D, if that makes any sense.  At times it was exhausting being inside her head.  A lot of repetitive negativity without much levity at all.  At certain points, I wish she would just kill me so I wouldn’t have to listen to her anymore. If I made a kill list, she would definitely be on it.

What I did love about this was the insanity of it all.  The need she felt to kill that was so ingrained in her that it became her addiction.  And seeing the progression of where she was at the beginning of the book to where it ended was truly quite interesting.  But that ending.  Can we talk about the ending?! I’m definitely going to be getting the next book because I now need to know what happens from here.  Kudos the Skuse for making me obsessed with Rhiannon now.

I do love being in the head of any good psychopath, but sorry Rhiannon, I think I prefer Teo and Joe over you.  🤷  However, I definitely have a magnetic pull to this storyline and will have to see what happens from here.  And let’s face it, this book is perfect for a reader like me.  For those who aren’t familiar with British slang and references, there may be a lot of things that make you scratch your head – I had to look up a few things but the way it’s written you’ll pick up on the gist of it if it doesn’t register immediately.  And, not gonna lie, the things that didn’t quite work for me…. really actually grew on me as I read.  So much insanity and I’m always, ALWAYS here for that.

Let me just say, that first chapter. Wow does that set the tone for the rest of the book. SWEETPEA won’t be for everyone – especially if you have more delicate sensibilities. Rhiannon is quite the psychopath and I loved being in her head. This is written in more of a diary format, so we’re getting everything from her perspective. I will admit, there were some parts that were just over-the-top but it worked with the character.

Despite the page count, this read really quick for me and I needed to know who would be her next victim and who would continue to be on her kill list that started each chapter. That ending though. I’m so happy to see that there’s a second book because I’m dying to see where Skuse is taking Rhiannon next. How will this progress?

Even if Rhiannon gets on your nerves with her constant negativity, I can guarantee you’ll still be absolutely fascinated by her and the strong hold her murderous addiction has on her. There were just a couple things that didn’t really work for me as a reader, so that’s why I took off a little bit in the rating. If you’re looking for something with one insane main character and aren’t easily offended, then you need to get SWEETPEA on your TBR, and then IN BLOOM because there’s no way you’ll want to stop after that ending.