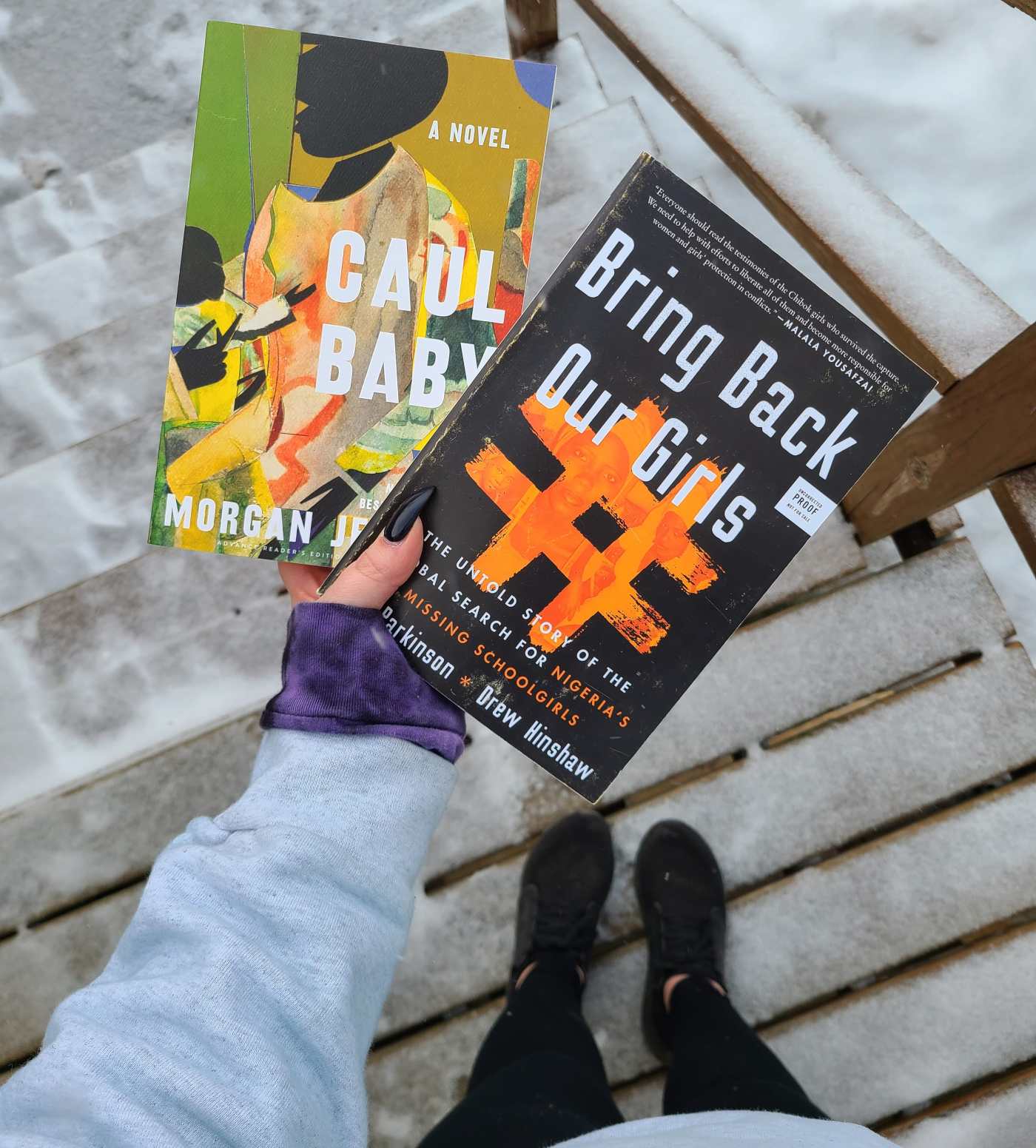 BRING BACK OUR GIRLS: THE SEARCH FOR NIGERIA’S MISSING SCHOOLGIRLS AND THEIR ASTONISHING SURVIVAL – Joe Parkinson and Drew Hinshaw (Releasing March 2nd, 2021)

New York Times bestselling author Morgan Jerkins makes her fiction debut with this electrifying novel, for fans of Ta-Nehisi Coates and Jacqueline Woodson, that brings to life one powerful and enigmatic family in a tale rife with secrets, betrayal, intrigue, and magic.

Laila desperately wants to become a mother, but each of her previous pregnancies has ended in heartbreak. This time has to be different, so she turns to the Melancons, an old and powerful Harlem family known for their caul, a precious layer of skin that is the secret source of their healing power.

When a deal for Laila to acquire a piece of caul falls through, she is heartbroken, but when the child is stillborn, she is overcome with grief and rage. What she doesn’t know is that a baby will soon be delivered in her family—by her niece, Amara, an ambitious college student—and delivered to the Melancons to raise as one of their own. Hallow is special: she’s born with a caul, and their matriarch, Maman, predicts the girl will restore the family’s prosperity.

Growing up, Hallow feels that something in her life is not right. Did Josephine, the woman she calls mother, really bring her into the world? Why does her cousin Helena get to go to school and roam the streets of New York freely while she’s confined to the family’s decrepit brownstone?

As the Melancons’ thirst to maintain their status grows, Amara, now a successful lawyer running for district attorney, looks for a way to avenge her longstanding grudge against the family. When mother and daughter cross paths, Hallow will be forced to decide where she truly belongs.

Engrossing, unique, and page-turning, Caul Baby illuminates the search for familial connection, the enduring power of tradition, and the dark corners of the human heart.

BRING BACK OUR GIRLS: THE SEARCH FOR NIGERIA’S MISSING SCHOOLGIRLS AND THEIR ASTONISHING SURVIVAL – Joe Parkinson and Drew Hinshaw (Releasing March 2nd, 2021)

What happens after you click tweet?. . . The heart-stopping and definitive account of the rescue mission to free hundreds of Nigerian schoolgirls, and their heroic survival, after their 2014 kidnapping spurred a global social media campaign that prompted the intervention of seven militaries, showing us the blinding possibilities—for good and ill—of activism in our interconnected world.

In the spring of 2014, American celebrities and their Twitter followers unwittingly helped turn a group of teenagers into a central prize in the global War on Terror by retweeting #BringBackOurGirls, a call for the release of 276 Nigerian schoolgirls who’d been kidnapped by the little-known Islamist sect Boko Haram. With just four words, their tweets launched an army of would-be liberators, spies, and glory hunters into an obscure conflict that few understood, in a remote part of Nigeria that had just barely begun to use the internet.

When hostage talks and military intervention failed, the schoolgirls were forced to take survival into their own hands. As their days in captivity dragged into years, the young women learned to withstand hunger, disease, and torment, and became witnesses and victims of unspeakable brutality. Many of the girls were Christians who refused to take the path offered them—converting to Islam.

While the world’s most sophisticated surveillance technology sputtered out, a covert Swiss agency and its Nigerian recruits worked painstakingly in the shadows to free the girls. A powerful work of investigative journalism, Bring Back Our Girls unfolds across four continents, from the remote forests of northern Nigeria to the White House; from clandestine meetings in Khartoum safe houses to century-old luxury hotels on picturesque lakes in the Swiss Alps. It is a cautionary tale that plumbs the promise and peril of an era whose politics are fueled by the power of hashtag advocacy—revealing how wildfire social media activism is reshaping our relationship to global politics