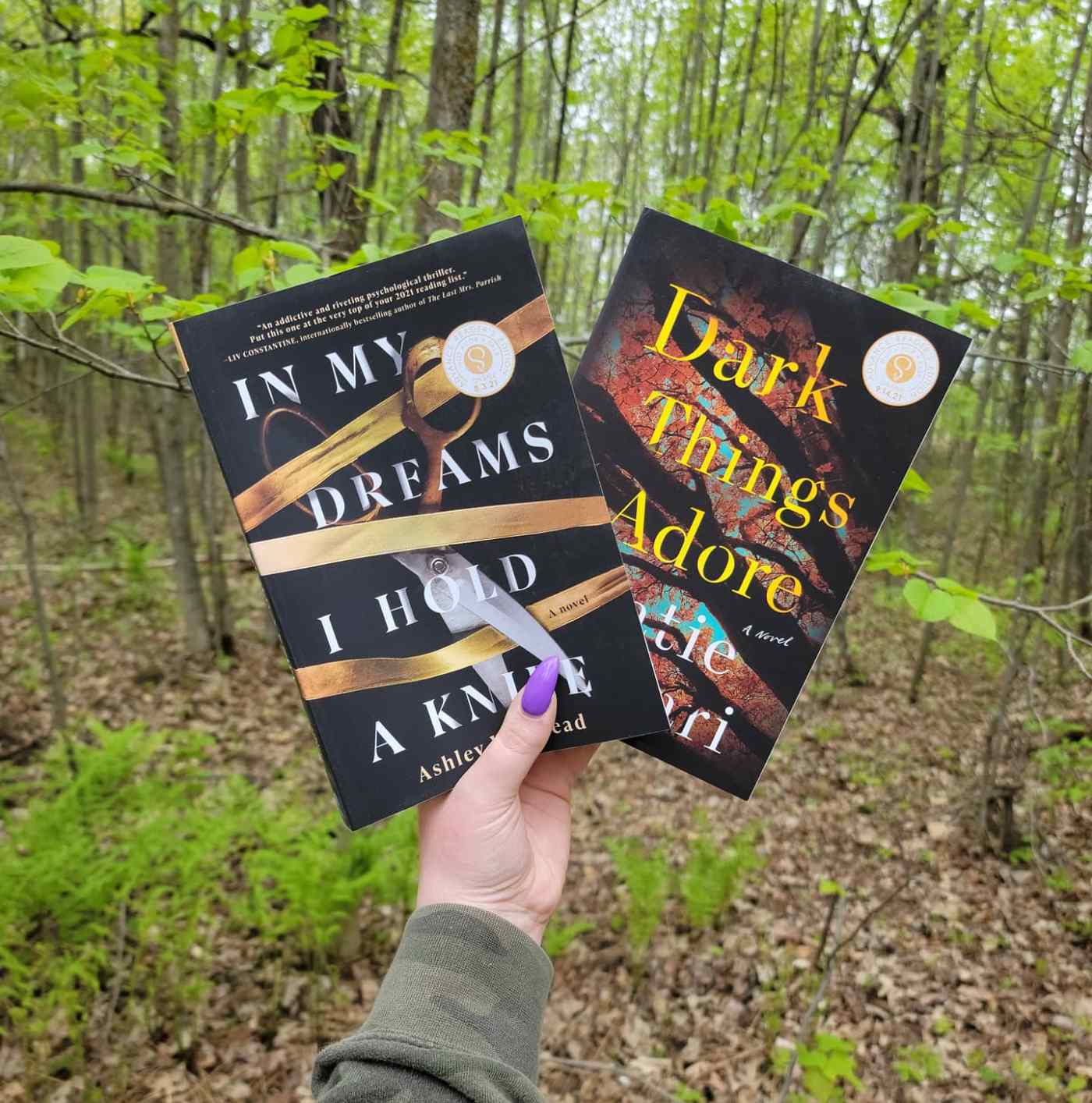 Some new beauties from Sourcebooks are here!

IN MY DREAMS I HOLD A KNIFE – Ashley Winstead (Releasing August 3rd, 2021)

IN MY DREAMS I HOLD A KNIFE – Ashley Winstead

A college reunion turns dark and deadly in this chilling and propulsive suspense novel about six friends, one unsolved murder, and the dark secrets they’ve been hiding from each other—and themselves—for a decade.

Ten years after graduation, Jessica Miller has planned her triumphant return to southern, elite Duquette University, down to the envious whispers that are sure to follow in her wake. Everyone is going to see the girl she wants them to see—confident, beautiful, indifferent—not the girl she was when she left campus, back when Heather’s murder fractured everything, including the tight bond linking the six friends she’d been closest to since freshman year. Ten years ago, everything fell apart, including the dreams she worked for her whole life—and her relationship with the one person she wasn’t supposed to love.

But not everyone is ready to move on. Not everyone left Duquette ten years ago, and not everyone can let Heather’s murder go unsolved. Someone is determined to trap the real killer, to make the guilty pay. When the six friends are reunited, they will be forced to confront what happened that night—and the years’ worth of secrets each of them would do anything to keep hidden.

Told in racing dual timelines, with a dark campus setting and a darker look at friendship, love, obsession, and ambition, In My Dreams I Hold A Knife is an addictive, propulsive read you won’t be able to put down.

A debut thriller for fans of Lucy Foley and Liz Moore, Dark Things I Adore is a stunning Gone Girl-esque tale of atonement that proves that in the grasp of manipulative men, women may momentarily fall. But in the hands of fierce women, men will be brought to their knees.

Three campfire secrets. Two witnesses. One dead in the trees. And the woman, thirty years later, bent on making the guilty finally pay.

1988. A group of outcasts gather at a small, prestigious arts camp nestled in the Maine woods. They’re the painters: bright, hopeful, teeming with potential. But secrets and dark ambitions rise like smoke from a campfire, and the truths they tell will come back to haunt them in ways more deadly than they dreamed.

2018. Esteemed art professor Max Durant arrives at his protégé’s remote home to view her graduate thesis collection. He knows Audra is beautiful and brilliant. He knows being invited into her private world is a rare gift. But he doesn’t know that Audra has engineered every aspect of their weekend together. Every detail, every conversation. Audra has woven the perfect web.

Only Audra knows what happened that summer in 1988. Max’s secret, and the dark things that followed. And even though it won’t be easy, Audra knows someone must pay.

A searing psychological thriller of trauma, dark academia, complicity, and revenge, Dark Things I Adore unravels the realities behind campfire legends―the horrors that happen in the dark, the girls who become cautionary tales, and the guilty who go unpunished. Until now.