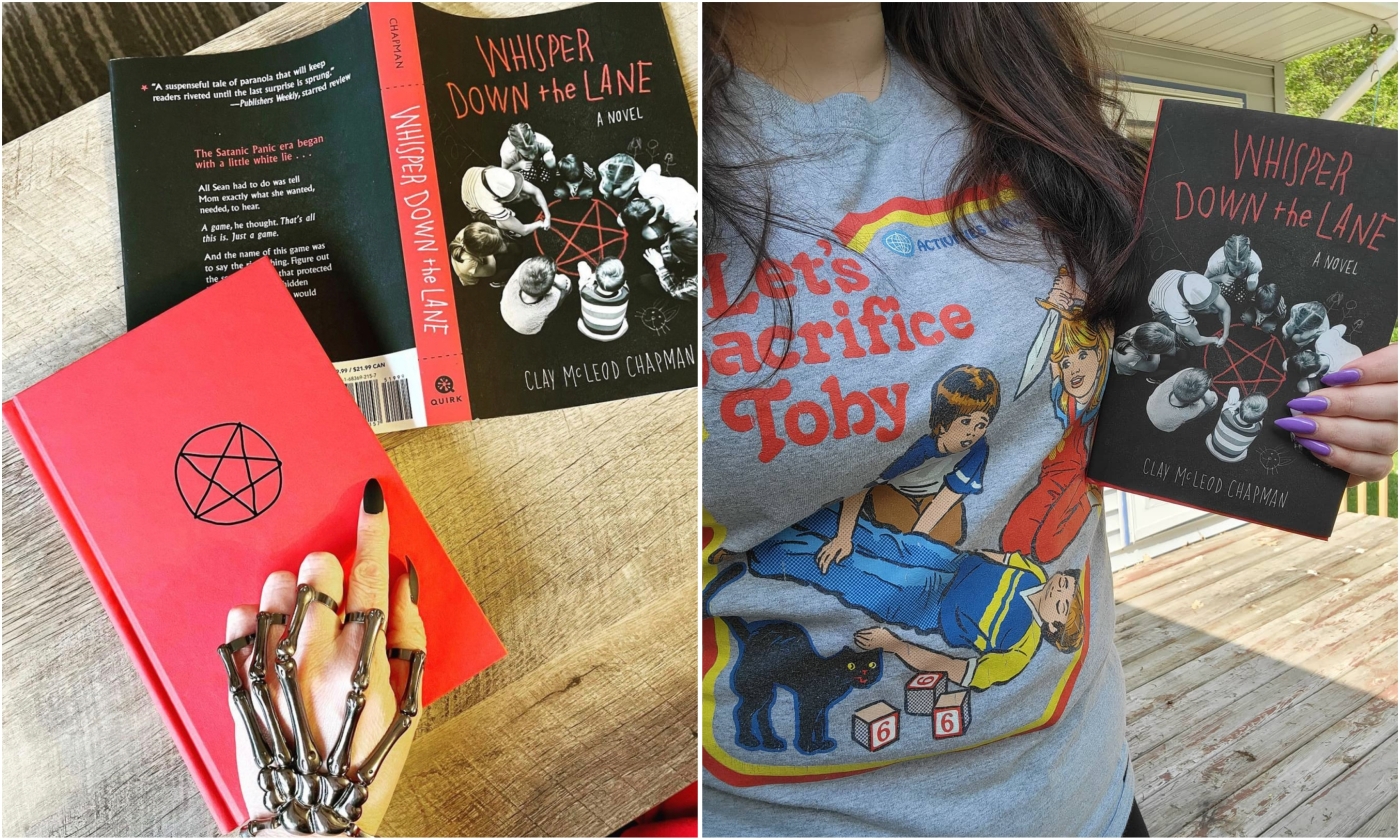 Forever catching up on reviews. I promise one day I’ll be on top of it.

You can see my thoughts on Chapman’s other book, THE REMAKING, here!

Inspired by the McMartin preschool trials and the Satanic Panic of the ‘80s, the critically acclaimed author of The Remaking delivers another pulse pounding, true-crime-based horror novel.

Richard doesn’t have a past. For him, there is only the present: a new marriage to Tamara, a first chance at fatherhood to her son Elijah, and a quiet but pleasant life as an art teacher at Elijah’s elementary school in Danvers, Virginia. Then the body of a rabbit, ritualistically murdered, appears on the school grounds with a birthday card for Richard tucked beneath it. Richard doesn’t have a birthday—but Sean does . . .

Sean is a five-year-old boy who has just moved to Greenfield, Virginia, with his mother. Like most mothers of the 1980s, she’s worried about bills, childcare, putting food on the table . . . and an encroaching threat to American life that can take the face of anyone: a politician, a friendly neighbor, or even a teacher. When Sean’s school sends a letter to the parents revealing that Sean’s favorite teacher is under investigation, a white lie from Sean lights a fire that engulfs the entire nation—and Sean and his mother are left holding the match.

Now, thirty years later, someone is here to remind Richard that they remember what Sean did. And though Sean doesn’t exist anymore, someone needs to pay the price for his lies.

Well well well… hello Satanic Panic and the devastating repercussions that came from that crazy time in the ’80’s.  I was just a kid then but still full of horror loving so even as a tiny human I was fascinated and remember reading up on it later on as an adult.  If y’all aren’t familiar, go google it… while I don’t think it’s a necessity to read this book based on these true events, I do think it’ll give you a better appreciation for the story within.

Chapman introduces us to Sean and Richard – both the same person but Sean is a child back in the 80’s and Richard is Sean, all grown up with repressed memories that start to surface as he takes on his new family consisting of his wife and soon to be adopted son.  I was definitely more riveted to Sean’s part of the story because WOAH. To be quite honest, this part of the story kept me riveted to the pages. (I did find myself going glazy eyed over some of Richard’s parts… oops).  However, both are obviously very necessary.  We see how the past comes to disrupt the present and Chapman does keep us on the edge of our seats… because both the child and the man he becomes aren’t easy characters to get behind.  But how can you blame a kid … kids are easily coerced and when reading the his interviews with Kinderman made me so damn angry.  I HATE adults who question kids in a way that persuades them to answer in a particular way. Don’t even get me started here….

I think anyone expecting this to be full on gory, graphic horror will be disappointed – it is not that, though there are a couple of animal brutality scenes that we do get.  This is more a psychological suspense as we see how Richard starts falling a part.  I really don’t know how I feel about the ending though.  I kinda get it because well…. it’s a reflection of what actually happened during those times but I still also felt a bit wanting.

This is my second book by Clay McLeod Chapman and this definitely won’t be my last! While I’m too young to have been around for the Satanic Panic of the 1980’s, I’ve definitely read up on it. I can only imagine the chaos that this caused, especially after reading up on the resulting court cases. WHISPER DOWN THE LANE is during the height of this time period and focuses on the consequences and repercussions of a child’s little white lie.

Richard is an adult art teacher and his life seems to be going the right away for him. A new wife, a new stepson he’s hoping to adopt, and starting a job at new school. All of that comes crashing around him when he comes across a rabbit that was ritualistically killed that opens up the floodgate of memories he thought he had repressed from his childhood. We also meet Sean, a young boy that has just moved to a new town with his mother. He’s new at his school and one little story he thinks his mother wants to hear is where everything unravels and the consequences reach farther than he could have ever imagined.

I loved Sean’s storyline much more than Richard’s. There’s just something about Sean that made me connect with him better. Talk about a lesson in white lies for this kid. This had a good pace to it and despite one or two moments I felt a lull the ending was definitely worth finishing it! I highly recommend both this and Chapman’s other book, THE REMAKING, if you’re looking for some horror to add to the TBR. I think what I really liked was the inclusion of the references and stories he was inspired by for this book – so if you’re wanting some reading material on the Satanic Panic that’s where you need to go!