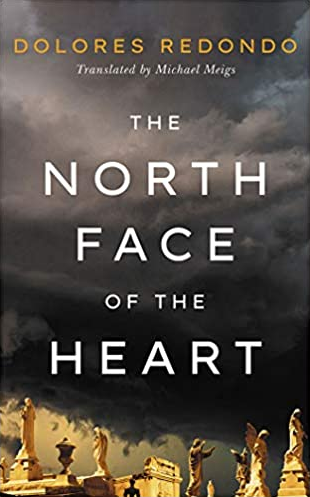 Amaia Salazar, a young detective from the north of Spain, has joined a group of trainees at the FBI Academy in Virginia. Haunted by her past and having already tracked down a predator on her own, Amaia is no typical rookie. And this is no ordinary student lecture at Quantico. FBI agent Aloisius Dupree is already well acquainted with Amaia’s skills, her intuition, and her ability to understand evil. He now needs her help in hunting an elusive serial killer dubbed “the Composer,” and in solving another case that’s been following him his whole life.

From New Jersey to Oklahoma to Texas, the Composer’s victims are entire families annihilated in the chaos of natural disasters, their bodies posed with chilling purpose amid the ruins. Dupree and Amaia follow his trail to New Orleans. The clock is ticking. It’s the eve of the worst hurricane in the city’s history. But a troubling call from Amaia’s aunt back home awakens in Amaia the ghosts from her childhood and sends her down a path as dark as that of the coming storm.

Without being part of the TLC Book Tour for this book I may have completely missed it! THE NORTH FACE OF THE HEART by Delores Redondo is a translated book that may look a bit intimidating at just around 500 pages. With some translated books I’ve read in the past, things can feel a little disjointed at times, but that wasn’t the case here. While I did enjoy the characters and how the author set the scene, there felt like a lot going on at times and that kind of muddled up the pacing for me.

We have Amaia Salazar, a detective from Spain and she has joined some trainees in the FBI Academy. We also meet Aloisius Dupree, and FBI Agent, he recruits Amaia to help him find a serial killer known as The Composer. I liked both of these characters and getting to know them. Redondo brings in the diversity that a lot of crime fiction novels are lacking in and we get the joining of cultures with Amaia being from Spain and Dupree from America, so seeing them interact and get to know each other was interesting.

I think the best part of this book was how the author captured the setting. We are in New Orleans right after hurricane Katrina hit. The despair, the destruction, the atmosphere – it was all set so perfectly and you really felt the magnitude of what was experienced. Overall, I enjoyed this book but some things didn’t quite work for me due to how much was going on. There were a couple story lines that didn’t feel entirely necessary but otherwise it was a solid police procedural/crime fiction read.

Dolores Redondo studied law and the culinary arts before writing The Baztán Trilogy, a successful crime series set in the Basque Pyrenees that has sold over 1.5 million copies in Spanish, has been translated into more than thirty-five languages, and was adapted into a popular film series.

Twice nominated for the CWA International Dagger Award and a finalist for the Grand Prix des Lectrices de Elle, Redondo was the recipient of the 2016 Premio Planeta—one of Spain’s most distinguished literary awards—for her stand-alone thriller All This I Will Give to You, which has also been optioned for feature film and television development and will be translated into eighteen languages.