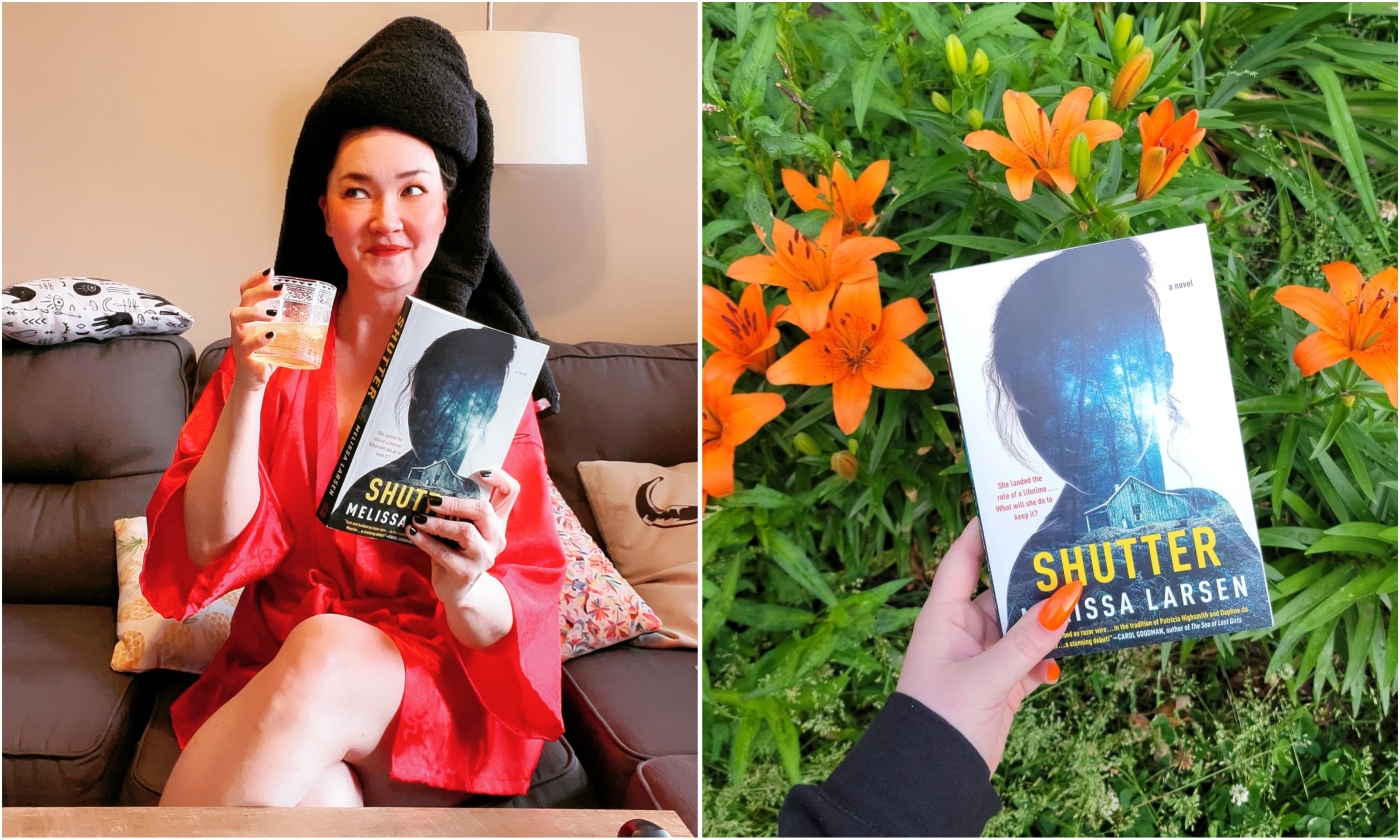 Squeezing in more and more before June ends!

A young woman agrees to star in a filmmaker’s latest project, but soon realizes the movie is not what she expected in this chilling debut novel.

In the wake of her father’s death, Betty Roux doesn’t allow herself to mourn. Instead, she pushes away her mother, breaks up with her boyfriend, and leaves everything behind to move to New York City. She doesn’t know what she wants, except to run.

When she’s offered the chance to play the leading role in mysterious indie filmmaker Anthony Marino’s new project, she jumps at the opportunity. For a month Betty will live in a cabin on a private island off the coast of Maine, with a five-person cast and crew. Her mother warns against it, but Betty is too drawn to the charismatic Anthony to say no.

Anthony gives her a new identity–Lola–and Betty tells herself that this is exactly what she’s been looking for. The chance to reinvent herself. That is, until they begin filming and she meets Sammy, the island’s caretaker, and Betty realizes just how little she knows about the movie and its director.

Well well well… what have we here…. SHUTTER’s premise is quite intriguing and once you get into the first few chapters, you know something eerie is going to happen but poor little Betty and her starry eyes are too enamored with Anthony and her acting debut to care. Bring on the oopsie and the doopsie!

I really wanted to like this more but it was sooooo slow for my particular pace. I do love the fact that this film project is basically, “act natural and we’ll edit as we need it”…. alrighty then. Check one, two, three on already things that would make me go hmmm…. but still color me intrigued! I will say that the last few chapters really came with a punch, albeit a bit shark jumpy… but I didn’t mind too much – I just kinda wish it was like this throughout the book. I considered putting this down a few times but I was just curious enough to see where it was going to go.

As a debut, I do believe Larsen shines – there’s some bumps in the journey but it is clear she is talented and I look forward to whatever she has coming for us readers next. Lesson learned: don’t go somewhere isolated for a month with a group of people you don’t know that well.

I never like having to write reviews that are less than 3 stars, so I’ll keep this one pretty brief. SHUTTER is the debut from Melissa Larsen and despite this one not entirely working for me this was still a solid first book with some great writing. The premise was great and interesting and there was so much potential, but it was so slow moving. I think that was the only downfall for me. I was anticipating a fast-moving thriller and this definitely a slower building suspense. Going into this knowing that will probably significantly help! Towards the end of the book it really picked up and made up for some of the pacing. That being said, the writing was great and despite having those issues I couldn’t put it down because I needed to know how it was going to end. I’ve seen some other great reviews out there, so it could be a case of it being more of a me as a reader situation. I’ll be curious to see what Larsen comes out with next.

One thought on “#ATBR2021 – Shutter by Melissa Larsen”