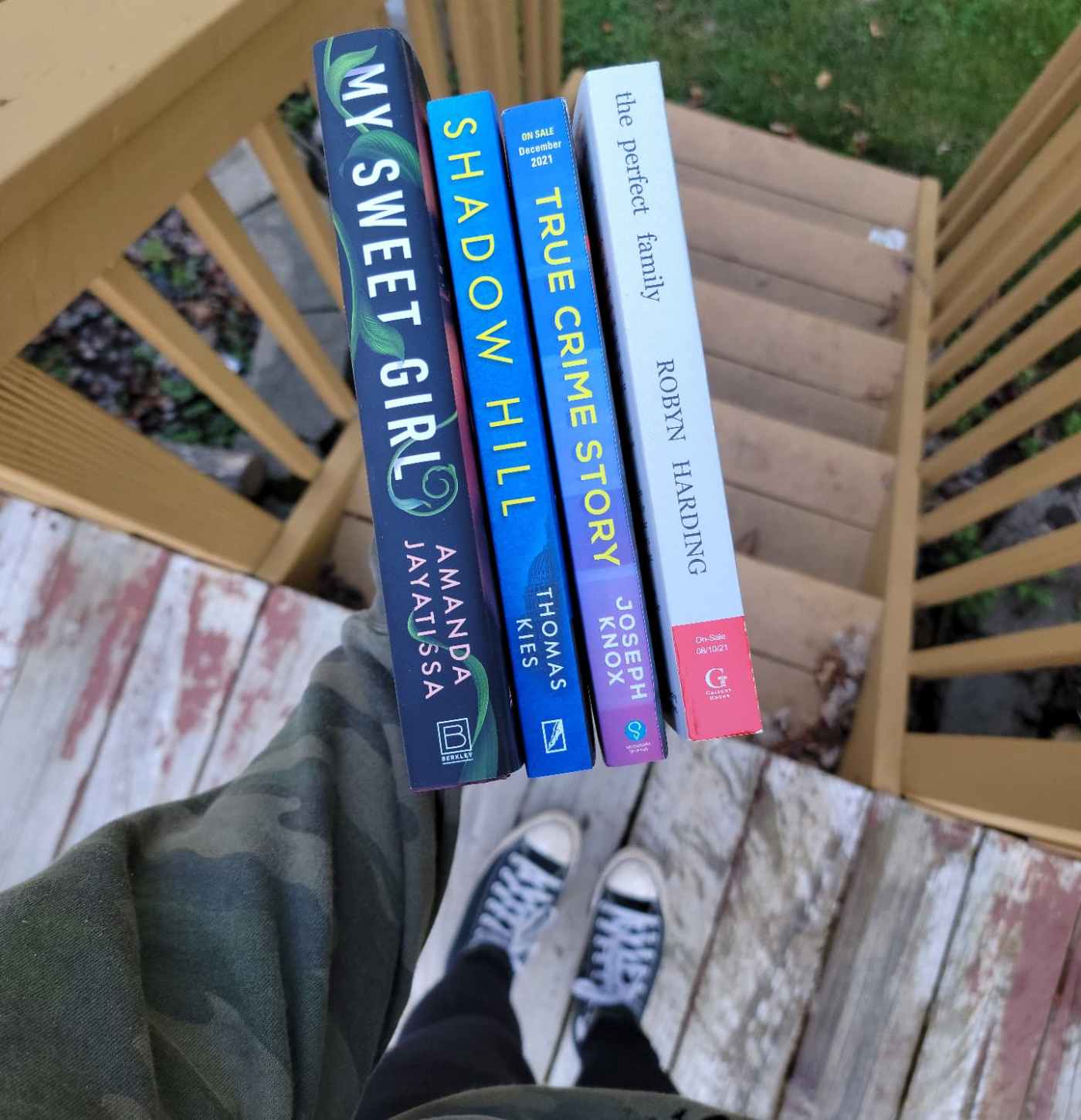 Some upcoming releases are here!

Paloma thought her perfect life would begin once she was adopted and made it to America, but she’s about to find out that no matter how far you run, your past always catches up to you…

Ever since she was adopted from a Sri Lankan orphanage, Paloma has had the best of everything—schools, money, and parents so perfect that she fears she’ll never live up to them.

Now at thirty years old and recently cut off from her parents’ funds, she decides to sublet the second bedroom of her overpriced San Francisco apartment to Arun, who recently moved from India.Paloma has to admit, it feels good helping someone find their way in America—that is until Arun discovers Paloma’s darkest secret, one that could jeopardize her own fragile place in this country.

Before Paloma can pay Arun off, she finds him face down in a pool of blood. She flees the apartment but by the time the police arrive, there’s no body—and no evidence that Arun ever even existed in the first place.

Paloma is terrified this is all somehow tangled up in the desperate actions she took to escape Sri Lanka so many years ago. Did Paloma’s secret die with Arun or is she now in greater danger than ever before?

How far would someone go to protect corporate profits?

Just days before Morris Cutter, a retired powerful oil executive, is scheduled to give a pseudo-scientific report to Congress that will delay crucial action on climate change for decades, he and his wife are found shot to death in their Greenwich, Connecticut, home. The police call it murder-suicide. The couple’s son refuses to accept the official conclusion and hires Geneva Chase, crime reporter turned private detective, to prove otherwise.

Genie soon learns that there are suspects everywhere, including within the deceased’s immediate family. Morris Cutter’s own daughter hadn’t spoken with him in years, and his nephew is a climate activist with a radical organization. But Cutter’s former company has a vested interest in keeping a low profile until it is able to present its mock-science on Capitol Hill. Genie is bribed, then threatened, to wrap up her investigation before the scheduled hearing date–and to concur with the police findings.

When the lead scientist of the study goes missing, followed by Cutter’s daughter, Genie begins to piece together what actually may have happened to Morris and Julia Cutter, putting herself in harm’s way as she races to find the truth

What happens to all the girls who go missing?

The thrilling story of a university student’s sudden disappearance, the woman who became obsessed with her case, and the crime writer who uncovered the chilling truth about what happened…

In 2011, Zoe Nolan walked out of her dormitory in Manchester and was never seen or heard from again. Her case went cold. Her story was sad, certainly, but hardly sensational, crime writer Joseph Knox thought. He wouldn’t have given her any more thought were it not for his friend, Evelyn Mitchell. Another writer struggling to come up with a new idea, Evelyn was wondering just what happened to all the girls who go missing. What happened to the Zoe Nolans of the world?

Evelyn began investigating herself, interviewing Zoe’s family and friends, and emailing Joseph with chapters of the book she was writing with her findings. Uneasy with the corkscrew twists and turns, Joseph Knox embedded himself in the case, ultimately discovering a truth more tragic and shocking than he could have possibly imagined…

Just remember: Everything you read is fiction

Thomas and Viv Adler are the envy of their neighbors: attractive, successful, with well-mannered children and a beautifully restored home.

Until one morning, when they wake up to find their porch has been pelted with eggs. It’s a prank, Thomas insists; the work of a few out-of-control kids. But when a smoke bomb is tossed on their front lawn, and their car’s tires are punctured, the family begins to worry. Surveillance cameras show nothing but grainy images of shadowy figures in hoodies. And the police dismiss the attacks, insisting they’re just the work of bored teenagers. Unable to identify the perpetrators, the Adlers are helpless as the assaults escalate into violence, and worse. And each new violation brings with it a growing fear. Because everyone in the Adler family is keeping a secret—not just from the outside world, but from each other. And secrets can be very dangerous….

This twisty, addictively page-turning suspense novel about a perfect family’s perfect façade will keep you turning pages until its explosive ending.