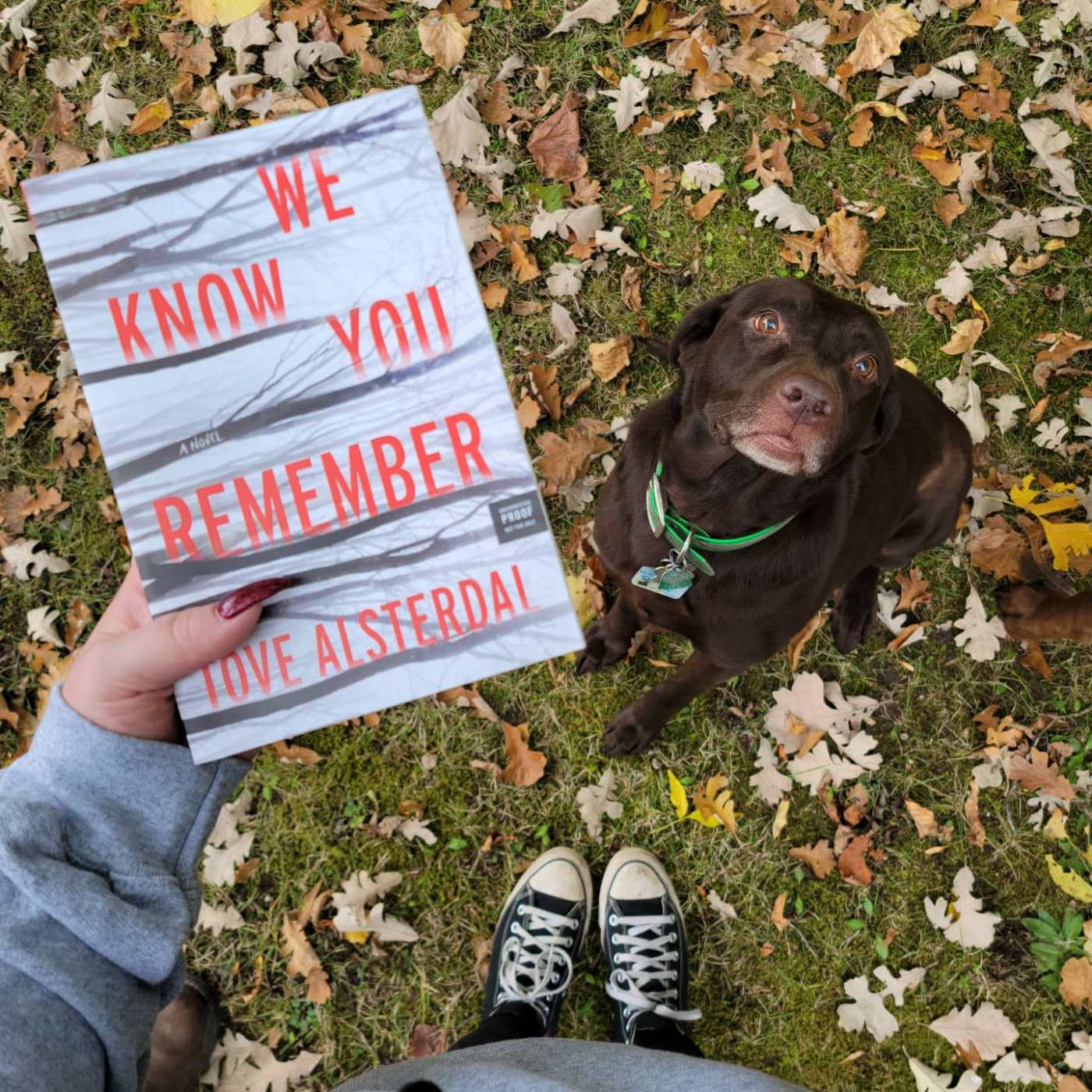 Gotta love having the best little model to help with my photos!

A missing girl, a hidden body, a decades-long cover-up, and old sins cast in new light: the classic procedural meets Scandinavian atmosphere in this rich, character-driven mystery, awarded Best Swedish Crime Novel of the Year, that heralds the American debut of a supremely skilled international writer.

It’s been more than twenty years since Olof Hagström left home. Returning to his family’s house, he knows instantly that something is amiss. The front door key, hidden under a familiar stone, is still there. Inside, there’s a panicked dog, a terrible stench, water pooling on the floor. Upstairs in the shower, the father Olaf has not seen or spoken to in decades is dead.

For police detective Eira Sjödin, the investigation of this suspicious death resurrects long-forgotten nightmares. She was only nine when Olof Hagström, then fourteen, was found guilty of raping and murdering a local girl. The case left a mark on the town’s collective memory—a wound that never quite healed—and tinged Eira’s childhood with fear. Too young to be sentenced, Olof was sent to a youth home and exiled from his family. He was never seen in the town again. Until now.

An intricate crime narrative in which past and present gracefully blend, We Know You Remember is a relentlessly suspenseful and beautifully written novel about guilt and memory in which nothing is what it seems, and unexpected twists upend everything you think you know.

Another great Scandinavian crime novel is here! This book is so atmospheric and completely immerses you in the story from the very beginning. WE KNOW YOU REMEMBER has all the elements you want from this genre – complex characters, an intricate plot, and a setting that you can get lost in. This did have a slower start, that’s for sure, but as you approach the ending it all becomes worth it. The author expertly lays the ground work for us and really develops the characters so that you’re fully invested for the ending. A solid police procedural with a weaving story and an ending I wasn’t expecting!

One thought on “We Know You Remember – Tove Alsterdal”