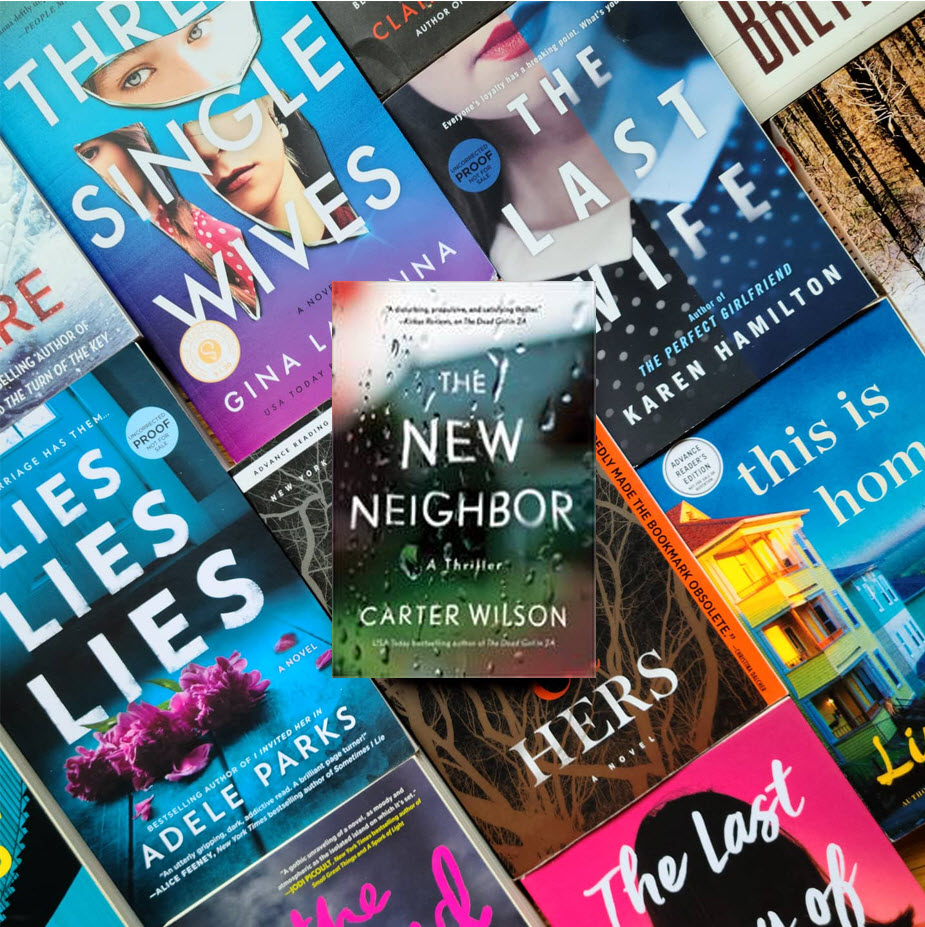 I’ve been a huge fan of Carter Wilson ever since picking up MISTER TENDER’S GIRL a few years ago and I’m SO excited to be part of the cover reveal for his upcoming 2022 release.

USA Today bestselling author Carter Wilson returns with a chilling domestic thriller in THE NEW NEIGHBOR  introducing Aidan Marlowe— longtime lottery player and first-time winner who happens to hit the jackpot on the day of his wife’s funeral.

Aidan’s the superstitious type—he’s been playing the same lottery numbers for fifteen years, never hitting the jackpot. Until now.

Aidan struggles to cope with these two sudden extremes: instant wealth beyond his imagination, and the loss of the only woman he’s ever loved, the mother of his twin children. But the money gives him and his kids options they didn’t have before. They can leave everything behind. They can start a new life in a new town. So they do.

But a huge new house and all the money in the world can’t replace what they’ve lost, and it’s not long before Aidan realizes he’s merely trading old demons for new ones. His clean slate quickly turns ominous when notes start appearing at his door—notes that make it clear that he’s not welcome and that his home may have a past as dark as the one he left behind. Because someone is watching him and his family very closely. Someone who knows exactly who they are, where they’ve come from, and what they’re trying to hide. Someone who will stop at nothing to get what they want.