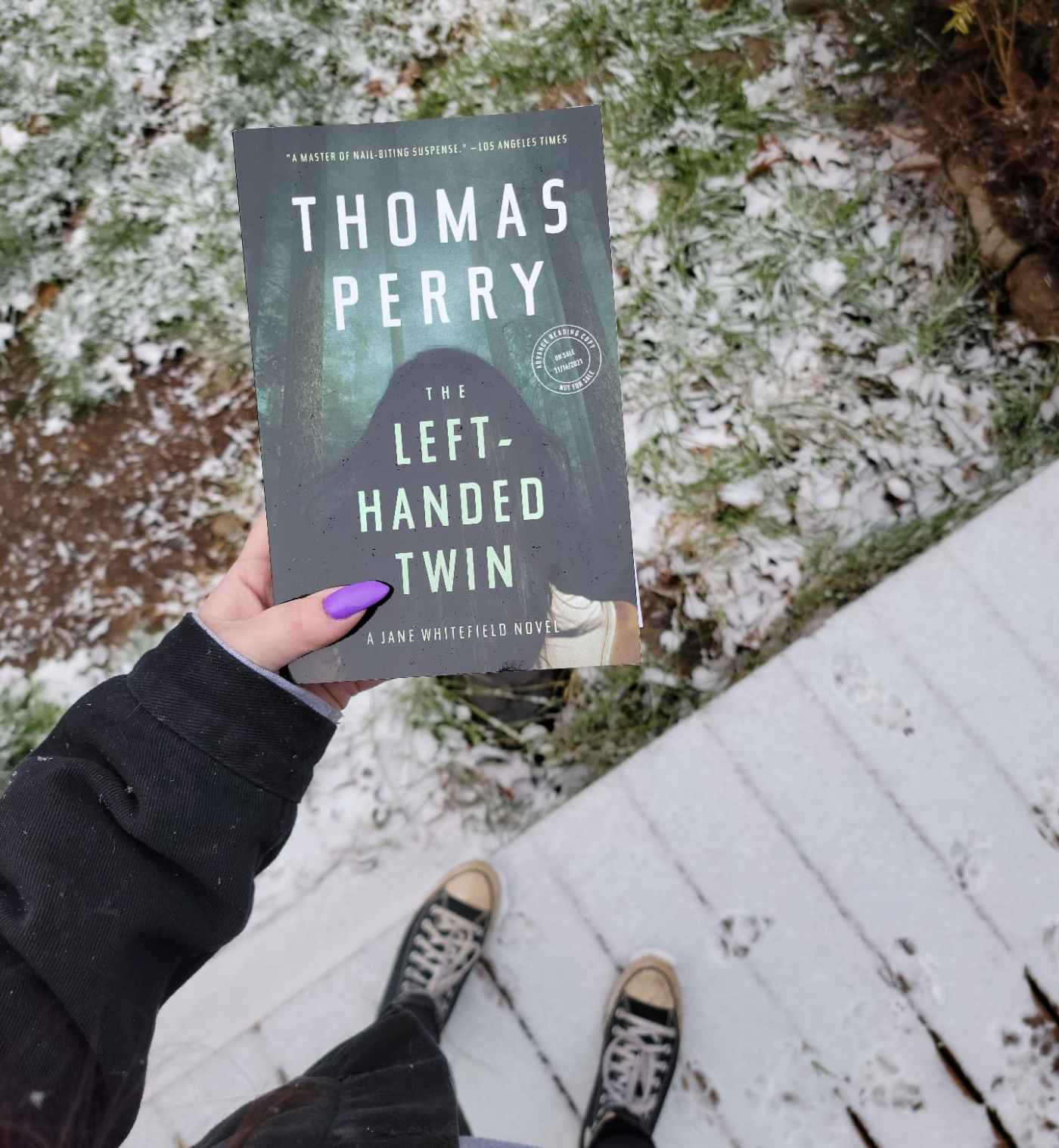 Who knew busy evenings would mean I would fall behind like this in posting? Have a few reviews coming the next couple days and more exciting book mail to share.

Jane Whitefield helps people disappear. Fearing for their lives, fleeing dangerous situations, her clients come to her when they need to vanish completely—to assume a new identity and establish a new life somewhere they won’t be found. And when people are desperate enough to need her services, they come to the old house in rural western New York where Jane was raised to begin their escape.

It’s there that, one spring night, Jane finds a young woman fresh from LA with a whole lot of trouble behind her. After she cheated on her boyfriend, he dragged her to the home of the offending man and made her watch as he killed him. She testified against the boyfriend, but a bribed jury acquitted him, and now he’s free and trying to find and kill her.

Jane agrees to help, and it soon becomes clear that outsmarting the murderous boyfriend is not beyond Jane’s skills. But the boyfriend has some new friends: members of a Russian organized crime brotherhood. When they learn that Sara is traveling with a tall, dark-haired woman who disappears people, the Russians become increasingly interested in helping the boyfriend find the duo. They’ve heard rumors that such a woman existed—and believe that, if forcibly extracted, the knowledge she has of past clients could be worth millions.

Thus begins a bloodthirsty chase that winds through the cities of the northeast before finally plunging into Maine’s Hundred Mile Wilderness. But in a pursuit where nothing can be trusted, one thing is certain: only one party—Jane or her pursuers—will emerge alive.

Despite being the ninth book in the Jane Whitefield series I never felt lost or like I was missing a lot of the story. THE LEFT-HANDED TWIN was my introduction to Thomas Perry and with such an intriguing main character I definitely want to go back and find some more of the series. If you want to disappear, then Jane Whitefield is who you need to go see. She’s an expert at helping people get out of dangerous situations and help them start a completely new life. Her newest client is a young woman that was made to watch as her boyfriend murdered the man she cheated on him with – being acquitted in court by a bribed jury means he’s a free man and is on the hunt for her. Jane realizes that this case might harder than the rest because Russian organized crime is now involved. How can she help Sara disappear when she might also need to do it herself?

This was so addictive. The action doesn’t let up and the pacing is perfect. Nothing felt rushed and there weren’t any lulls either. Jane is a fascinating character and I want to know more about her previous cases and how she manages to help people disappear. If the synopsis intrigues you or you’re a fan of the series already, then I highly recommend picking this one up!

One thought on “The Left-Handed Twin – Thomas Perry”