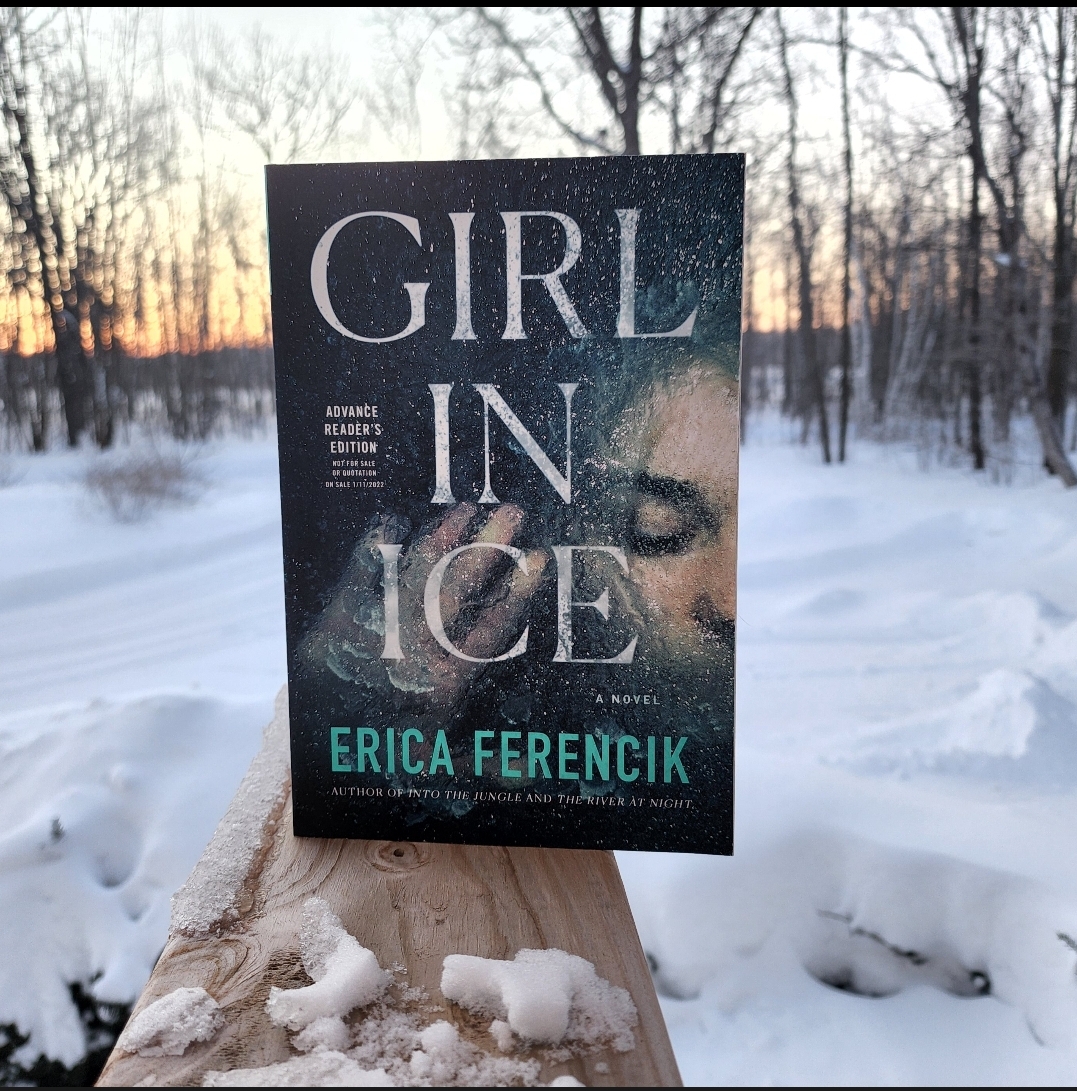 Time for another from Erica Ferencik! My first ever ARC (advanced readers copy) I ever received was her debut novel THE RIVER AT NIGHT (see that review here) so this has a special place for me.

From the author of The River at Night and Into the Jungle comes a harrowing new thriller set in the unforgiving landscape of the Arctic Circle, as a brilliant linguist struggling to understand the apparent suicide of her twin brother ventures hundreds of miles north to try to communicate with a young girl who has thawed from the ice alive.

Valerie “Val” Chesterfield is a linguist trained in the most esoteric of disciplines: dead Nordic languages. Despite her successful career, she leads a sheltered life and languishes in the shadow of her twin brother Andy, an accomplished climate scientist stationed on a remote island off Greenland’s barren coast. But Andy is gone: a victim of suicide, having willfully ventured unprotected into 50 degree below zero weather. Val is inconsolable—and disbelieving. She suspects foul play.

When Wyatt, Andy’s fellow researcher in the Arctic, discovers a scientific impossibility­—a young girl frozen in the ice who thaws out alive, speaking a language no one understands—Val is his first call. Will she travel to the frozen North and meet this girl, try to comprehend what she is so passionately trying to communicate? Under the auspices of helping Wyatt interpret the girl’s speech, Val musters every ounce of her courage and journeys to the Artic to solve the mystery of her brother’s death.

The moment she steps off the plane, her fear threatens to overwhelm her. The landscape is fierce, and Wyatt, brilliant but difficult, is an enigma. But the girl is special, and Val’s connection with her is profound. Only something is terribly wrong; the child is sick, maybe dying, and the key to saving her lies in discovering the truth about Wyatt’s research. Can his data be trusted? And does it have anything to do with how and why Val’s brother died? With time running out, Val embarks on an incredible frozen odyssey—led by the unlikeliest of guides—to rescue the new family she has found in the most unexpected of places.

Let me start by saying that Erica Ferencik has always brought some intense suspense novels in settings that really make you feel isolated and cut off from the world. That is no different here with her newest GIRL IN ICE. Instead of the woods or the rain forest, we are stuck in the Arctic Circle where you can almost feel that -50 degree weather (unfortunately I have experienced those kinds of horrible temperatures and I never want to again). While this wasn’t my favorite of her books this was still an intriguing read for me. If you’re hoping for a really fast paced thriller then you might leave disappointed – this falls into the slow burn suspense category.

There were parts that I really enjoyed and others that didn’t entirely work for me. The premise was very unique and not something that I had read before – a woman found in ice that thaws out and actually lives. Val, a linguist, is brought in to help interpret what she is trying to tell them and from there we get an almost locked room suspense feel because they’re stuck in the Arctic Circle. I know there are a lot of rave reviews out there and I highly recommend her other books, but this one just didn’t hit all the marks for me personally.