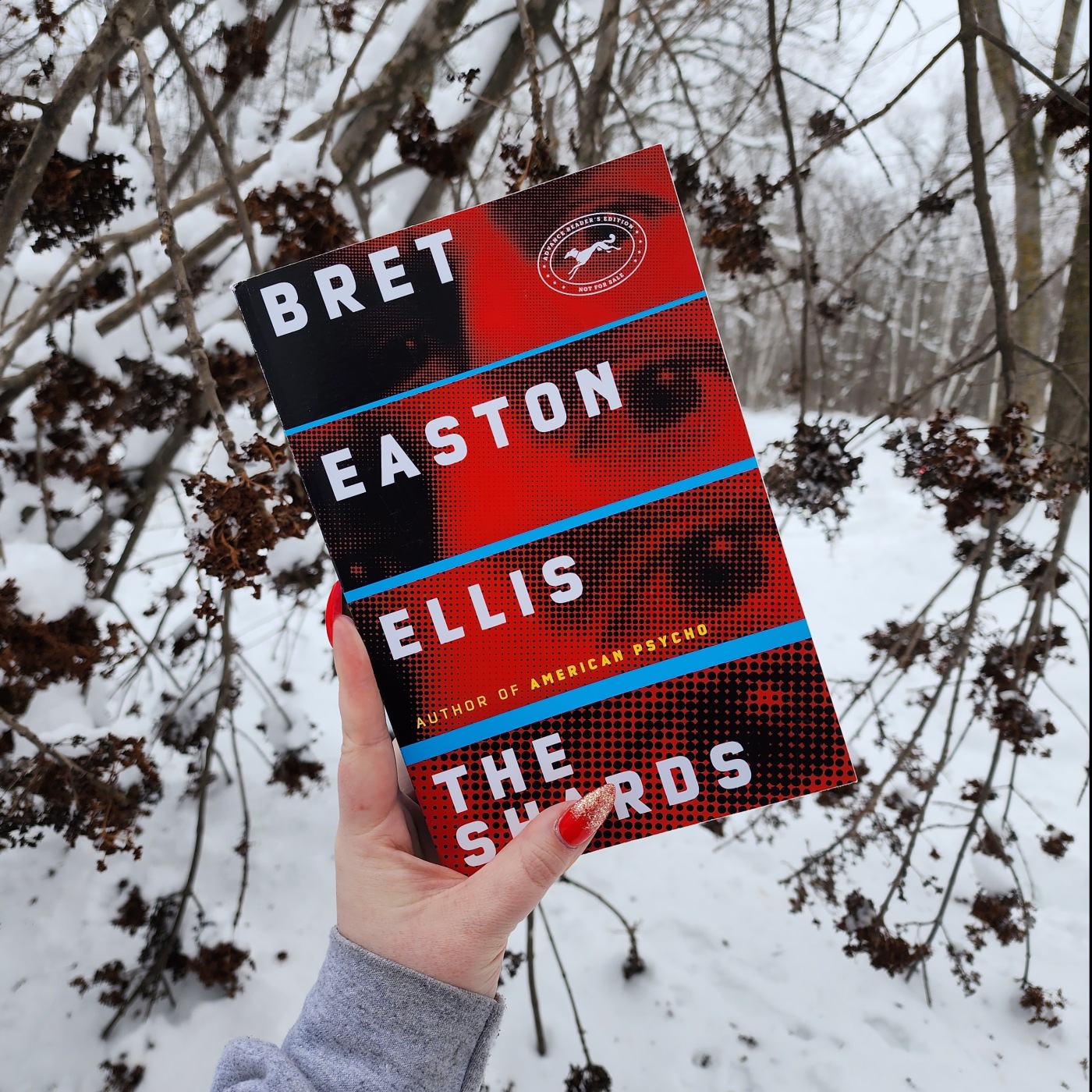 Who has read AMERICAN PSYCHO? Or maybe seen the adaptation with Christian Bale? I’ve done both, and no one really comes close to writing how Ellis does. If you want dark, twisted, and sometimes grotesque books, then he needs to be on your list of authors to check out.

A sensational new novel from the best-selling author of Less Than Zero and Imperial Bedrooms that tracks a group of privileged Los Angeles high school friends as a serial killer strikes across the city.

Bret Easton Ellis’s masterful new novel is a story about the end of innocence, and the perilous passage from adolescence into adulthood, set in a vibrantly fictionalized Los Angeles in 1981 as a serial killer begins targeting teenagers throughout the city.

17-year-old Bret is a senior at the exclusive Buckley prep school when a new student arrives with a mysterious past. Robert Mallory is bright, handsome, charismatic, and shielding a secret from Bret and his friends even as he becomes a part of their tightly knit circle. Bret’s obsession with Mallory is equaled only by his increasingly unsettling pre-occupation with The Trawler, a serial killer on the loose who seems to be drawing ever closer to Bret and his friends, taunting them–and Bret in particular–with grotesque threats and horrific, sharply local acts of violence. The coincidences are uncanny, but they are also filtered through the imagination of a teenager whose gifts for constructing narrative from the filaments of his own life are about to make him one of the most explosive literary sensations of his generation. Can he trust his friends–or his own mind–to make sense of the danger they appear to be in? Thwarted by the world and by his own innate desires, buffeted by unhealthy fixations, he spirals into paranoia and isolation as the relationship between The Trawler and Robert Mallory hurtles inexorably toward a collision.

Set against the intensely vivid and nostalgic backdrop of pre-Less Than Zero LA, The Shards is a mesmerizing fusing of fact and fiction, the real and the imagined, that brilliantly explores the emotional fabric of Bret’s life at 17-sex and jealousy, obsession and murderous rage. Gripping, sly, suspenseful, deeply haunting and often darkly funny, The Shards is Ellis at his inimitable best.

Talk about a killer start to my 2023 reading! Considering there has been a THIRTEEN YEAR gap from Bret Easton Ellis’ last book to this one, I was extremely excited to see this arrive on my doorstep. THE SHARDS is something special. Something that will linger in your mind for awhile after turning that last page – I know I find myself thinking about the ending and different parts of the book often. That alone made it deserving of 5 stars. If you’re already a fan of this author then I think you’re going to absolutely love this book, but if you haven’t liked much of his other work, then I can confidently say that this won’t be the one for you.

THE SHARDS is something unique in that the author has firmly placed himself within the book. It’s equal parts autobiographical and fiction, but there’s only one person that truly knows where that line between fact and fiction blurs. Not only is this book dark overall, it will not be for all readers. It has to do with serial killers, some brutal imagery, and this book is hyper sexual. Lots of graphic scenes throughout the book, something frequent readers of Ellis will be prepared for, so this will not be for the faint of heart.

This book was originally released in parts as a podcast and I’m incredibly curious as to how it compares to the original episodes. What changed from the then to now? I know that audiobooks can always set a completely different tone than a physical book/ebook can create, so was having Ellis telling this story creating a different atmosphere? Was there commentary as he went? I have lots of questions and definitely want to try and find the original podcast episodes! If the synopsis and everything I’ve said still piques your interest, then I’d say give this a try, just be cautioned because it’s very much on the dark and twisted side!

One thought on “The Shards – Bret Easton Ellis”