DEAD ON ARRIVAL by Matt Richtel (releasing August 1st, 2017) is going to be a featured August #allthebookreviews title!

The blurb on the cover is what made me need this book: “Dead on Arrival joins the ranks of classical paranoid thrillers about human achievement running amok, with Stephen King’s The Stand and Michael Crichton’s Terminal Man” — Joseph Finder 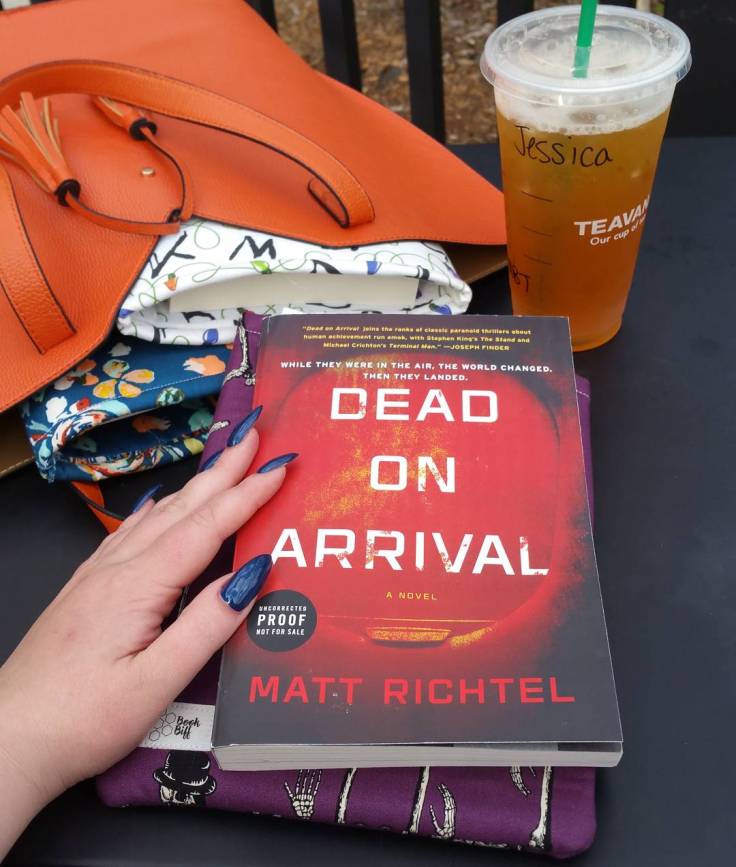 A mysterious disorder threatens to destroy the world in this high-concept thriller from Pulitzer Prize–winning New York Times reporter Matt Richtel, which combines medical science, cutting-edge technology, and breathtaking suspense in the vein of Michael Crichton.

An airplane lands at a desolate airport in a remote Colorado ski town. On board, Dr. Lyle Martin, a world-class infectious disease specialist, is brusquely awakened to shocking news: everyone not on the plane appears to be dead. A lethal new kind of virus may have surfaced, threatening our survival, and now Martin—one of the most sought after virologists on the planet until his career took a precipitous slide—is at the center of the investigation.

The symptoms are the most confounding the experienced doctor has ever seen. Is it the work of terrorists? A biological attack? A natural occurrence? As word of the deadly sickness spreads, panic leads to violence and chaos. Armed and terrified partisans and patriots, stoked by technology and social media, have dug in, unknowingly creating fertile ground for the deadly syndrome Dr. Martin has begun to identify.

As the globe begins to unravel and paranoia and hatred take hold, Martin is forced to face a question as terrifying as this syndrome itself: is the world better left unsaved?

Moving at a breakneck pace from the labs of the Centers for Disease Control to the secret campus of Google X to the marble halls of the Capitol, Dead on Arrival is a brilliantly imaginative, high-concept thriller that draws on Matt Richtel’s years of science and technology reporting for the New York Times, and establishes him as one of the premier technological thriller writers working today.

Can’t wait to get this one going!

Thanks again to William Morrow for an advanced copy in exchange for my honest review.