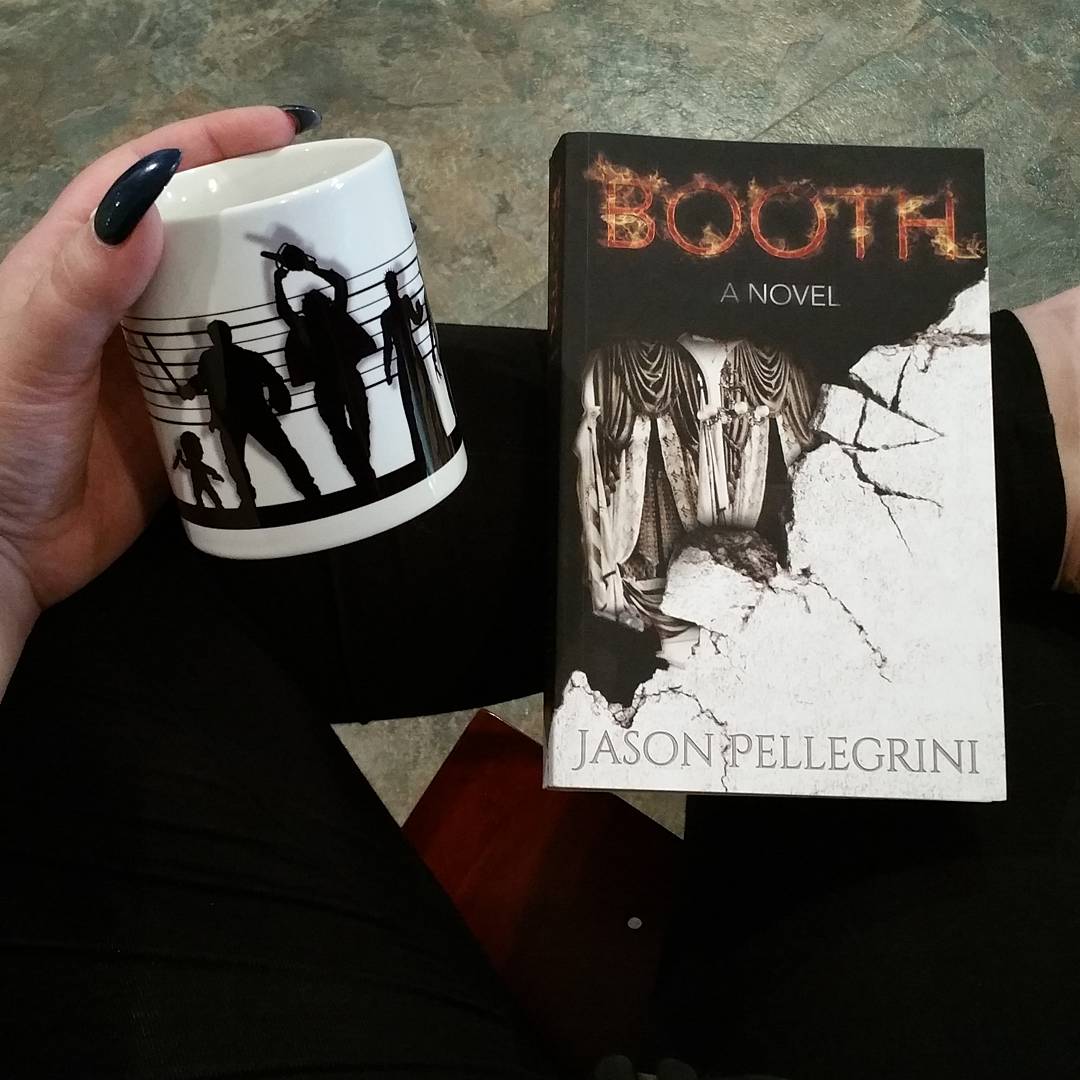 This last week I was able to buddy read BOOTH by Jason Pellegrini with two of my Bookstagram friends! Chandra (@wherethereadergrows) and Sadie (@sadie_reads_them_all) were fun to read along with – the group discussions and all being fans of horror made for a great reading experience.

Overall, we all gave it 4 stars across the board! 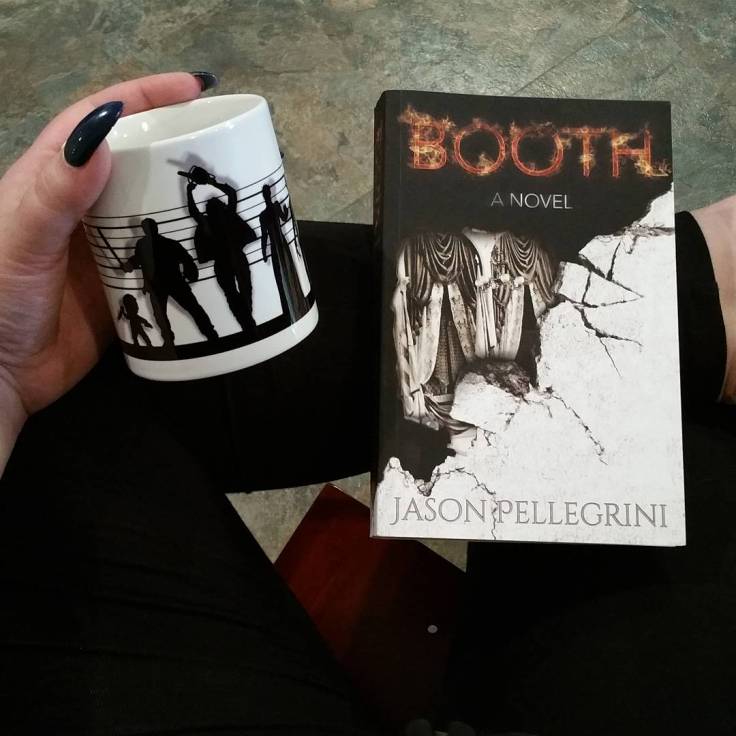 BOOTH by Jason Pellegrini is about Joseph Bateman. He is sitting on death row and his time as come for the electric chair. As he counts down the seconds and minutes until his final moments, he relives the events of his life that brought him to this point in his life. His life was one filled with truly horrific people and twisted events.

Joseph Bateman has endured abuse and truly scarring events throughout his childhood. His childhood best friend, Alex, was his only saving grace. She later on plays a large role in him landing on death row. The author illustrates some very graphic and gruesome events that Joseph has to endure because of his father. He grows up witnessing and listening to the abuse that his father puts his mother through – physical and verbal abuse, and even rape. Little does he know, there is something else much bigger waiting for him on the other side of those 1,000 volts of electricity. His opportunity at redemption has come. He needs to prevent one of history’s most infamous murders.

I really enjoyed the author’s writing. This was the kind of book where you didn’t even realize you had flown through 100 pages. Like my two buddy readers, Chandra and Sadie, I thought that Part One was much better than Part Two of the book. However, the writing still flowed well and the character development was great – he really created a complex and deeply disturbed character in Joseph. I did like how the chapters were named and that they included the dates. It was easy to keep the timeline straight.

As a warning, if reading about very graphic rape scenes or other disturbing acts along this same line, then I’d probably recommend you read with caution. Some parts were very uncomfortable to read. I understand some was to show what made Joseph who he was in the future, but some details could have been omitted. Overall, I really enjoyed this book! I’ll definitely look for more from Jason in the future and I had a lot of fun being able to discuss this with two fellow readers.

Thanks to the author, Jason Pellegrini, for the copy in exchange for our honest reviews!

One thought on “Booth – Jason Pellegrini”