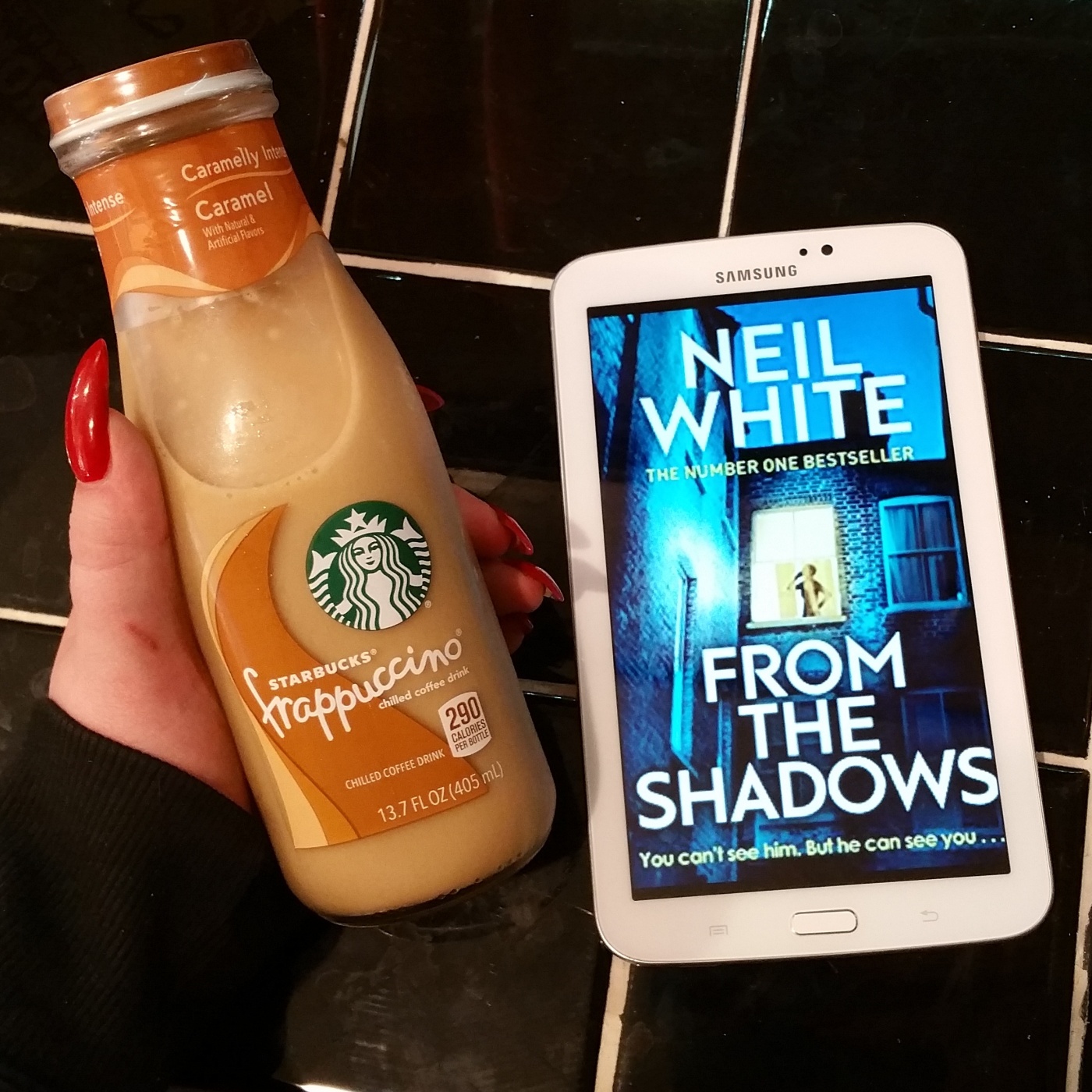 Another great August release from Netgalley!

Big thanks to Bonnier Zaffre and Netgalley for the advanced ebook copy in exchange for my honest review.

FROM THE SHADOWS by Neil White – released August 10th!

A solid start to a new courtroom/crime series.

Here is book one in a new series from Neil White. This is my first book by him and it was a great crime fiction read! Murder, police investigation, and a lawyer that won’t idly sit by like everyone wants him to, because they all believe his client is guilty of murder.

He is hiding in the shadows – watching you, waiting for his moment. He sneaks into your home when you’re gone, hiding under the bed to watch you sleep at night until he decides to strike. Mary Kendricks is a smart, young teacher of just 24, and she has been brutally murdered. Robert Carter has been accused of killing her. Defense attorney, Dan Grant, has been given Carter’s case only weeks before the trial date. Since everyone “knows” Carter is guilty, they simply expect Grant to just babysit him until the trial date. Grant is not one to sit by like this, he is determined to defend his client and will follow the evidence.

His investigator, Jayne Brett, helps him look into the case. They begin to uncover the truth and learn there is a lot more to this case than meets the eye. Will they have to go outside the system in order to find more evidence and defend his client?

This was a great thriller – some courtroom drama, murder, and police investigations thrown in together made for a fast paced read. You can tell that White has extensive knowledge on the topic, between research and being a prosecutor himself. The characters were great and the development was just enough for the reader to be drawn in for the first book in a series. I’m excited to learn more about Dan and Jayne in future novels!

Overall, if you want an action packed courtroom thriller, then this is the next book for you! A solid start to a new series.

Any John Grisham or Michael Connelly fans out there? I will always love THE LINCOLN LAWYER, so when I saw a new courtroom drama, I had to request it!

Check back next week to see what Chandra and I collectively thought for #allthebookreviews !

One thought on “From the Shadows – Neil White”