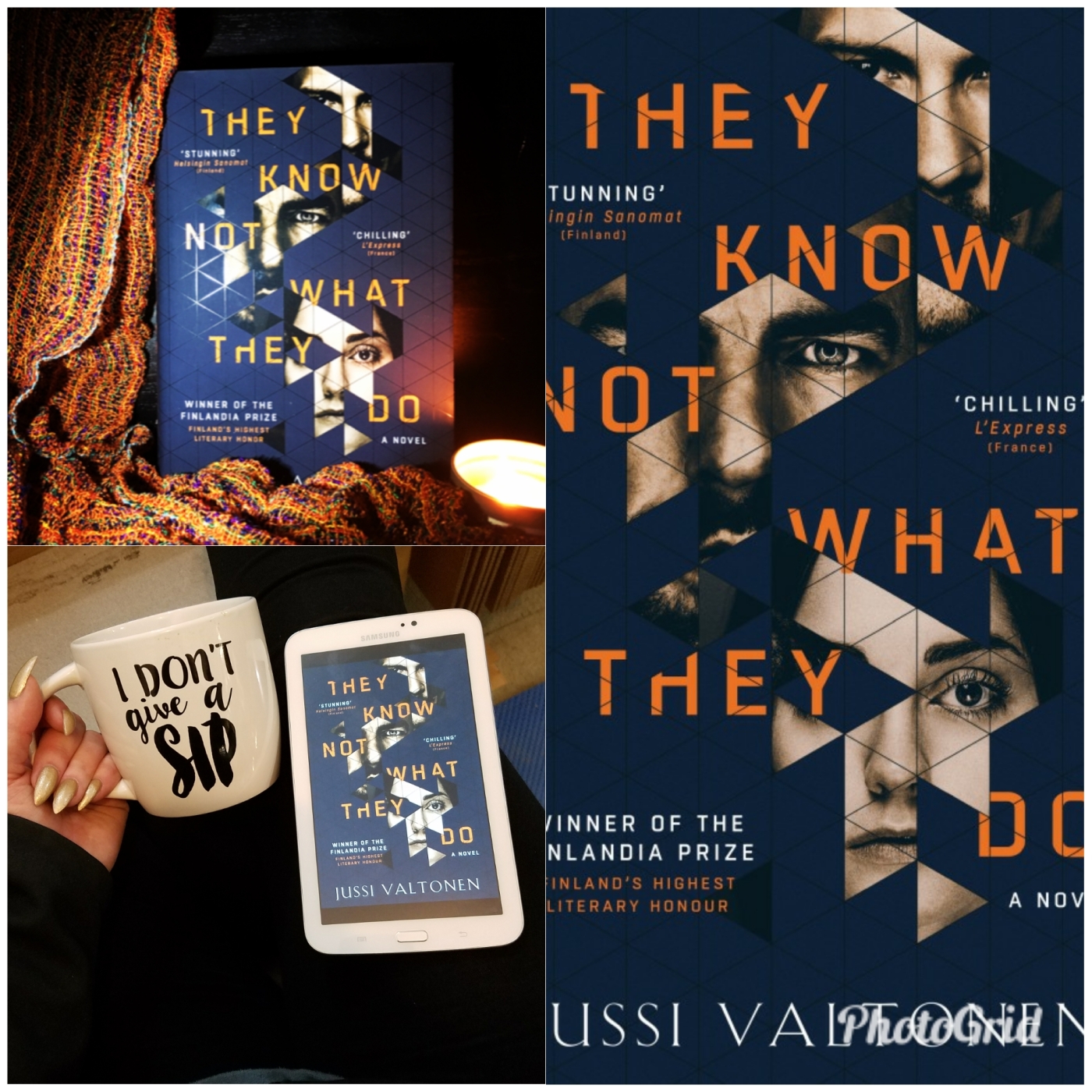 It’s here, the last book for the #CJSReads2017 list. We are now, officially, transitioning into #CJSReads2018 🙂

Thanks to ONEWorld Publications and Netgalley for the advanced ebook copies in exchange for our honest reviews.

THEY KNOW NOT WHAT THEY DO – Jussi Valtonen (out now!) 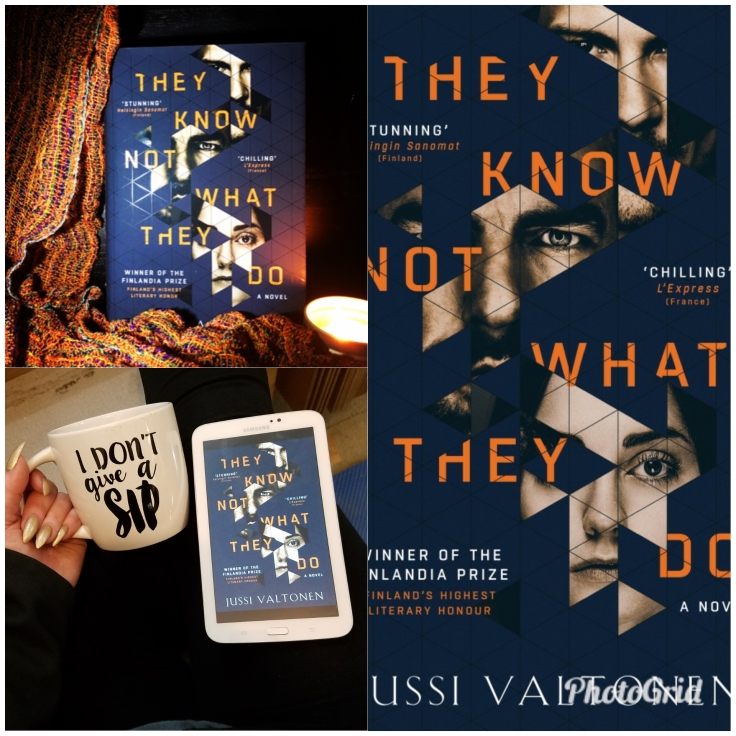 First let me say that for some reason I think a vast majority of readers were expecting this to be a thriller type of read.  However, if you look at the synopsis, you realize that it’s NOT.  This is a contemporary fiction piece.  For those expecting the former and getting the latter, I think it will sway reviews.  That being said, let’s continue on to what I thought as I was one of the former who then changed my expectations based on the blurb once I read it again.

I absolutely adore a good contemporary piece of fiction.  What the author does well is building each of the characters.  We get an in-depth look into these character’s minds.  The writing style is beautifully executed and how well the author takes this complex and multi-layered story is a testament to winning the Finlandia Prize!

I did think there was a bit TOO much going on sometimes and would find myself becoming disinterested in certain areas of the book.  While I can appreciate the detailing and back stories that were integrated, sometimes it became a bit much to keep my full attention.

This is one of those books where I truly want to love it because I can appreciate all the finer things the book brings to the table.  However, it did move a little too slow for me in certain areas and I found my interest waning.  What did work is the beautiful way the story is told – the back and forth in Joe and Alina’s relationships, their son, Samuel and his perspective.

It’s interesting how we live our life through just our own perspective.  If you put three people in the same situation that they are experiencing together, they will tell you three different stories on what actually happened because of how they viewed that experience through their own eyes.  Sometimes you really need to pay attention to how others can perceive your actions and words.

If you want an atmospheric, tech-savvy, domestic drama type of read, then this winner will work for you!

Over the holidays, I spent several hours (okay…fine, days) binge-watching Zoo, the TV series based on the book by James Patterson.  As soon as I read the synopsis for the #cjsreads pick,  They Know Not What They Do by Jussi Valtonen, I got a serious Zoo vibe from it, probably based on the fact that the lead character, Joe Chayefski (a neuroscientist) has his lab targeted by animal rights activists.  I eagerly dove in, anxious to see if my suspicions were correct.  They were not.

Not by a long shot.

In fact, every presumption I had going into this book was incorrect.

First, this novel was not a thriller.  I was sort of expecting the same sort of vibe that Scandinavian crime fiction brings me, instead, I found this novel to be more like contemporary drama mixed with some science fiction elements and it was extremely character heavy.    Now, don’t get me wrong, the writing by Valtonen is superb.  The characters were described with extreme finesse and their stories were beautifully developed, however, the plot itself was extremely slow moving.   If you are looking for heart pounding, mind racing twists and turns, this book would leave you disappointed.  I am a self-pronounced binge reader- I like to sit down and become completely engrossed in a book.  However, with They Know Not What They Do, I found there was so much going on and it was written in such a long and drawn out way that I found myself disinterested and confused.   There would have been no way for me to binge read this one.

Clearly, I was not the right reader for this novel, given the types of book I am drawn to on the regular.  However, if you prefer something more character-centric that can be read slowly, then this could be a good choice!

Right off the bat, I will say that this title was definitely marketed incorrectly. If you’re expecting a thriller, then you may be disappointed when you realize its more of a contemporary fiction novel (which isn’t a bad thing!). Just go into THEY KNOW NOT WHAT THEY DO knowing that it isn’t a thriller. However, it is a great character study with an intertwining story between them.

Joe Chayefski has finally achieved his goals in life. He’s on of the top neuroscientists in America and he has the perfect family: a loving wife and two beautiful daughters. One day this picture perfect life is threatened when his lab is targeted by animal rights activists, and to make things worse, his ex-wife Alina, calls him out of the blue. His son Samuel, whom he abandoned for his career in another country. Samuel is in the US now and searching for his estranged father to have his revenge.

It definitely comes off as a thriller or suspense novel, but it’s more of a contemporary drama. Jussi Valtonen does a fantastic job developing each character in this novel. You really get to know them all and what makes them tick. The author expertly weaves together the lives of these characters as well as the transitioning between timelines. I can appreciate how wonderfully written this book is – especially with it being a translation. However, it did feel like it was dragging for a little bit.

Overall, if you like a good contemporary drama, then this will be a great one to pick up. If you’re wanting a thriller/suspense novel, then this one won’t be for you. The great writing and characters made this book so interesting and I will definitely keep an eye out for more from Valtonen.

How did you end off the year with reading?