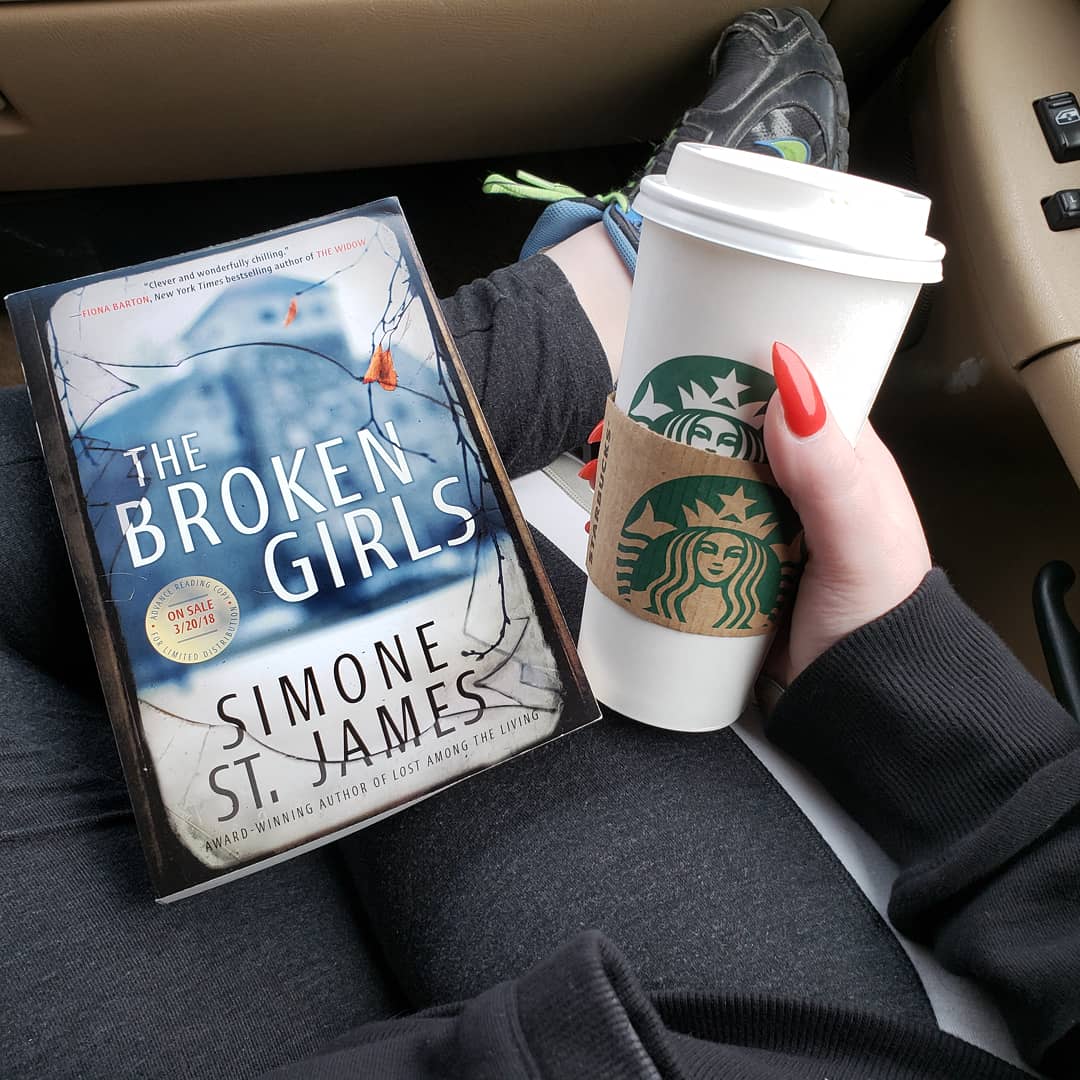 Thanks to Berkley Pub #PRHPartner for the advanced copy in exchange for my honest review.

Check back later for the #CJSReads2018 thoughts 🙂

Before starting this, I had seen some positive reviews, so I was excited to start! THE BROKEN GIRLS was my introduction to Simone St. James, and it won’t be my last. In this thriller meets supernatural fiction we focus on Idlewild Hall and the secrets its been keeping for decades.

St. James brings us back and forth between 1950 and 2014, what do they have in common? Idlewild Hall. This was originally a home that troubled girls were sent when no one wanted them any longer. In the small Vermont town, there had always been rumors that the building was haunted. One day one of the girls disappears, never to be heard from again.

Fast forward to Vermont in 2014 – Fiona is a journalist and she is still haunted by the death of her sister. Twenty years ago, her body was found near the abandoned Idlewild Hall, and her boyfriend was convicted. When news of the restoration of the building reaches Fiona, she decides to do an investigative story on the history, and the secrets she finds are ones that were meant to stay buried.

The story had an overall eerie and dark tone to it, the supernatural element gave this mystery thriller an edge that others don’t typically have. I think that St. James did a fantastic job blending these genres together and I really enjoyed it! You’d think that the two timelines and different stories would get confusing and muddled together, but the author does a great job keeping the timelines separate.

Overall, I’ll definitely be picking up more from St. James. If you want a great female lead, like the alternate timelines with a similar focal point (Idlewild Hall), and a touch of supernatural to your mystery, then this is the book for you!

Have you read this one yet? Thoughts?