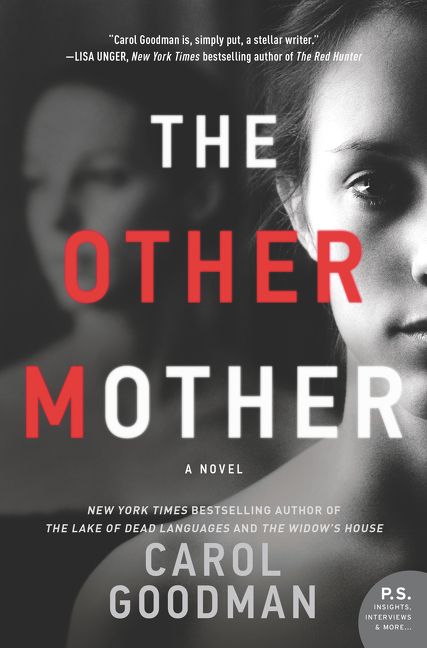 It’s Monday – but it’s also book tour day, so it’s not all that bad!

Thanks to William Morrow and TLC Book Tours for the advanced copy in exchange for my honest review.

THE OTHER MOTHER – Carol Goodman (out now!)

“An atmospheric and harrowing tale, richly literary in complexity but ripe with all the crazed undertones, confusions, and forebodings inherent in the gothic genre. Recommend this riveting, du Maurier–like novel to fans of Jennifer McMahon.” — Booklist (starred review)

From the author of the internationally bestselling The Lake of Dead Languages comes a gripping novel about madness, motherhood, love, and trust.

When Daphne Marist and her infant daughter, Chloe, pull up the gravel drive to the home of Daphne’s new employer, it feels like they’ve entered a whole new world. Tucked in the Catskills, the stone mansion looks like something out of a fairy tale, its lush landscaping hiding the view of the mental asylum just beyond its border. Daphne secured the live-in position using an assumed name and fake credentials, telling no one that she’s on the run from a controlling husband who has threatened to take her daughter away.

Daphne’s new life is a far cry from the one she had in Westchester where, just months before, she and her husband welcomed little Chloe. From the start, Daphne tries to be a good mother, but she’s plagued by dark moods and intrusive thoughts that convince her she’s capable of harming her own daughter. When Daphne is diagnosed with Post Partum Mood Disorder, her downward spiral feels unstoppable—until she meets Laurel Hobbes.

Laurel, who also has a daughter named Chloe, is everything Daphne isn’t: charismatic, sophisticated, fearless. They immediately form an intense friendship, revealing secrets to one another they thought they’d never share. Soon, they start to look alike, dress alike, and talk alike, their lives mirroring one another in strange and disturbing ways. But Daphne realizes only too late that being friends with Laurel will come at a very shocking price—one that will ultimately lead her to that towering mansion in the Catskills where terrifying, long-hidden truths will finally be revealed….

This was my introduction to Carol Goodman, and I had heard great things about her writing. THE OTHER MOTHER did not disappoint. This had a great pacing to it and kept me engaged throughout the read. We dive into some mental illness and obsession.

Daphne and her infant daughter, Chloe, arrive at the home of her new employer. The home is hidden in the Catskills and the mansion looks idyllic, even with the neighboring asylum hidden behind the landscaping. Daphne is escaping her controlling husband, so she assumes a new identity and fakes her resume to get her new position.

Daphne soon finds herself plagued with awful thoughts about harming Chloe. They aren’t strong enough to act upon, but intrusive enough to where she questions herself and if she’s capable of harming her infant daughter. She is soon diagnosed with Post Partum Depression and that begins her slow spiral. That all comes to a halt after meeting Laurel.

Laurel is her opposite in every way, their commonality? They both have young daughters named Chloe. Their friendship grows immediately and they tell each other things they normally would keep to themselves. Slowly their friendship beings to transform – they’re starting to mirror each other. Daphne begins to uncover disturbing secrets and must decide if her friendship is worth the price she’d have to pay.

This dives into the mind of a woman struggling with PPD and I know sometimes those are topics not everything is eager to pick up, but I think Goodman does a fantastic job bringing the readers into Daphne’s mind and experiencing her struggles. The twists and turns in this were great and the pacing made for a strong build for the story. I feel like the ending wasn’t as climactic as I was hoping it would be, but otherwise I really enjoyed it! 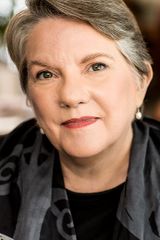 Carol Goodman is the critically acclaimed author of fourteen novels, including The Lake of Dead Languages and The Seduction of Water, which won the 2003 Hammett Prize. Her books have been translated into sixteen languages. She lives in the Hudson Valley with her family, and teaches writing and literature at the New School and SUNY New Paltz.