You can see my thoughts to Goodman’s other book, THE OTHER MOTHER, here and THE NIGHT VISITORS here

In the tradition of Daphne du Maurier, Shari Lapena, and Michelle Richmond comes a new thriller from the bestselling author of The Lake of Dead Languages—a twisty, harrowing story set at a prestigious prep school in which one woman’s carefully hidden past might destroy her future.

Tess has worked hard to keep her past buried, where it belongs. Now she’s the wife to a respected professor at an elite boarding school, where she also teaches. Her seventeen-year-old son, Rudy, whose dark moods and complicated behavior she’s long worried about, seems to be thriving: he has a lead role in the school play and a smart and ambitious girlfriend. Tess tries not to think about the mistakes she made eighteen years ago, and mostly, she succeeds.

And then one more morning she gets a text at 2:50 AM: it’s Rudy, asking for help. When Tess picks him up she finds him drenched and shivering, with a dark stain on his sweatshirt. Four hours later, Tess gets a phone call from the Haywood school headmistress: Lila Zeller, Rudy’s girlfriend, has been found dead on the beach, not far from where Tess found Rudy just hours before.

As the investigation into Lila’s death escalates, Tess finds her family attacked on all sides. What first seemed like a tragic accidental death is turning into something far more sinister, and not only is Tess’s son a suspect but her husband is a person of interest too. But Lila’s death isn’t the first blemish on Haywood’s record, and the more Tess learns about Haywood’s fabled history, the more she realizes that not all skeletons will stay safely locked in the closet. 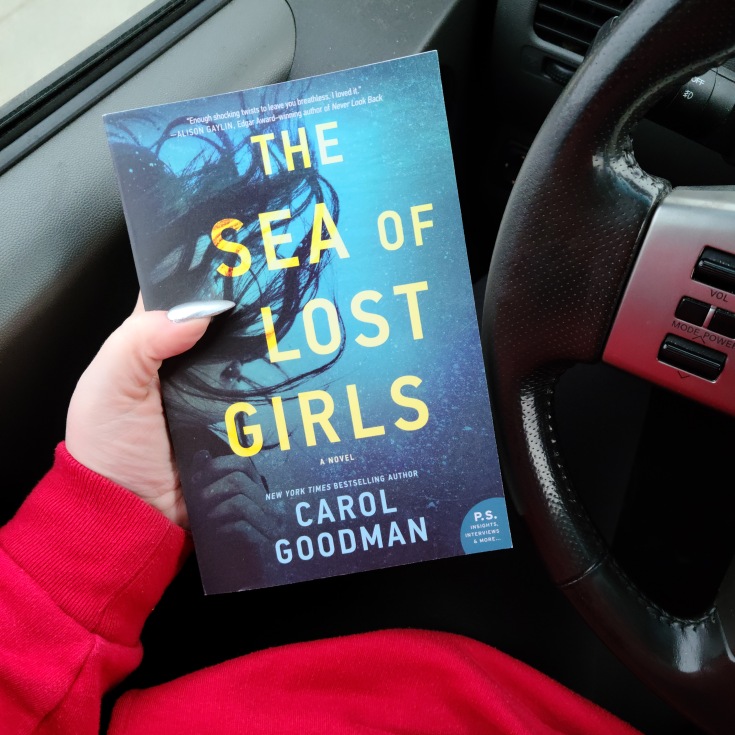 This is my third outing with Carol Goodman and I really enjoy her writing style. All three books have been really quick to get through and just enough suspense to keep my interest piqued as the story progresses. THE SEA OF LOST GIRLS brings plenty of secrets, some red herrings, and a mother’s determination to protect her family.

Tess seems to have an ideal life – a husband that is a respected professor at a prestigious boarding school and a son that is thriving at school and has a motivated and ambitious girlfriend. Everything is going great until one night at almost 3am she gets a text from her son, Rudy. He needs help, so of course she goes to pick him up. Hours later, she receives a call from the school telling her that Lila, Rudy’s girlfriend, has been found dead. Her body was found not far from where she picked up Rudy that night. Did he have anything to do with it?

Not only is Tess’s son a suspect, but her husband is too. Her family isn’t the only thing she’s trying to keep together during the investigation – she’s desperately trying to keep her past buried and hidden. We all know that some secrets always come to light and that’s what she’s hoping to avoid.

While this one didn’t completely wow me with the ending or the twist, I still really enjoyed the book. It kept a good pace throughout and I never found myself losing interest in the mystery. I will continue to pick up more from Goodman in the future! Definitely recommend trying this one out.

Carol Goodman is the critically acclaimed author of fourteen novels, including The Lake of Dead Languages and The Seduction of Water, which won the 2003 Hammett Prize. Her books have been translated into sixteen languages. She lives in the Hudson Valley with her family, and teaches writing and literature at the New School and SUNY New Paltz.