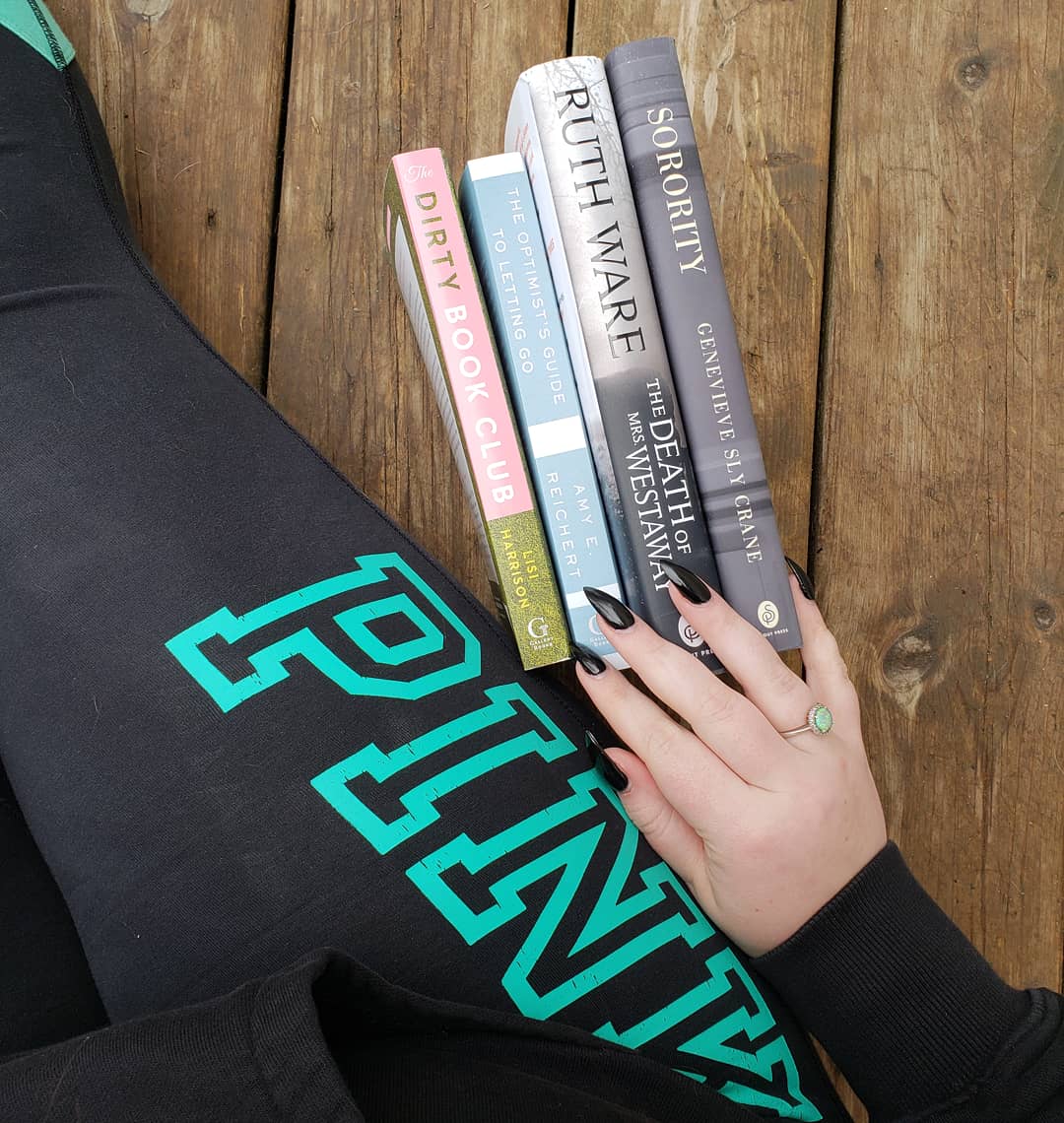 It’s always a good day when you get book mail with multiple books in the same package!

Thanks to the always amazing people at Gallery Books for the copies in exchange for my honest review. 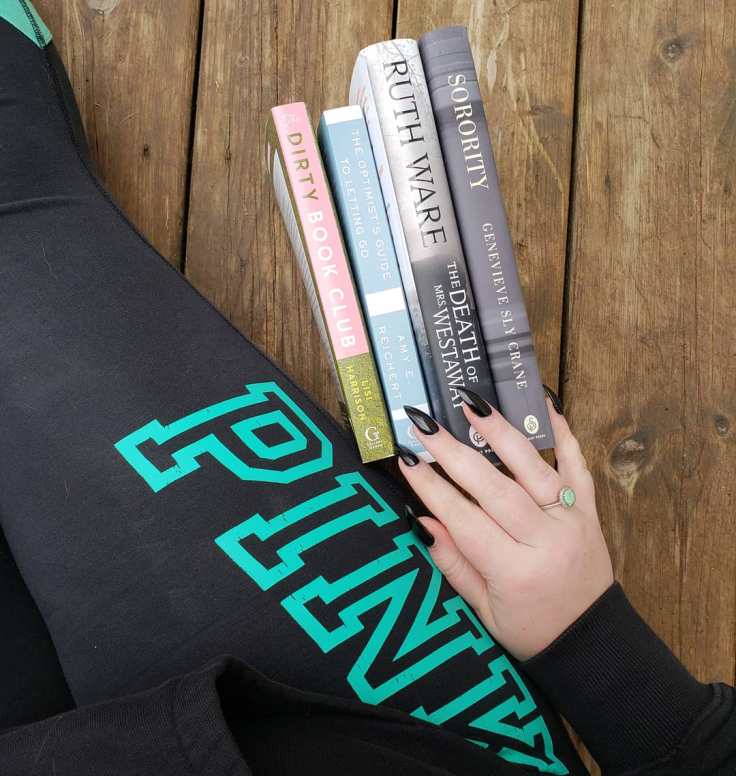 M.J. Stark’s life is picture-perfect—she has her dream job as a magazine editor, a sexy doctor boyfriend, and a glamorous life in New York City. But behind her success, there is a debilitating sense of loneliness. So when her boss betrays her and her boyfriend offers her a completely new life in California, she trades her cashmere for caftans and gives it a try. Once there, M.J. is left to fend for herself in a small beach town, with only the company of her elderly neighbor Gloria and an ocean that won’t shut up.

One afternoon, M.J. discovers that Gloria has suddenly moved to Paris with her friends to honor a fifty-year-old pact. And in lieu of a goodbye, she’s left a mysterious invitation to a secret club—one that only reads erotic books. Curious, M.J. accepts and meets the three other hand-selected club members. As they bond over naughty bestsellers and the shocking letters they inherited from the original club members, the four strangers start to divulge the intimate details of their own lives…and as they open up, they learn that friendship might just be the key to rewriting their own stories: all they needed was to find each other first.

Three generations. Seven days. One big secret. The author of The Coincidence of Coconut Cake unfolds a mother-daughter story told by three women whose time to reckon with a life-altering secret is running out.

Gina Zoberski wants to make it through one day without her fastidious mother, Lorraine, cataloguing all her faults, and her sullen teenage daughter, May, snubbing her. Too bad there’s no chance of that. Her relentlessly sunny disposition annoys them both, no matter how hard she tries. Instead, Gina finds order and comfort in obsessive list-making and her work at Grilled G’s, the gourmet grilled cheese food truck built by her late husband.

But when Lorraine suffers a sudden stroke, Gina stumbles upon a family secret Lorraine’s kept hidden for forty years. In the face of her mother’s failing health and her daughter’s rebellion, this optimist might find that piecing together the truth is the push she needs to let go…

On a day that begins like any other, Hal receives a mysterious letter bequeathing her a substantial inheritance. She realizes very quickly that the letter was sent to the wrong person—but also that the cold-reading skills she’s honed as a tarot card reader might help her claim the money.

Soon, Hal finds herself at the funeral of the deceased…where it dawns on her that there is something very, very wrong about this strange situation and the inheritance at the center of it.

Full of spellbinding menace and told in Ruth Ware’s signature suspenseful style, this is an unputdownable thriller from the Agatha Christie of our time.

Prep meets Girls in White Dresses in Genevieve Sly Crane’s deliciously addictive, voyeuristic exploration of female friendship and coming of age that will appeal to anyone who has ever been curious about what happens in a sorority house.

Twinsets and pearls, secrets and kinship, rituals that hold sisters together in a sacred bond of everlasting trust. Certain chaste images spring to mind when one thinks of sororities. But make no mistake: these women are not braiding each other’s hair and having pillow fights—not by a long shot.

What Genevieve Sly Crane has conjured in these pages is a blunt, in your face look behind the closed doors of a house full of contemporary women—and there are no holds barred. These women have issues: self-inflicted, family inflicted, sister-to-sister inflicted—and it is all on the page. At the center of this swirl is Margot: the sister who died in the house, and each chapter is told from the points of view of the women who orbit her death and have their own reactions to it.

With a keen sense of character and elegant, observant prose, Crane details the undercurrents of tension in a world where perfection comes at a cost and the best things in life are painful—if not impossible—to acquire: Beauty. A mother’s love. And friendship… or at least the appearance of it. Woven throughout are glimmers of the classical myths that undercut the lives of women in Greek life. After all, the Greek goddesses did cause their fair share of destruction.

Which of these are on your TBR?