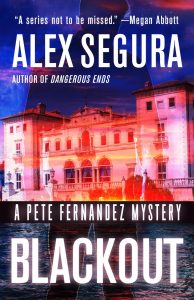 Acclaimed novelist Alex Segura returns with Blackout, his fourth Pete Fernandez Mystery – which drags the embattled PI back to Miami for his deadliest case yet.

In Blackout, startling new evidence in a cold case that’s haunted Pete drags the exiled PI back to his hometown of Miami. But as Pete and his partner Kathy Bentley delve deeper into the unsolved murder, they become entangled in Miami’s obsession with a charismatic and dangerous cult leader and his even more menacing followers. At the same time, the detectives find themselves at odds with a Florida politician’s fixation on wealth, fame and power. It all converges in the heart of the Magic City and Pete is left scrambling to pick up the pieces—or die trying.

The Pete Fernandez novels have always run on two tracks – the long-buried Miami mystery that Pete is forced to solve, and Pete’s often unpredictable evolution from self-destructive alcoholic to somewhat functional private eye. In Blackout, those two tracks blend into one dark, personal and deadly tale of dangerous obsession that will leave Pete Fernandez completely changed. It’s all been building to this. 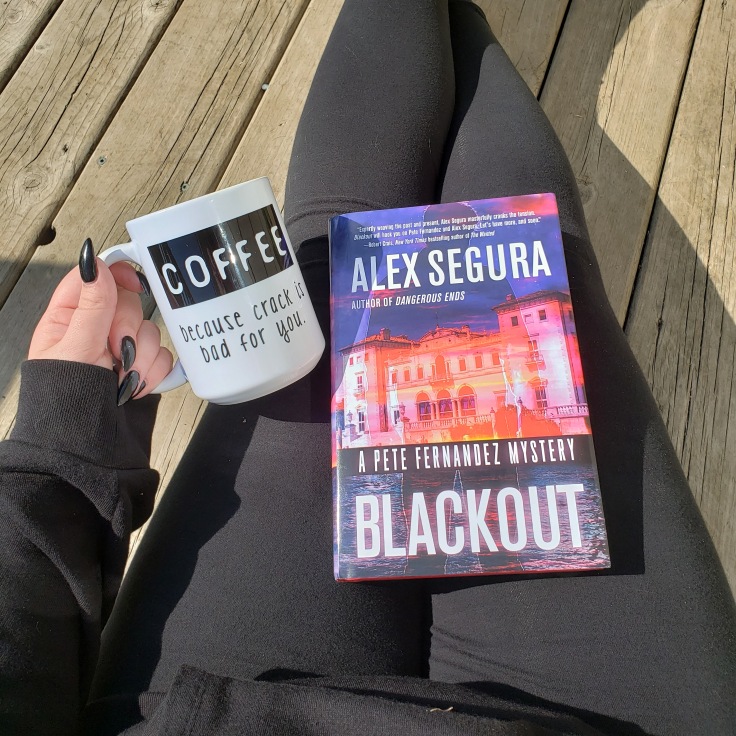 This was my introduction to Alex Segura and his Pete Fernandez series. Despite BLACKOUT being book four in the series, I didn’t feel lost or like I was missing out on vital information! So don’t let that deter you from picking this one up.

Pete Fernandez is a Private Investigator and there has been a cold case haunting him for years. When surprising new evidence is found, he is sent back down to his hometown of Miami to help in the development. Not only do we get to dive into a cold case murder mystery, but we get introduced to a charismatic, and at times, violent cult leader. Anything with cults will have my attention! It always intrigues me to see how authors portray the devoted followers of these powerful and enigmatic leaders.

The story jumps between 1998 and 2017, and the author does a fantastic job setting the scene. As someone that has been to Miami many times (would visit family friends every year), I felt like I was back there again. Segura really captures the city well and I loved Pete’s character. I’ll definitely be going back for books 1-3 in this series!

Alex Segura is a novelist and comic book writer. He is the author of the Pete Fernandez Miami Mystery novels, which include SILENT CITY, DOWN THE DARKEST STREET, DANGEROUS ENDS, and BLACKOUT all via Polis Books.

He has also written a number of comic books, including the best-selling and critically acclaimed ARCHIE MEETS KISS storyline, the “Occupy Riverdale” story, and the ARCHIE MEETS RAMONES and THE ARCHIES one-shots.

His work has appeared in the anthologies PROTECTORS 2, WAITING TO BE FORGOTTEN: STORIES OF CRIME AND HEARTBREAK INSPIRED BY THE REPLACEMENTS and APOLLO’S DAUGHTERS and in publications including The Daily Beast,

A Miami native, he lives in New York with his wife and son.